Home » TV and Movies » Aaron jailed for Far-Right attack after Harvey reports him in EastEnders? 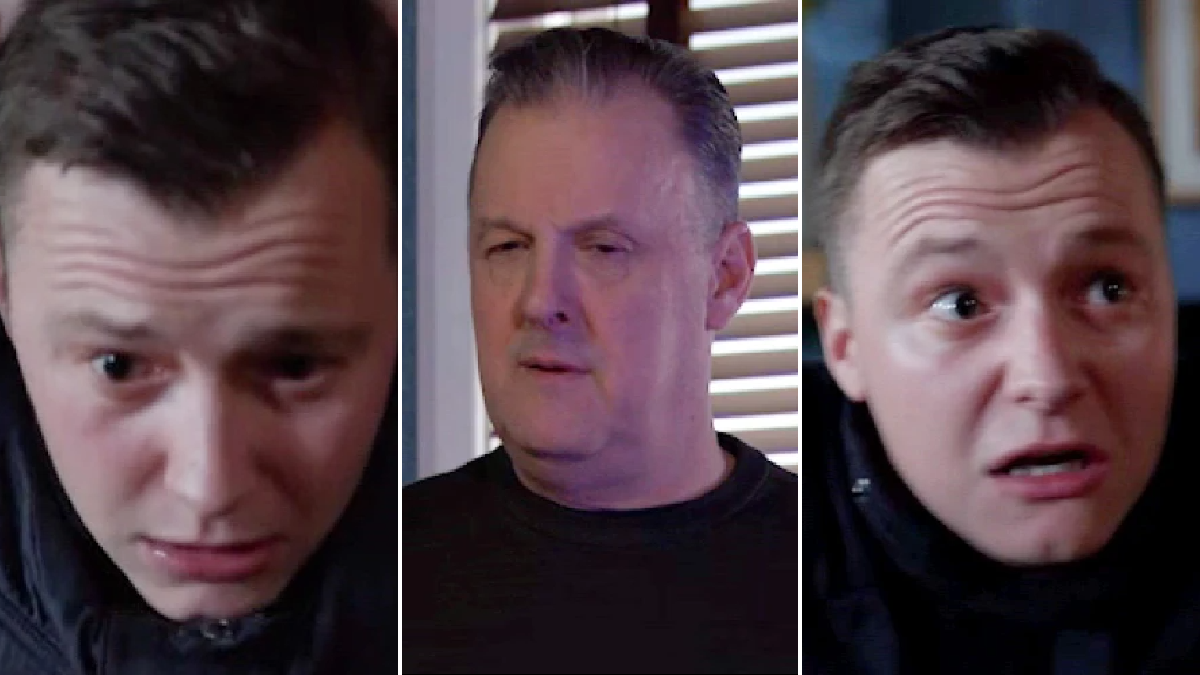 This week, Aaron has been planning on leaving Walford to run the Islamophobic group from Manchester, in an attempt to stop Harvey and Dana’s (Barbara Smith) lives from being in danger.

On Tuesday, Aaron manipulated Dana into thinking Bobby (Clay Milner Russell) was trying to destroy their relationship and asked her to go to Manchester with him.

Tonight, trouble continued for Harvey as he begged Aaron to reconsider and stay in Albert Square.

Meanwhile, Dana said her goodbyes to Bobby, who was confused over her decision to end their relationship and leave so quickly.

As an argument ensued between Aaron and Harvey, Dana entered and wondered what was going on.

The ordeal continued and, much to everyone’s shock, armed police burst into the flat and handcuffed Aaron.

Initially accusing Bobby of reporting him, Aaron was horrified when Harvey confessed he was the one who called the police.

So, is that the last we’ve seen of Aaron?

Will he be jailed for planting the bomb and the other attacks his gang have been responsible for?