Heartbroken Annette Edwards said Darius “will not live long” without his special diet, and has offered a £1,000 for his safe return. At 4ft 3ins, Darius was awarded the Guinness Record in 2010 for being the biggest Continental Giant rabbit. The 10-year-old claimed the title from his mother Alice and was Ms Edwards’ fourth award-winning rabbit.

But she says Darius is now too old to breed.

Ms Edwards, of Stoulton, Worcestershire, said: “I woke up on Sunday at 6.30 and noticed the door to his kennel was open and that’s when I went out and saw he was gone. I panicked, I felt sick.

“There are a lot of jealous people out there who would want him to breed but he is too old for that now and it wouldn’t be healthy for him. 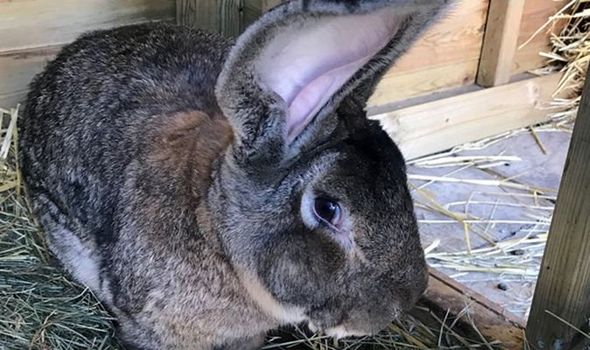 “He is getting old now and he is on a special diet so whoever has him will not be able to feed him the proper food he needs. His diet has changed and he will not live long unless he is brought back.

“It is just really awful to think that someone could do this. We find it wicked to stoop to that level. It is awful.”

A West Mercia police spokesperson said: “We are appealing for information following the theft of an award-winning rabbit from its home in Stoulton, Worcestershire.

“It is believed the Continental Giant rabbit was stolen from its enclosure in the garden of the property of its owners overnight on Saturday 10 April to 11 April.

“The rabbit is quite unique in the fact it is 4ft in size and has been awarded a Guinness Record for being the biggest rabbit in the world.”

High cholesterol: Foods to add to your diet to lower ‘bad’ cholesterol levels

Cheltenham Festival bet appears to show punter standing to win over £5,000 without horses even running