Home » Lifestyle » Why The Success Of 'Lupin' Matters

Arsène Lupin is to the French what Sherlock Holmes is to the British: smart, savvy and renowned for his class.

In just three weeks, Netflix’s modern adaptation of Lupin has become an international hit. The series has garnered more than 70 million views, beating records set by shows such as The Queen’s Gambit and Bridgerton. And it’s the first French TV show to have such success on the streaming platform.

Lupin is an iconic character of French literature. The figure of the gentleman-burglar was invented by writer Maurice Leblanc in 1905 and appears in 17 mystery novels and multiple short stories by the author. On the show, French actor Omar Sy takes on the role of Assane Diop and his alter ego Lupin.

Netflix adapting the French literary classic is a big deal, but choosing a Black actor to take on the role of a traditionally white character is what sets the show apart. The representation of people of color in French cinema has been subject to controversy in the past. In 2018, 16 Black and mixed French actresses took a stand against racism for the first time at the Cannes Film Festival. Together, they claimed, “being Black is not a job” in an effort to denounce the quasi-systematic stereotypical representation of Black characters on film. Just last year, 30 leading members of France’s film industry spoke out about the lack of diversity on screen during France’s annual Cesar Awards using the hashtag #BlackCesars.

Lupin, on the other hand, is groundbreaking in its representation of Black characters. Diop uses bias against people of color to his advantage, successfully disguising himself as a janitor, a food delivery driver, and a prison inmate to steal items of great worth in order to settle a debt. As he appropriates the roles and jobs stereotypically occupied by people of color in France to remain unnoticed, he repeats in an enigmatic way, “You saw me but you didn’t really look.” 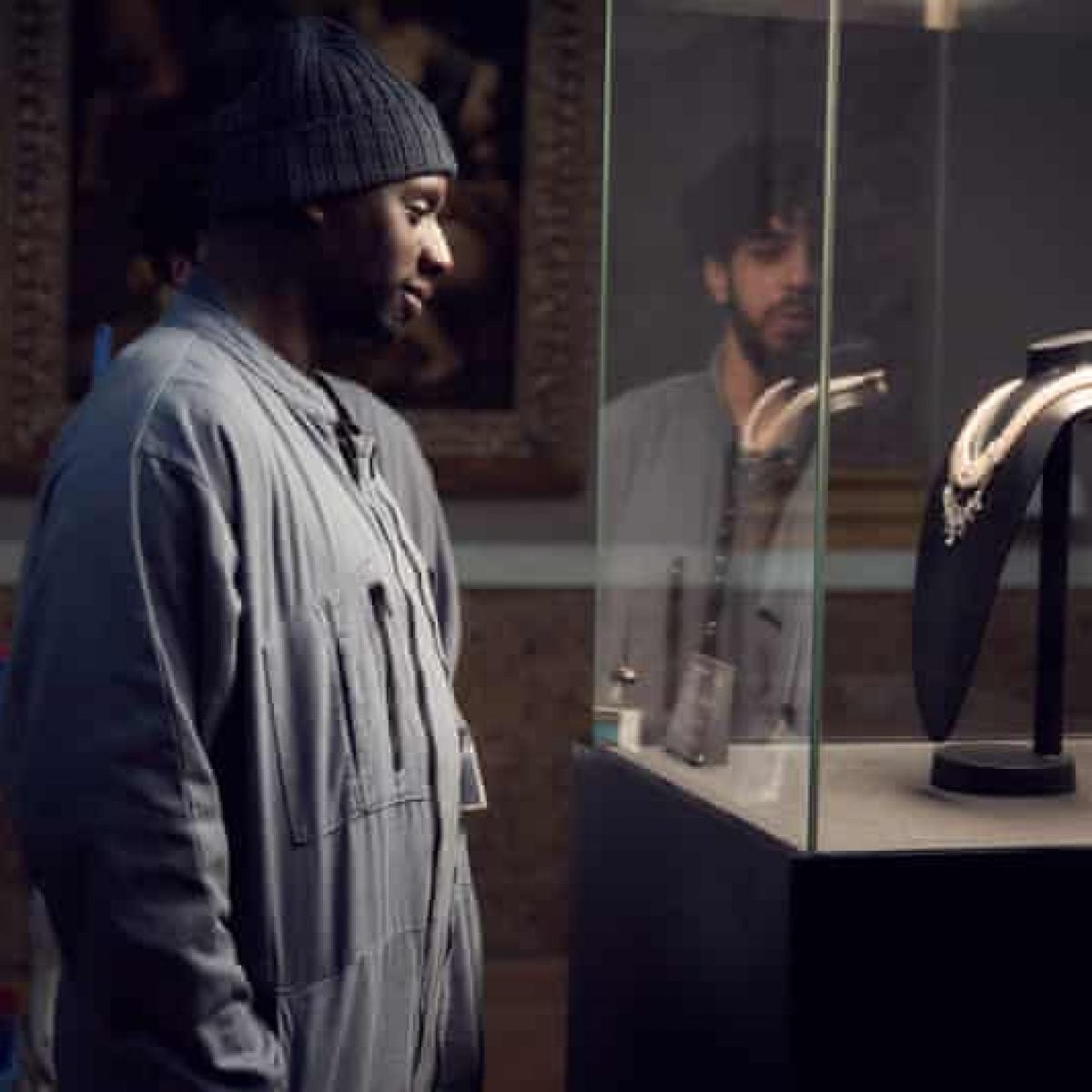 Though first and foremost an action-packed mystery, Lupin tells a true story of racial discrimination that resonates way beyond France’s borders. It also criticizes racism in the criminal justice system. Such is the case in the way the show denounces a French upper class still steeped in colonial ideology by exposing Mr. Pellegrini’s racism towards Babakar, a Black man who’s framed for a burglary he didn’t commit which results in his incarceration.

It’s difficult to picture an actor other than Sy, who was voted one of France’s favorite personalities after his role in The Intouchables, play the part of Diop/Lupin. Sy has proven once again he’s not only a talented actor but versatile, delivering a performance that is as equally sincere as it is convincing.

Off screen, the actor is vocal about racial injustice as well, adding to his character’s authenticity. Sy denounced police brutality as the Black Lives Matter movement gained momentum in France last Summer. In the wake of George Floyd’s death, he penned a letter titled “Let’s Wake Up,” likening the murder of the U.S. citizen to that of Adama Traoré in France. As the French took to the streets in solidarity, he also openly supported their protests.

The success of Lupin is a huge step forward for diversity and representation in French cinema. It also proves that actors don’t have to be limited to certain roles just because of their race. After ending on a cliffhanger, part two of the series will return with five more episodes, but we hope for far more when it comes to the inclusiveness of French cinema as a whole.

Close Out the Summer With These 3 Sweet New Hallmark Movies

Who is Mike Tyson vs Roy Jones Jr referee Ray Corona, and are there judges scoring the fight?