MMA fans were left fearing for Jordan Titoni after he was knocked out for 15 minutes last night.

The 32-year-old lightweight was battling Pat Sabatini when he was violently beaten 2 minutes and 26 seconds in the first round at CFFC 84. 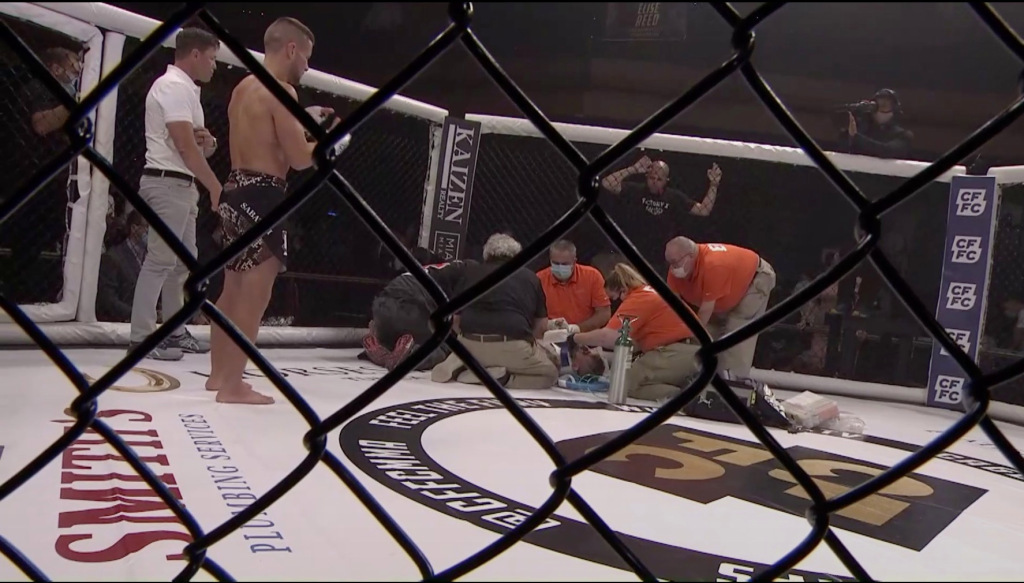 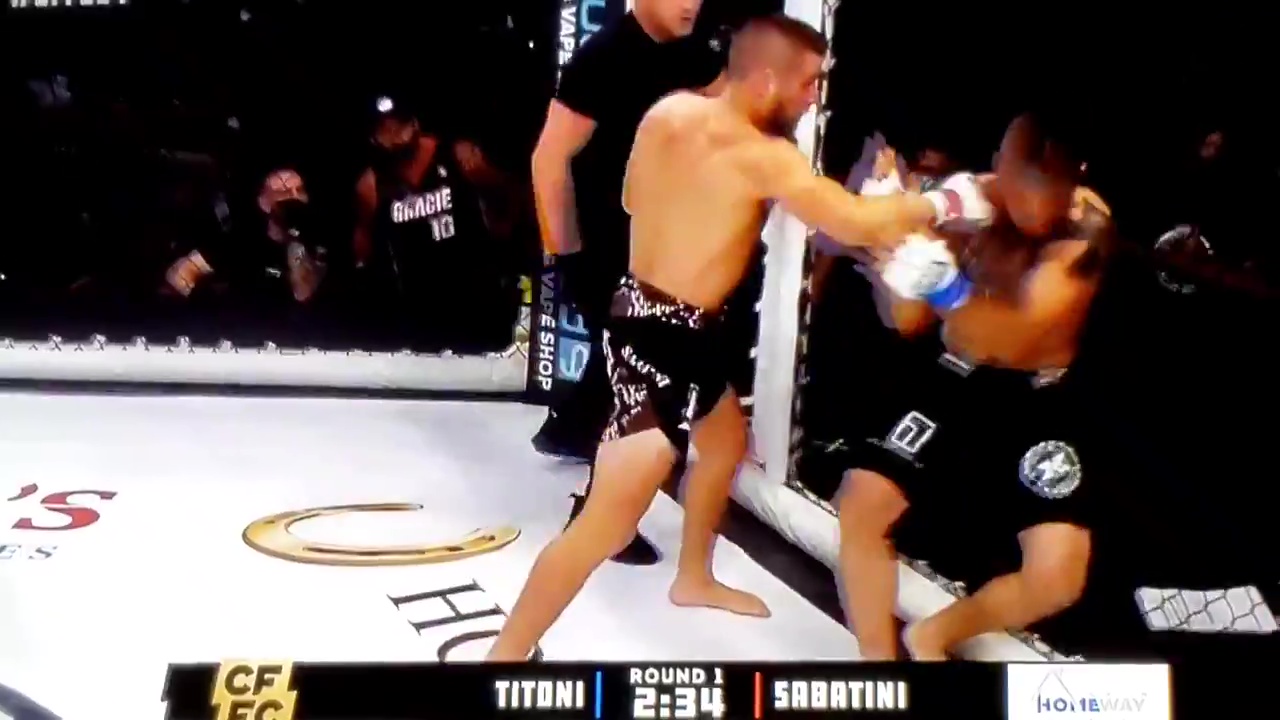 And after a worryingly long period of receiving medical attention, the grappler was then carried out of the cage on a stretcher at the Horeshoe Tunica Hotel and Casino in Robinsonville, Mississippi.

Titoni lost via standing knockout to Sabatini following a series of shots that left him out on his feet.

He was standing and leaning against the fence in the co-main event of the card.

It was a right hand that first wobbled Titoni and then a combination of punches to the body and chin forced the referee to stop the bout.

But it was the moments after the Denver-born ace fell to the mat that worries began to set in for viewers on UFC Fight Pass.

Titoni was unconscious for a scary length of time as Sabatini and his corner stood concerned looking on as medics quickly attended to the wounded warrior.

Finally, after a quarter of an hour wait, the fighter came round and he attempted to ease the fears of his fans and loved ones by giving a thumbs up as he was taken to the back for further checks on a stretcher.

His team, Factory X, then released a statement via Twitter on his condition by stating he “is doing better and moving” shortly afterwards.

It read: “@jordantitoni is doing better & moving (praise Jesus). Headed to the hospital as a precaution.

“Fighters quite literally lay their lives on the line in the name of entertainment. God bless you Jordan & all fighters who risk it all to follow their dreams.”

Just give me ONE shot! Starving for a fight out here! #FEARIS #xonthechest 📸 @commentsfromthepeanutgallery

Just give me ONE shot! Starving for a fight out here! #FEARIS #xonthechest 📸 @commentsfromthepeanutgallery

“Jeopardy!” pays tribute to Alex Trebek in first episode since his death

Coronavirus: The one thing experts say you should stop doing – do you do this?

Two-year-olds To Follow: Our man Andy Ayres has picked out his juveniles to follow for the Flat season ahead