GERMANY star Leon Goretzka was kicked in the FACE during his side's 9-0 win over Liechtenstein on Thursday.

The 26-year-old Bayern Munich midfielder went down clutching his face in the eighth minute after Jens Hofer's high boot caught Goretzka in the neck and face. 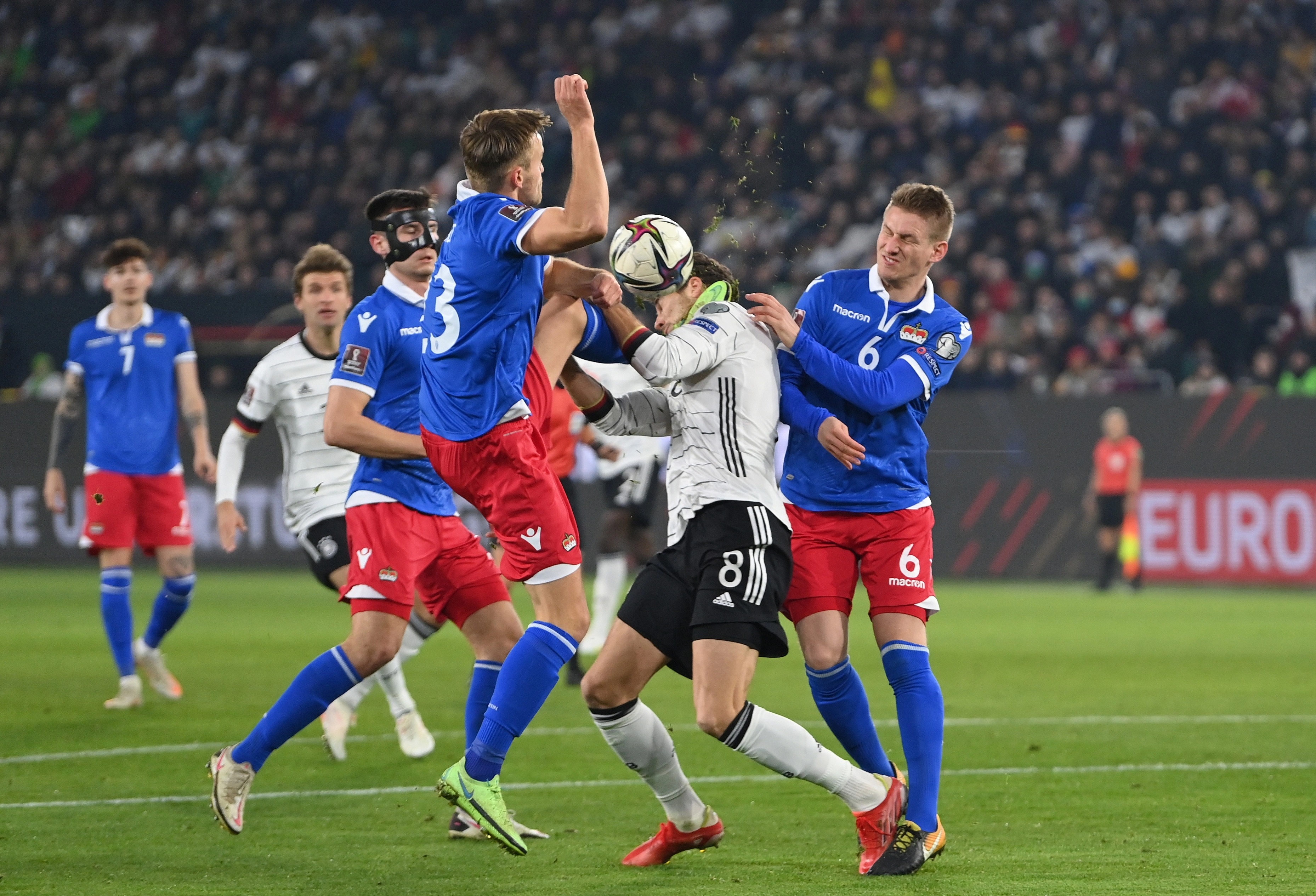 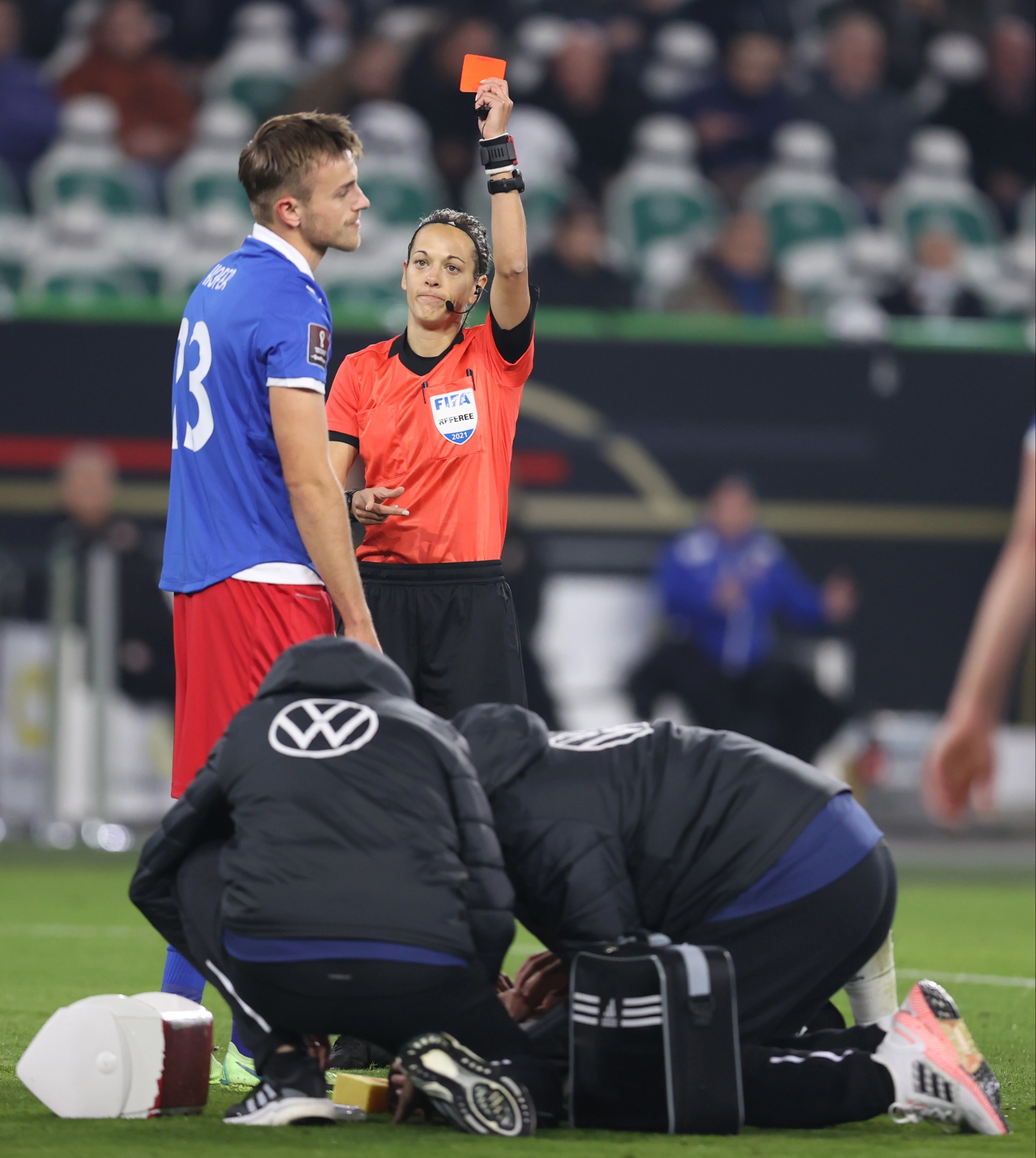 The Liechtenstein defender was subsequently sent off for the challenge and a penalty was awarded.

Ilkay Gundogan converted the spot kick to begin a one-sided rout for the 2014 World Cup winners.

Goretzka was able to continue but was eventually substituted at half-time with the score at 4-0.

After the match, Goretzka revealed that he gave Hofer his shirt as the pair made amends.

He said: “He was completely exhausted and buckled, I was really sorry for him. That’s why I gave him my jersey after the game."

And Hofer added: “I apologized several times. After the break I was briefly in the dressing room, so we spoke briefly and said goodbye on the positive side. 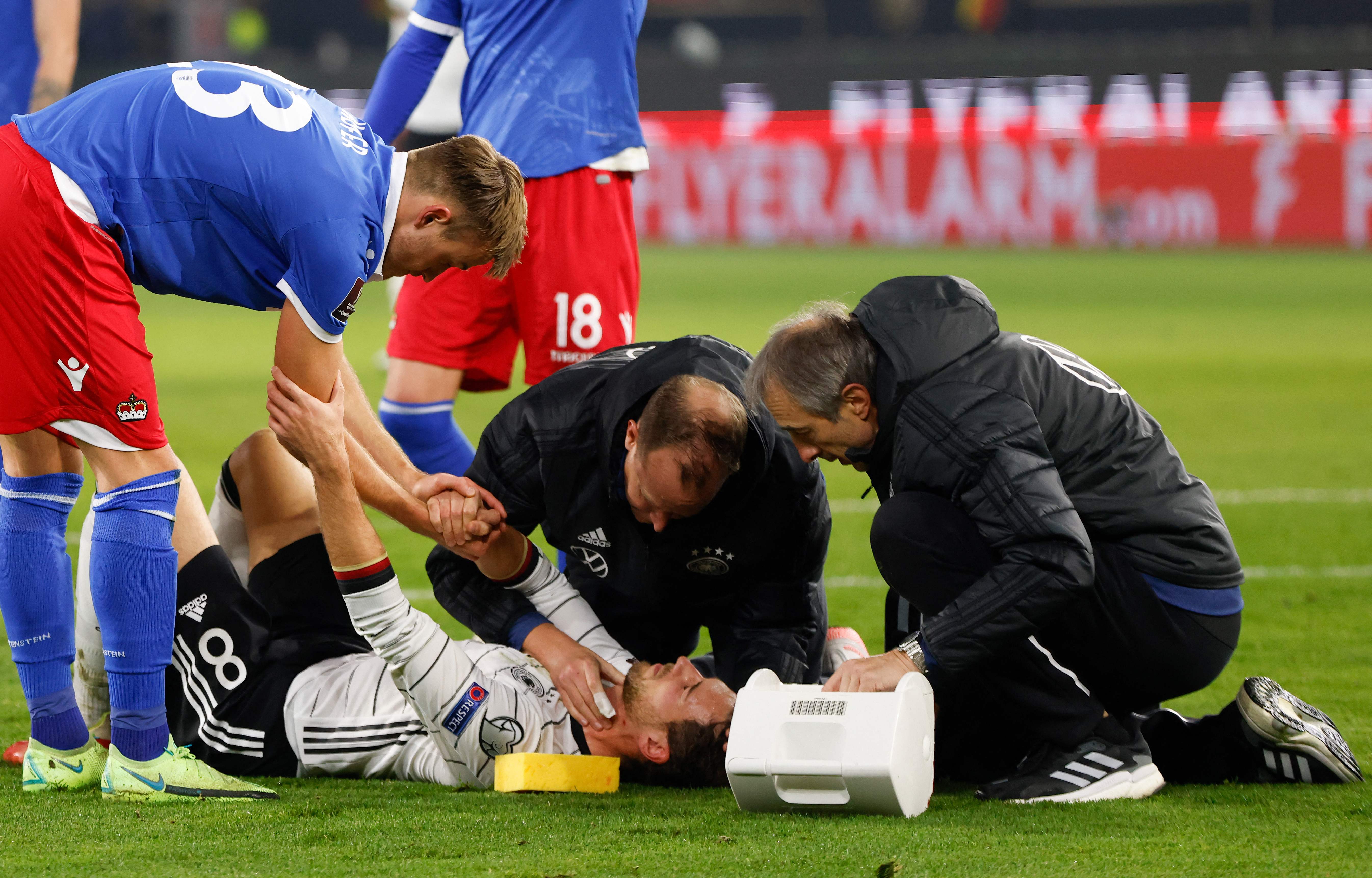 "I got to know him a little and I am very happy that he is better.”

Germany's victory was a history-making one for new coach Hansi Flick as he became the first German national team manager to win his first six games in charge.

Flick's side had already qualified for the World Cup but that didn't stop them putting their opponents to the sword.

Daniel Kauffman netted an own goal, while Marco Reus, Ridle Baku and another own goal from Max Goppel completed the rout started by Gundogan's penalty.

Germany have won eight of their nine World Cup qualifiers, advancing to the finals in Qatar with a sensational run of form.