Waitrose has removed a section of its Christmas advert featuring two farmers showing of their sun tans after criticism from skin cancer patients and charities.

The supermarket was forced to apologise last week after ‘glorifying’ sun tans in a commercial showing food producers throughout the year as they grow and harvest food for the Christmas dinner table.

A scene in the ad drew the ire of Melanoma UK, after it showed a pair of farmers comparing their sun tans, which the charity said failed to highlight the dangers of sun exposure.

There was also backlash on social media, with skin cancer patients calling it a ‘kick in the teeth’ for those who have suffered from the disease.

The scene has now been cut from the advert and replaced with footage showing the two farmers driving a tractor and combine harvester. 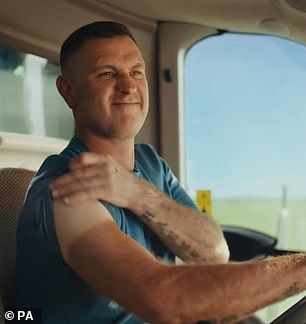 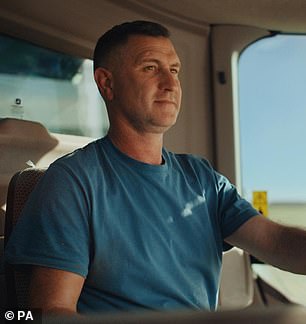 Waitrose has edited its Christmas advert after criticism from a skin cancer charity. The original advert shows  farmers comparing their tans (left(, but the new one has removed them doing this (right) 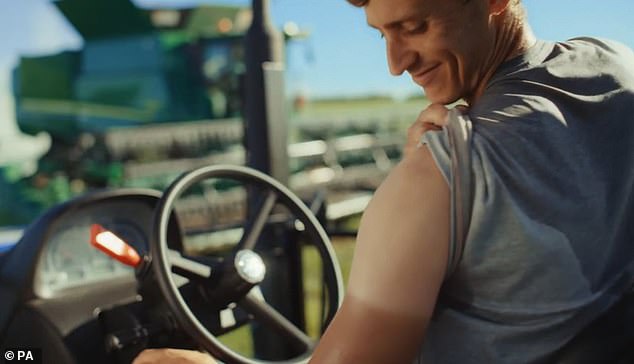 Pictured: One of the farmer’s shows off his sun tan in the old Waitrose Christmas advertisement 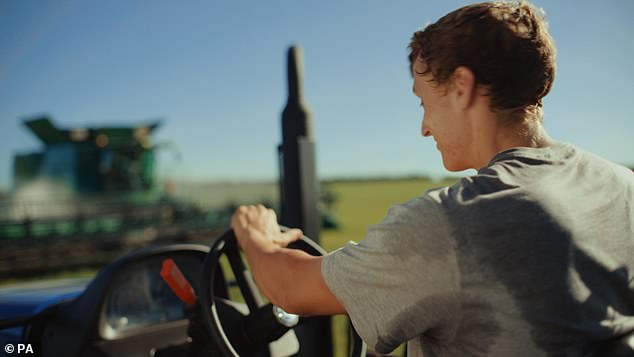 Pictured: A farmer in the new Waitrose Christmas advertisement, no longer showing off his sun tan

A Waitrose spokeswoman said: ‘Our ad celebrates the care and effort that our Partners and real farmers – who work in all weathers – put in to make sure our customers have what they need for Christmas.

‘While we included some light-hearted and ‘true to life’ moments, we’ve listened to the comments made about the serious message of sun safety and will be using an updated version of the ad to address these concerns.’

Skin cancer charity Melanoma UK said organisations should not use examples of tanning in their advertising unless they do it ‘responsibly’ and ‘warn of the dangers of overexposure to the sun’.

It added: ‘Waitrose can do better than this.’

Gillian Nuttall, the charity’s founder, said: ‘Waitrose isn’t the first organisation to use tan lines or sun burn in an advertisement.

‘Just as we wouldn’t laugh at an advertisement that glorifies smoking, nor should we do the same about tanning.’

One person who has melanoma wrote on Waitrose’s Facebook post that she found it ‘absolutely astonishing that a company like yourselves should be showing farmers glorifying in their sun tans.

‘This is a kick in the teeth for all melanoma patients and for all the organisations trying to educate everyone into the dangers of sun tans. What on earth were you thinking to include this in a Christmas advert? Words fail me.’ 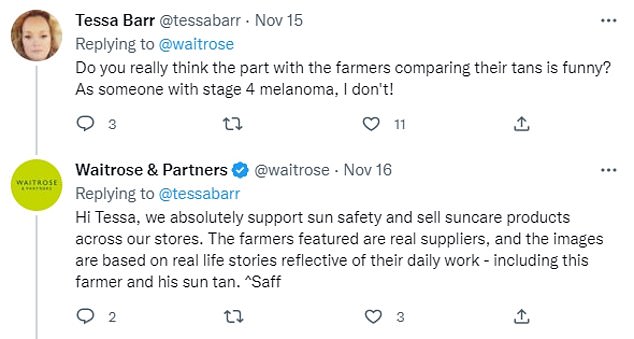 The supermarket said it was ‘sorry for the upset caused’ and said a medic was on site during the filming to give advice to its farmers to ‘stay safe’ and made sure ‘everyone wore high factor sun protection’.

Melanoma skin cancer is the fifth most common cancer in the UK, according to the NHS, with around 16,000 new cases diagnosed each year.

Exposure to ultraviolent light from the sun is thought to be the cause of most melanomas, while there is also evidence to suggest that some may result from sunbed exposure.

Numerous skin cancer patients have criticised the advert as ‘insensitive’, with one self-proclaimed ‘melanoma warrior’ tweeting: ‘@waitrose- please explain your decision to feature men ‘laughing’ about sunburn? For those with melanoma- sun safety is something we work tirelessly to enforce.

‘Sunburn is skin damage. Skin damage leads to skin cancer. Skin cancer can lead to death… how is that funny?’

A consultant dermatologist added: ‘I’m guessing you are going to do a follow up ad in 20 years with the same farmers comparing skin cancers on those tans?

‘There is no such thing as a healthy tan. Please don’t encourage it. Encourage sun protection.

‘Well done to all including @MelanomaUK for calling this out. Skin cancer is not funny. Showing off tans is really bad in an advert.’

Melanoma: What are the causes and what to look out for

Melanoma is a type of cancer that starts in cells in the skin called melanocytes. These cells make a pigment called melanin which gives skin its natural colour. Melanin helps to protect the body from ultraviolet light (UV radiation) from the sun.

Signs and symptoms of melanoma

The most common sign of melanoma is the appearance of a new mole or a change in an existing mole.

This can happen anywhere on the body, but the most commonly affected areas are the back in men and the legs in women.

Melanomas are uncommon in areas that are protected from sun exposure, such as the buttocks and the scalp.

In most cases, melanomas have an irregular shape and are more than 1 colour.

The mole may also be larger than normal and can sometimes be itchy or bleed.

Look out for a mole that gradually changes shape, size or colour.

Melanoma is caused by skin cells that begin to develop abnormally.

Exposure to ultraviolet (UV) light from the sun is thought to cause most melanomas, but there’s evidence to suggest that some may result from sunbed exposure.

The type of sun exposure that causes melanoma is sudden intense exposure. For example, while on holiday, which leads to sunburn.

Certain things can increase your chance of developing melanoma, such as having:

Melanoma skin cancer is the 5th most common cancer in the UK. Around 16,000 new cases of melanoma are diagnosed each year.

More than 1 in 4 skin cancer cases are diagnosed in people under 50, which is unusually early compared with most other types of cancer.

Over recent years, skin cancer has become much more common in the UK. This is thought to be the result of increased exposure to intense sunlight while on holiday abroad.

More than 2,300 people die every year in the UK from melanoma.

Melanoma is not always preventable, but you can reduce your chances of developing it by avoiding getting sunburned (even going pink in the sun).

Most people get sunburned while on holiday abroad, or in the UK during the summer while doing outdoor activities such as gardening, sunbathing or playing cricket.

On these occasions you need to be very careful, particularly if you have pale skin and many moles.

You can help protect yourself from sun damage by using sunscreen and dressing sensibly in the sun.

Sunbeds and sunlamps should be avoided.

Regularly checking your skin can help lead to an early diagnosis and increase your chances of successful treatment.