TOTTENHAM have joined Manchester United in the race to sign Ivan Rakitic, according to reports.

The Barcelona midfielder, 32, does not feel valued any longer at the Nou Camp, where contract negotiations have hit a wall. 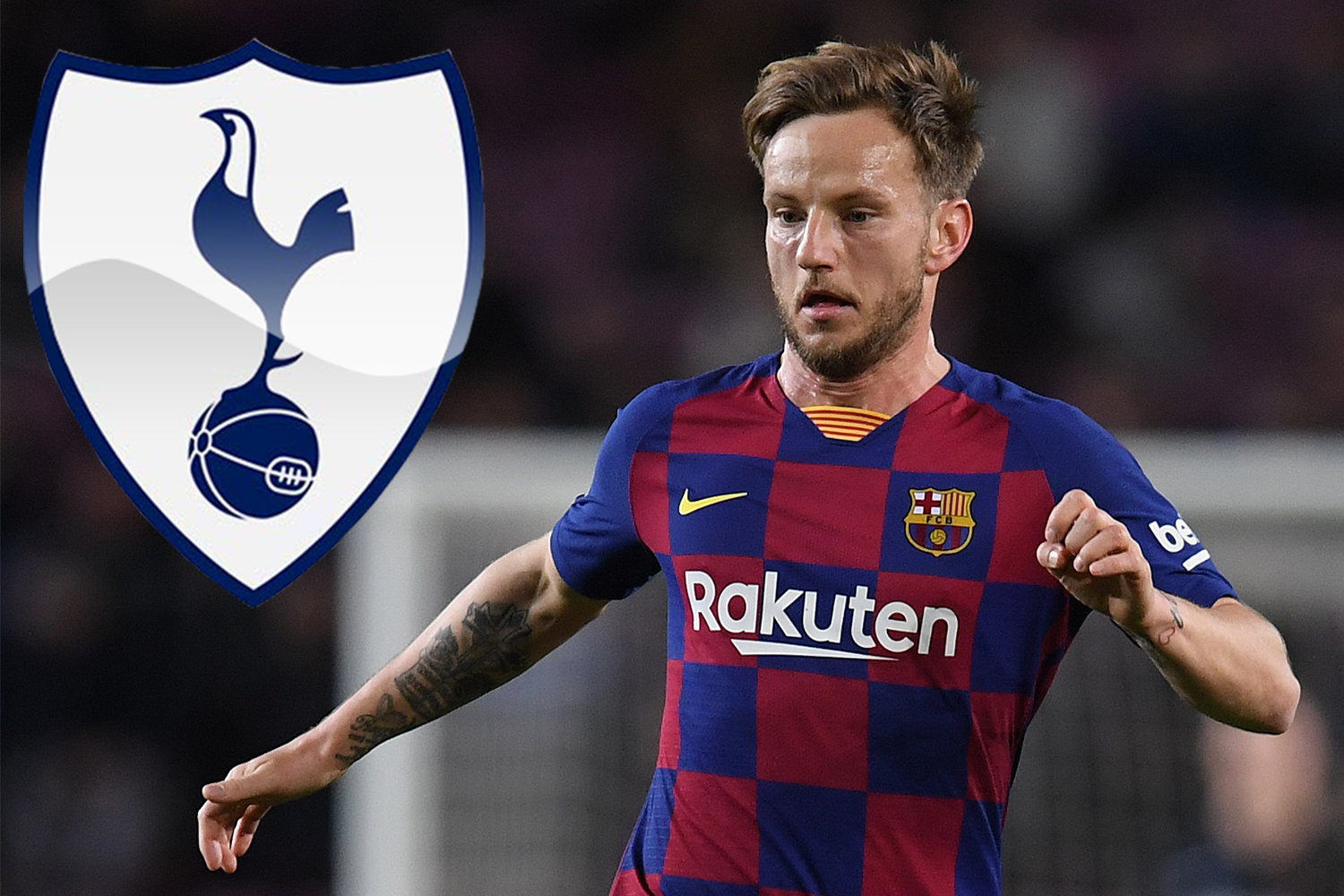 He refuses to be treated "like a sack of potatoes" and wants to be somewhere he feels "respected".

Frenkie de Jong's arrival from Ajax last summer has seen his game time limited and, with just a year left on his deal, it is likely decisions will need to be made this summer.

And according to Mundo Deportivo, Spurs are the latest side to show their interest in signing Rakitic this summer.

Jose Mourinho is a long-term admirer of the Croatia international and spoke highly of the midfielder last year during his time as a pundit with BeIN Sports.

Speaking after his match-winning performance in El Clasico last March, the Special One said: “He is a fantastic player at every level. He does defensive work on the right side to compensate for Messi and he runs miles.

“In ball possession he is fantastic and he is simple and effective. He is one of the most underrated players.

“Normally we speak about big names but Rakitic, for me needs to improve his Instagram and his social media because in this moment this is very important and he’s not very good on that but he’s very good on the pitch.”

Rakitic was taken aback by the praise and admitted even his own father doesn't gush over his performances in the way Mourinho did.

The Barca man said: “I do not have enough words to thank Mourinho, he is one of the best experts in the world.

“I do not know if my dad has ever praised me in a better way. These are very nice praises that I enjoy.”

In the same season, Rakitic netted a wonderstrike against Tottenham during the Champions League group stages.

Add into the mix the fact that Barcelona themselves are eyeing up a move for the Spurs midfielder and the Rakitic deal could happen.

Barcelona attempted to use Rakitic as a makeweight in a deal to sign Neymar back from Paris Saint-Germain last summer.

Meanwhile, Manchester United have been keen on him for a number of years.

Napoli, Juventus and Atletico Madrid are also thought to be interested.

But Rakitic's former side Sevilla could try and make a dash to bring their former star back to Andalusia with his wife Raquel enjoying life in Spain and the player himself open to the idea.

He made the switch to the Nou Camp in 2014 and is one short of 300 appearances for the Catalan giants.

On the international stage, he has amassed 15 goals in 106 caps, including a strike against Argentina at the 2018 World Cup on their way to the final.