Sonja Morgan manages to drink wine through her face mask

The “Real Housewives of New York City” cast staged an intervention with Sonja Morgan after a disastrous night during a cast trip to Salem, Mass.

Leah McSweeney, Ramona Singer and Luann de Lesseps sat Morgan down to confront her about her drinking habits during Tuesday night’s episode.

“I think that it would be absolutely irresponsible and f–ked up of us to not say we think the drinking is going to hurt you,” McSweeney began the chat. “… We want to help.”

Singer said she felt Morgan was “in denial” about having a problem, while de Lesseps — who is sober this season after a drunken 2017 arrest and subsequent stints in rehab — added in a confessional, “I just don’t want her to wake up in a gutter.”

But Morgan, 57, told the ladies she only drinks when she’s out partying with her pals, saying: “I never drink alone. I don’t drink at home. I don’t drink on dates. I don’t go out and socialize like that.”

“These two [de Lesseps and Singer] are just becoming a broken record, and I can see they’ve hooked Leah into it,” Morgan also reflected in a confessional. “We’re on a vacation. Chill out. I think we’ll be OK. i’m not going to explain myself anymore.” 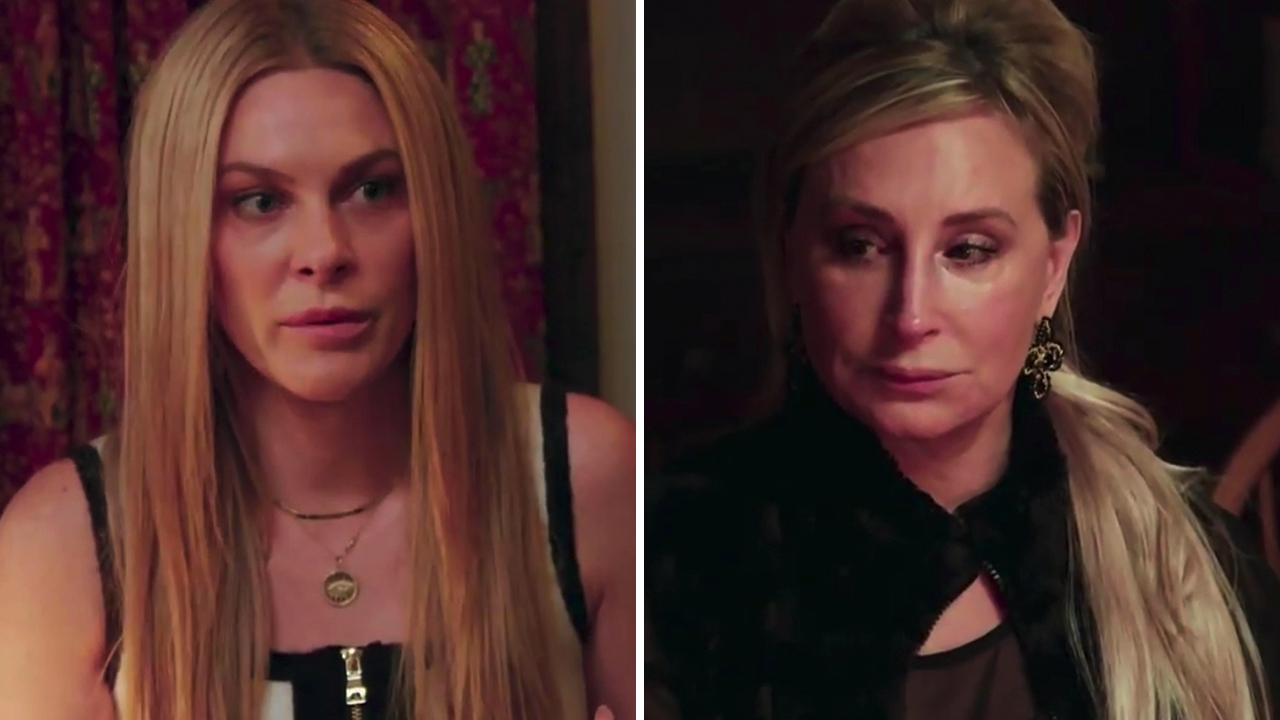 The previous night, Morgan drank a lot of “cheap red wine” and ended up getting into a physical altercation with “RHONY” newbie Bershan Shaw — whom she’d been arguing with at dinner after Shaw dissed her — and smashing the glass of a fire extinguisher case at the ladies’ hotel.

The intervention ended with McSweeney saying, “We tried,” and leading the ladies into the next scene — a seance they’d been planning to attend.

Things took an emotional turn for Morgan during the seance, when the medium leading the proceedings asked Morgan if her father had a drinking problem. She shocked the other women by saying that he did.

“I didn’t know anything about her dad,” Singer said. “… Sonja’s younger life is a lot like mine, very traumatized, so we don’t really share that with anyone because who wants to talk about the trauma?”

Morgan said that she recently started seeing a therapist but hadn’t yet discussed her dad.

'RHOA': Kandi Burruss and Nene Leakes Broke a Vow and Their Friendship Is Now on the Rocks

Toddler with rare condition waves at Dad through window