Three of Australia's leading religious voices have written to the Prime Minister with their concerns that the COVID-19 vaccine will be "ethically tainted" by aborted fetal cells.

Catholic Archbishop of Sydney Anthony Fisher, Anglican Archbishop Dr Glenn Davies and Greek Orthodox Archbishop Makarios raised concerns about the deal with AstraZeneca that would ensure Australians would be among the first in the world to receive the Oxford University COVID-19 vaccine if human trials are successful.

They asked the government to pursue similar arrangements for alternate vaccines that are not "morally compromised".

In the past, cell lines from humans and fetuses have been used in successfully creating the Rubella component of the MMR vaccine and a chickenpox vaccine called Varivax.

The letter had three demands of the government: That the Oxford vaccine not be made mandatory, that people who decline it for religious beliefs not be punished, and that the government ensure a different "ethically uncontroversial" vaccine also be made available.

"Please be assured that our churches are not opposed to vaccination: as we have said, we are praying that one may be found," the letter said.

"But we also pray that it be one that is not ethically tainted". 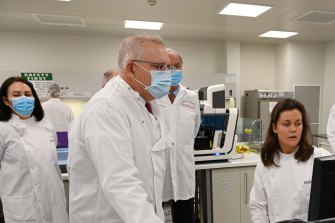 The cell line was originally derived from cells grown in tissue culture taken from an aborted female fetus.

"They're not collecting recent fetal tissue and using those. These are cell lines that have been around for years," he said.

"Basically, the cell lines that are used in research are what we call immortalised – so they continually grow," he said.

"The reason you want to use human cells for something like a vaccine is because, as the proteins of the virus synthesise, they modify. So you can see the changes in the cells would be the same as in a person."

He said the cell lines have gone through "rigorous testing". 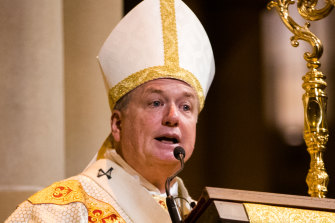 "These cell lines are tested for what we call gene modification – so they're tested to make sure that anything that comes out of them is safe to put into people."

The letter from the religious leaders said some Australians may be concerned "not to benefit in any way from the death of the little girl whose cells were taken and cultivated, nor to be trivialising that death, and not to be encouraging the fetal tissue industry."

In a post on his Facebook page last Thursday, Mr Fisher outlined concerns around the use of aborted human fetuses in a cell line used in research – and urged readers to raise the issue with their local MPs.

"Whether this vaccine is successful or not, it is important that the government does not create an ethical dilemma for people," Mr Fisher said.

"There are currently 167 vaccines being researched, many of which do not use fetal cells in their development."

“It is critically important that Americans have access to a vaccine that is produced ethically: no American should be forced to choose between being vaccinated against this potentially deadly virus and violating his or her conscience,” members of the US Conference of Catholic Bishops and other anti-abortion advocates wrote to Stephen Hahn, commissioner of the US Food and Drug Administration.

Archbishop of Winnipeg Richard Gagnon, who is the president of the Canadian Conference of Catholic Bishops wrote on behalf of 17 other anti-abortion advocates to Canada’s PM Justin Trudeau, saying “ the … manufacture of vaccines using such ethically-tainted human cell lines demonstrates profound disrespect for the dignity of the human person.”

Get our Coronavirus Update newsletter for the day’s crucial developments and the numbers you need to know. Sign up to The Sydney Morning Herald’s newsletter here and The Age’s here.

The Full, Heart-Wrenching Story Behind Dolly Parton's 'Coat of Many Colors' — 'They Locked Me in the Coat Closet'