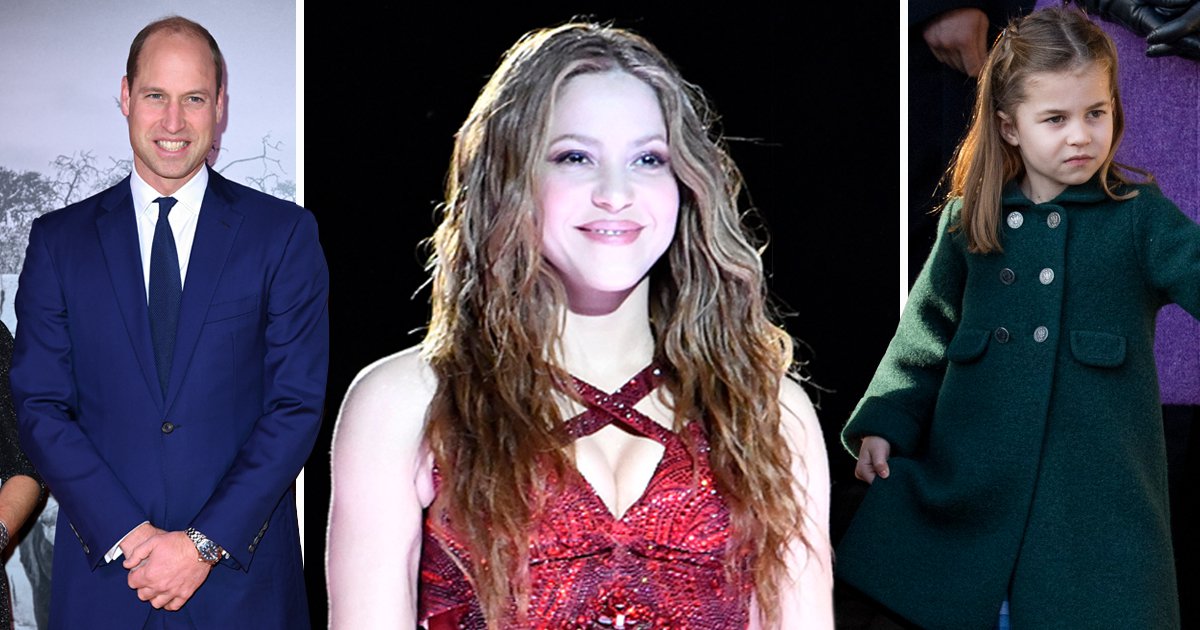 The Duke of Cambridge has detailed his family’s love of music in an audio walking tour recorded for Apple.

He revealed his family’s cute morning routine which includes Charlotte, six, and her older brother Prince George, eight, ‘fighting’ over the music playlist, while their youngest sibling Prince Louis, three, chases them around the kitchen.

William, 39, said: ‘One of the songs that the children are loving at the moment is Shakira, Waka Waka. There’s a lot of hip movements going along with a lot of dressing up.

‘Charlotte particularly is running around the kitchen, in her dresses and ballet stuff. She goes completely crazy with Louis following her around trying to do the same thing.’

The Duke admitted he was ‘amazed’ at how his three children had inherited his family’s love of music and ‘most mornings there’s a massive fight between Charlotte and George as to what song is played in the morning’.

To keep order in the Cambridge household the Duke said he alternates between his two eldest children as to who can pick the music.

Introducing his final music choice for the podcast, he said: ‘There’s nothing better than, on a Monday morning, when you’re a bit bleary-eyed after the weekend and trying to get yourself back into the grind of the week, listening to AC/DC – Thunderstruck.

‘It absolutely wakes you up, puts your week in the best mood possible, and you feel like you can take on anything and anyone.’

William also recalled how his late mother, Diana, the Princess of Wales, used to belt out Tina Turner hits at the ‘top of her voice’ while driving him and Prince Harry to school.

He explained: ‘Because sitting in the backseat singing away, it felt like a real family moment. My mother, she’d be driving along singing at the top of her voice and we’d even get the policeman in the car, he’d be occasionally singing along as well.

‘You’d be singing and listening to music right the way up to the gates of school when they dropped you off and that’s when reality kind of sunk in – you really were going back to school.’

‘Because before that you’re lost in songs – want to play it again, just to keep that family moment going. And when I listen to it now it takes me back to those car rides and brings back lots of memories of my mother,’ he said.

Apple will stream three special audio airings of the Time To Walk episode featuring William free of charge on Apple Music 1, the global radio station on Apple Music, on Monday.

How Covid-19 has affected our mood and sleep patterns