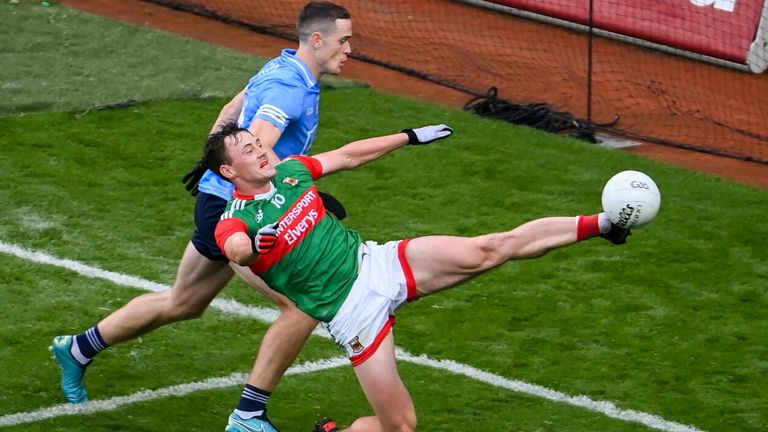 What a great weekend for Gaelic football.

On Saturday night in Croke Park, every Mayo man, woman and child in attendance was jumping up and down in the closing minutes of extra-time. It was something to behold. There was a fantastic atmosphere, despite the fact it was only a 24,000 capacity.

Those entertainment levels were matched on Sunday. What a victory for Offaly in the U20 final.

Meath then produced the comeback of the year against Cork in the TG4 All-Ireland Ladies Championship semi-final.

To top it all off, the GAA made the right decision regarding the Tyrone-Kerry game.

But let’s start with Mayo.

Padraig O’Hora summed it up well. Before they climb any mountain, they like to take you down to the very bottom first. They do things the hard way, and Saturday was certainly no different.

If there was one moment that typified the Mayo spirit, it was in the 62nd minute when Dublin were leading 0-12 to 0-7.

The contest appeared to beyond Mayo’s reach.

Ryan O’Donoghue, who has emerged as a real leader, chased down Davy Byrne and forced him into over-carrying the ball.

Rob Hennelly was brave enough to come up to the free kick and take it. This one came off the side of his foot, and seemed to be sailing out over the end-line.

But out of nowhere, Diarmuid O’Connor chased what looked to be a hopeless cause and managed somehow to get his foot to the ball, directing it back out to Kevin McLoughlin who kicked it over the bar. It was back to 0-12 to 0-8, and Mayo didn’t look back after that.

It summed up their hunger. The willingness of Diarmuid O’Connor to chase lost causes.

You could not but be happy for Hennelly kicking the equaliser. For someone who has been knocked time and time again in Croke Park, he had the courage and fortitude to come up and hit free kicks.

And it was fitting that it was Mayo who eventually took Dublin down. Of all the teams that have been challenging the Sky Blues over the past six years, it was appropriate that it was the men from the west who were the ones to do it. More so than anybody else, they have suffered at the hands of this Dublin team.

*Never* give up on a ball! 👏 pic.twitter.com/2nKLi0kICp

The end of an era in Dublin?

Over the past six seasons, we have been asked to make predictions at the start of the year. I have said various times before how difficult it is to win an All-Ireland title back-to-back, never-mind six times in a row.

Inevitably, a softness or a lack of hunger engulfs a team, and they find it hard to keep it up. I think Dublin have come to that stage. They looked like a tired team on Saturday. They were making uncharacteristic mistakes.

Yes, they got themselves into a good position at half-time. They looked comfortable leading 0-10 to 0-4. But whether it was a team decision or whether they found themselves trying to hang onto the lead, things slowly but surely started to slide.

They failed to score in the third quarter, but rallied to move 0-12 to 0-7 ahead. But they were not able to close it out.

In extra-time, they became so unlike Dublin in that they lost their shape, they lost their discipline. And they were making errors that you normally wouldn’t associate with this team.

We highlighted all year how their squad depth has diminished. In this year’s championship, their substitutes only contributed three points.

And the amount of games this past seven years that Dublin were able to close out a game in the last 10 minutes through sheer discipline, hard work and playing to the system. This time their discipline let them down. They started going for goals when they should have been going for points, reckless tackles, running into traffic.

But they have been one of the greatest teams to ever play our great game. Is this the end? Or will they bounce back? You only need to look at the age profile of a number of their key players to know that while they’re not going to win seven-in-a-row, they will be among the favourites to lift the Sam Maguire Cup once again next year. 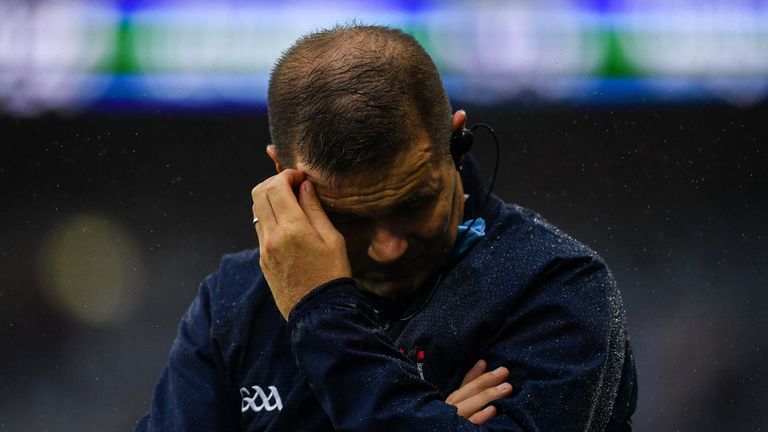 Tyrone-Kerry pushed back another week

Postponing the All-Ireland semi-final for a second time is a satisfactory conclusion in that it gives Tyrone hope and a possibility of playing in an All-Ireland final.

If Croke Park had stuck to their guns, Tyrone were gone. In fairness to Kerry and their chairman Tim Murphy, they made it clear that they wanted to play a semi-final if they were going to get to the decider. They want to do it the right way. In fairness to the Kingdom, they made the decision much easier for the GAA.

Hopefully there is now time to get the majority of Tyrone players back up to speed and make it a competitive contest.

But they are facing a daunting challenge. There is no point in saying otherwise. Take Covid out of the equation, and taking on Kerry is a tall order.

They are going to have training this week where there will be depleted numbers. Not everyone is fit.

It’s going to take a big panel effort on Saturday week. You can be rest assured that the impact of the bench is going to be crucial.

But it’s just great that the All-Ireland semi-final is back on. Brian Dooher and Feargal Logan had a difficult decision to make last week, but now we have football to look forward to once more.