A NEW £300million attraction is to open in Blackpool, with three huge indoor theme parks, live performances and a number of rides and shows.

Guests will be able to play games such as laser tag and bumper cars, try out adventure courses with climbing walls and rope trails, and even experience 4D rides and VR experiences. 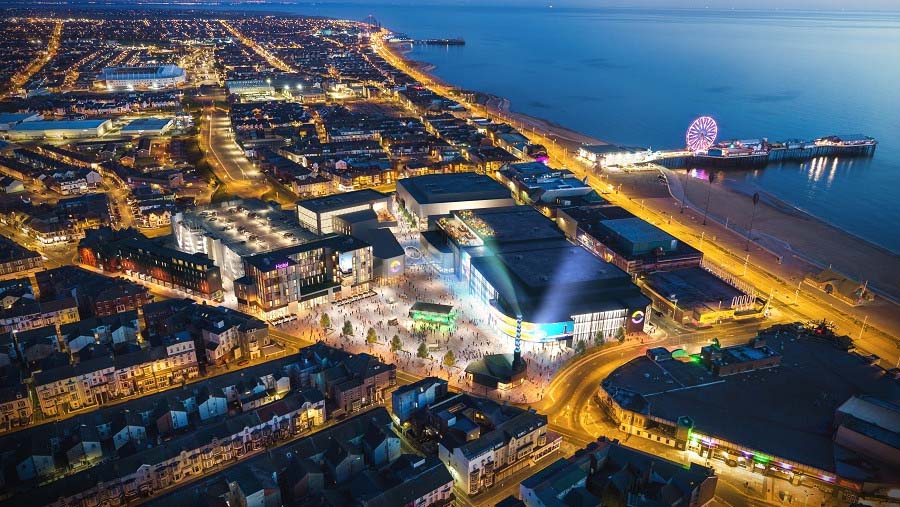 Blackpool Central hopes to be built on the Centre Station side near the Golden Mile, with works expected to begin next year.

Inside will be three indoor entertainment centres, as well as a huge events square for live concerts, shows and sports events.

One of the indoor centres will be Adventure Land, which has a roll-glider ride, which lets guests experience a free-falling and hang-gliding sensation, as well as rope courses, climbing walls and adventure trails.

A Flying Theatre will also be included which will be a "fully immersive" experience, along with a VR experience too.

A Gaming Zone will include a bounce park,inflatable attractions, laser tag, bumper cars and lots of arcade games.

The Alien Diner will be a fully themed bar and event restaurant with hourly special effect shows and a "rollercoaster service" which could be similar to the Rollercoaster Restaurant at Alton Towers.

Also on-site will be a hotel, restaurants, a multi-storey car park.

The new attraction will also renovate some of the current structures there to create a new Heritage Quarter, including turning a former picture house and pub into an Artisan Food Hall and hotel.

The first phase will include the car park and the Heritage Quarter, hoping to take two years to build.

Dates for the second phase featuring the attractions is yet to be announced.

Norbert Reichart, chief executive at Media Invest Entertainment who are behind the attraction, added: "This decision is fantastic news for the rejuvenation of the town.

"Blackpool is the undisputed entertainment capital of the UK and our scheme will help cement the town as a must-visit year-round destination for generations to come."

A huge new £250m indoor water park and spa is also opening in the UK soon, with Manchester's Therme to open in 2023.

A £75m water park inspired by Indiana Jones could also be opening in the UK soon, while in Germany, a water park called Tropical Islands is open all year round with balmy temperatures and warm pools.