Gardening freely! Alicia Silverstone has proudly embraced a holistic, natural vibe — and it doesn’t get more natural than enjoying nature in the nude.

“I haven’t done this in ages, but it doesn’t sound like a bad idea! 🙈,” the Clueless star, 45, captioned a Friday, July 22, Instagram post, sharing a resurfaced clip in which she admitted to naked gardening. “Maybe little Alicia was on to something? 🤔 Perhaps I should try it this weekend 😂👀.” 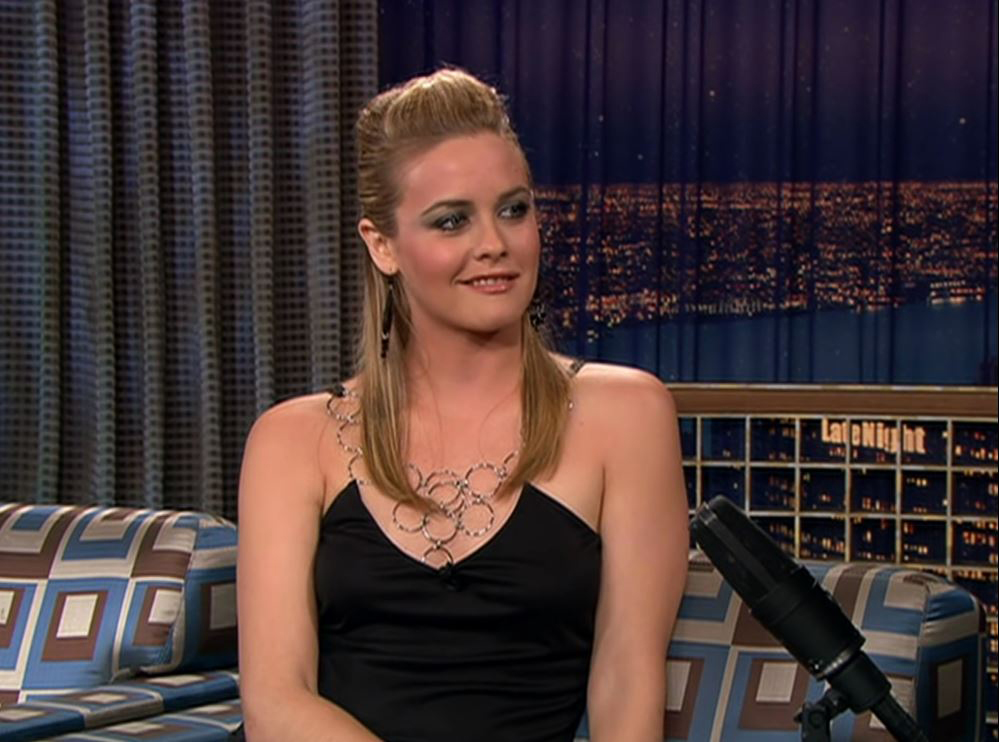 Silverstone also added “Proud Naked Gardener” and “No Shame” hashtags to her social media upload, alongside a kissing face emoji.

In the original footage, Silverstone appeared on Late Night with Conan O’Brien in November 2003 and detailed her gardening pursuits.

“Sometimes I like to do a little naked gardening,” the Baby-Sitters Club alum told host Conan O’Brien at the time. “It’s a little thing we say in my home. I tell the dogs, ‘OK, it’s time for naked gardening!’ It makes it easier to get around and then it’s hot [or you can] jump on the trampoline — it’s fun to jump on the trampoline naked, it’s fun to jump in the pool naked, it’s nice.”

After the 59-year-old TV host questioned Silverstone’s decision to tend to her plants in her birthday suit, she admitted that she doesn’t use heavy machinery or large shears but rather delicately works solely with her hands to tend to the leaves.

The Batman and Robin actress — who shares son Bear Blu, 11, with ex-husband Christopher Jarecki — has been candid about her au naturel lifestyle through the years.

“I’m a natural mama, and I’m a loving mama,” Silverstone said during an appearance on the “The Ellen Fisher” podcast earlier this month. “I believe in love, I believe in nature and our society is scared of nature and love.”

Both the Kind Mama author and Bear follow a strict vegan diet, which she has continually praised through the years.

“I’ve never had to raise my voice to Bear,” she exclusively told Us Weekly in May 2019. “I can just say ‘no, thank you’ and we respect each other and listen to each other. So much of that is because he’s not … a lot of it is the parenting, but a lot of it is the food. When your kid feels good, they act well.”

Silverstone added at the time: “He eats kale pretty much almost every day. And he eats bok choy, and he eats cabbage and he has brown rice and quinoa.”

Listen to Us Weekly’s Hot Hollywood as each week the editors of Us break down the hottest entertainment news stories!

Meghan McCain of 'The View' Shares Baby Update: 'She Is a Little Wildcat'