M&S fans have been going wild for the posh supermarket's festive glitter gin globes that launch every Christmas.

They cost £20 each, but savvy shoppers can bag pretty close resembling dupes of the festive faves in an offer that's like getting two gin globes for the price of only one of M&S'. 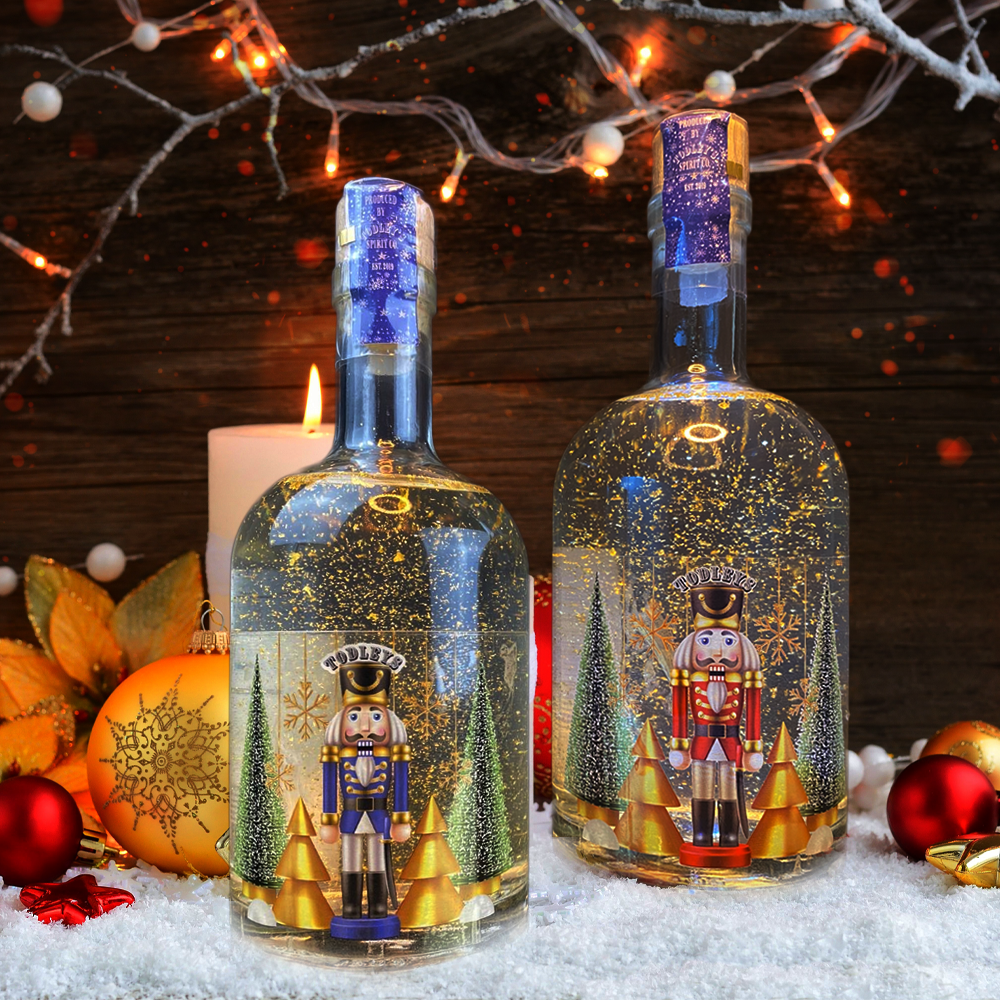 In a Black Friday special offer, independent boozy specialist Bottlebling has reduced the price of its own take on the popular glitter gin globes when you buy them in a bundle.

Shoppers can buy two of its Festive Soldier gin liqueurs for only £25, which is only £5 more than just one of M&S' bottles.

The duo deal originally cost £33.98 on Bottlebling, but the early Black Friday offer means almost £9 has been slashed off the price.

Black Friday itself isn't due to roll around until November 26, but Bottlebling isn't the only retailer to jump the gun with early savings, as a number of stores have done the same thing.

Amazon even kicked off deals 20 days early this year, as shoppers take advantage of stocking up on gifts galore with just over a month to go until Christmas.

But if the price isn't enough, the gin globes do bare a striking resemblance to M&S' too.

Both feature a nutcracker design right in the centre of the bottle, festive landscape with Christmas trees in the background, and glitter flecks throughout the design and the liquid contents.

For an extra £5 on top of your order you can upgrade the two dupe bottles to light up just like M&S' as well.

That add on means the gins are still £10 cheaper than if you were buying the equivalent of two of the M&S gins.

It also makes the two gins £10 cheaper than the larger £40 magnum version of its own glitter gin globes that M&S has launched exclusively for this year too.

Unfortunately, you do have to factor in delivery charges with your order, so bear in mind that you're going to have to fork out a little extra to get your hands on the dupe.

You can simply pick up the original M&S gins straight from the shelf in-store sparing you the additional costs, but they're also available online with an extra £3.50 in delivery fees.

Bottlebling on the other hand, is exclusively an online store, so there's no way of avoiding the £4.99 shipping.

That puts the total cost of your bundle at £30 – still a tenner cheaper than buying of the M&S version.

It wouldn't be the first time M&S has been closely followed in imitation, as earlier in the year an infamous law suit was launched against Aldi for the discount supermarket infringing on the look of its party cake, Colin the Caterpillar.

The highly disputed case even lead to a quirky "dig" that viewers spotted in Aldi's Christmas advert this year.

Do you have a story for The Sun Money team?

‘Give Me Some Glutes’! Khloe and Dwayne Johnson Compare Wax Figures’ Butts