Home » Lifestyle » ‘Love Island’ To Get Scripted Twist Through Immersive ITV App ‘I’ve Got A Text!’

EXCLUSIVE: To accompany the upcoming seventh UK season of Love Island, ITV is launching an app that will invite users to immerse themselves in a fictional version of the reality dating show.

ITV has partnered with developer Unrd and Love Island sponsor, the clothing brand I Saw It First, to launch the I’ve Got A Text! app, which features an interactive fictional story titled Love Island: The Drama.

The dramatized story was filmed at ITV Studios’ Love Island production hub in Gran Canaria this summer and features a cast of actors, models, and influencers playing out a scripted story at the fictional villa.

Users will be able to follow the action over 24 days, in conjunction with the real series as it broadcasts on ITV2. As they keep up with the in-app drama, they will have access to the characters’ phones to snoop through their text messages, scroll their photo reels, watch unreleased videos, and overhear gossip.

Spending four days at a time with each character, users will attempt to guess where the plotline is heading, commenting on the action alongside other players through a group chat within the app. They can speed up the story through in-app payments or watching adverts. 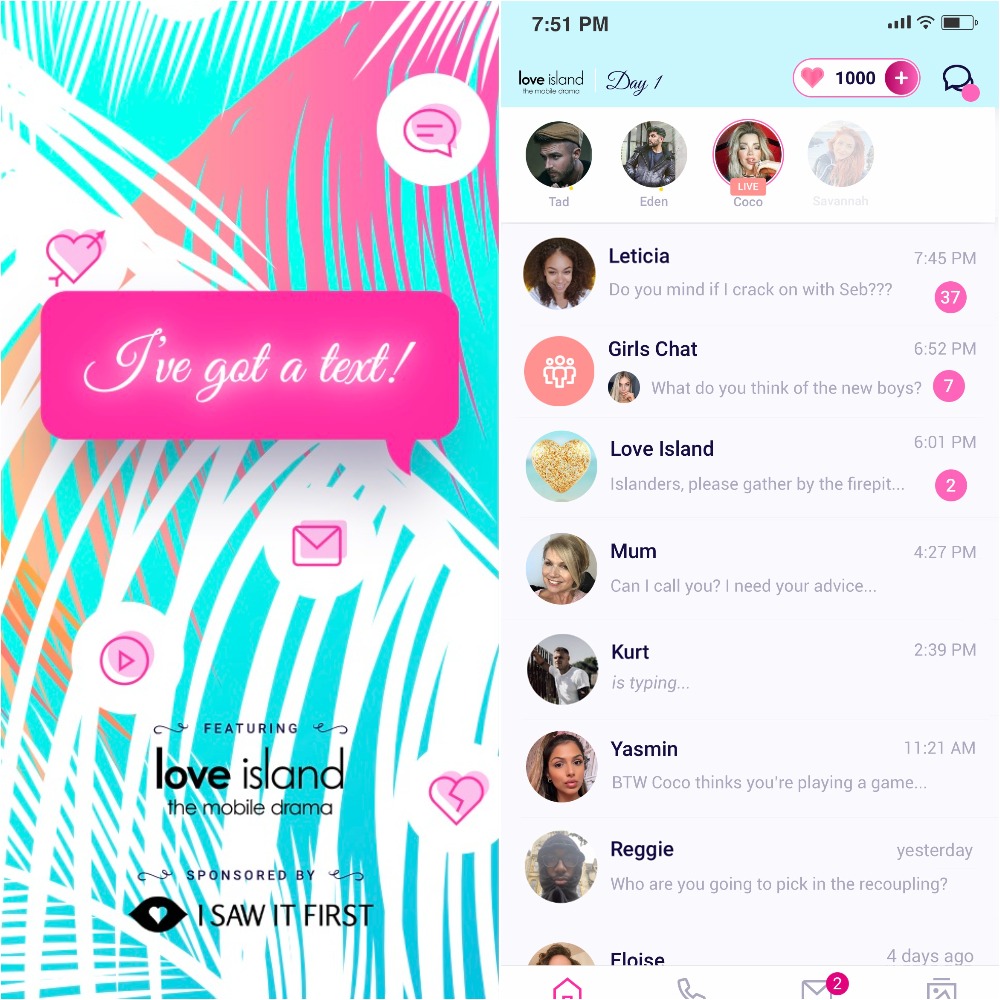 The app can be pre-ordered on Android and Apple devices, and the story will launch on the same day that Season 7 premieres. It supplements the Love Island The Game app, a role-playing game that launched in 2018.

Neil Bowler, ITV controller of games, said: “This is a really exciting development in our strategy to widen out our programmes and make them ‘More than TV’. The continued success of the Love Island game over the past few years has shown the appetite there is around gaming, and for this show in particular, and I’ve Got A Text is a really innovative and new way to engage with viewers.”

Unrd co-founder Adam Lowe added: “After a hiatus last year, we know that fans literally cannot wait for the new series to start — and Love Island: The Drama will give them another platform through which they can experience the magic of the Love Island brand.”

Unrd created a similar app for MTV show Ghosted, with users delving into a fictional version of the dating show.

Coronavirus: Did the psychic Sylvia Browne predict COVID-19? Prophecy of pneumonia in 2020

What is White Boy Summer? Meaning and rules explained