The Victorian Liberal Party is investigating branch-stacking allegations after an internal audit found some members breached party rules by paying for other people's membership fees.

Liberal Party sources say the potential breaches were uncovered in Melbourne's western suburbs, though that was not spelt out in a statement released on Sunday. 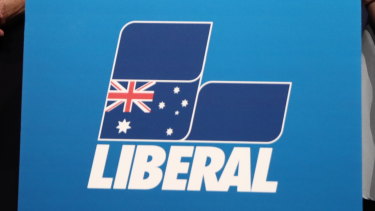 The party's internal problems come just months after the Victorian Labor Party was dogged with industrial-scale branch-stacking allegations, in which one cabinet minister was sacked and two others resigned.

Liberal state director Sam McQuestin issued a statement on Sunday afternoon saying he had completed a review of the party's membership renewals for the 2019-20 year "as part of standard practices".

"This review has found a small number of possible breaches of the party's rules around payment of other members' fees," Mr McQuestin said.

"Each of the members concerned has been contacted to verify the position, ahead of action potentially being taken to cease their membership if the party's rules have been breached.

"The Liberal Party takes the integrity of our membership procedures and internal democratic processes very seriously."

Responding to allegations levelled by a Liberal Party source on Sunday afternoon, federal Housing Minister Michael Sukkar said the internal audit had "nothing to do with me".

"Sam [McQuestin] apparently contacted every single person who is apparently in the firing line and I don't know one of them," Mr Sukkar told The Age.

"I don't know if what I'm reading [in media articles] is correct, but if it is out in the western suburbs then it's got nothing to do with me. 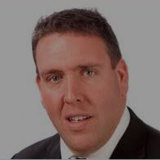 "A, I've never branch-stacked, and B, I've probably been a bit too busy in recent years to be heavily involved in organisational stuff."

Under Liberal and Labor Party rules, branch stacking and paying for other people's membership fees are banned.

The Victorian Liberals have for years been dogged by allegations of branch stacking, in which the religious right has been accused of stacking branches with Mormons and Catholic groups in a drive to preselect more conservative candidates.

"I've got full faith in the party to absolutely undertake what needs to be done, and the state director in his role in what he is doing, in jumping on this very serious issue," Ms Crozier said.

Ms Crozier was pressed several times on whether she was confident no senior Liberal MPs would be implicated in the internal investigation, but would not comment.

Get our Morning & Evening Edition newsletters

The most important news, analysis and insights delivered to your inbox at the start and end of each day. Sign up to The Sydney Morning Herald’s newsletter here,  The Age’s newsletter here, Brisbane Times‘ here and WAtoday‘s here.

"What I am pleased about is that the state director is jumping on this issue very quickly," she said.

"Unlike the Labor Party, where we've seen a minister and his ministerial staff involved in branch stacking, our party is dealing with it and that's a very good thing.

"It's in stark contrast to how the Labor Party operates.''