Six months after her divorce — which has been called the nastiest in New York City — from billionaire David Mugrabi was finalized, socialite and art collector Libbie Mugrabi is ready to paint the town red.

“I got divorced and my ex cut me off. Everything kind of disappeared,” she told The Post. “You don’t grow when life is easy. You grow when you hit the floor.”

It’s been a challenge to untangle from David and his family, who own billions in art, including the largest collection of ­Warhols in the world. During the acrimonious split, the couple fought over art, plus a $72 million NYC townhouse, a nine-bedroom estate in the Hamptons and cars.

Reflecting on it all now, Libbie compared herself to Princess Diana.

“I had the same thing as her — I got married young. She was told what to do and wear. And so was I,” she said. “You’re under control and under a rein. It doesn’t matter what’s fair or what you deserve . . . After divorce, you can breathe, free of the gilded cage.”

The main problem, she now believes, is simple: “I married someone who thought he was better than me.” 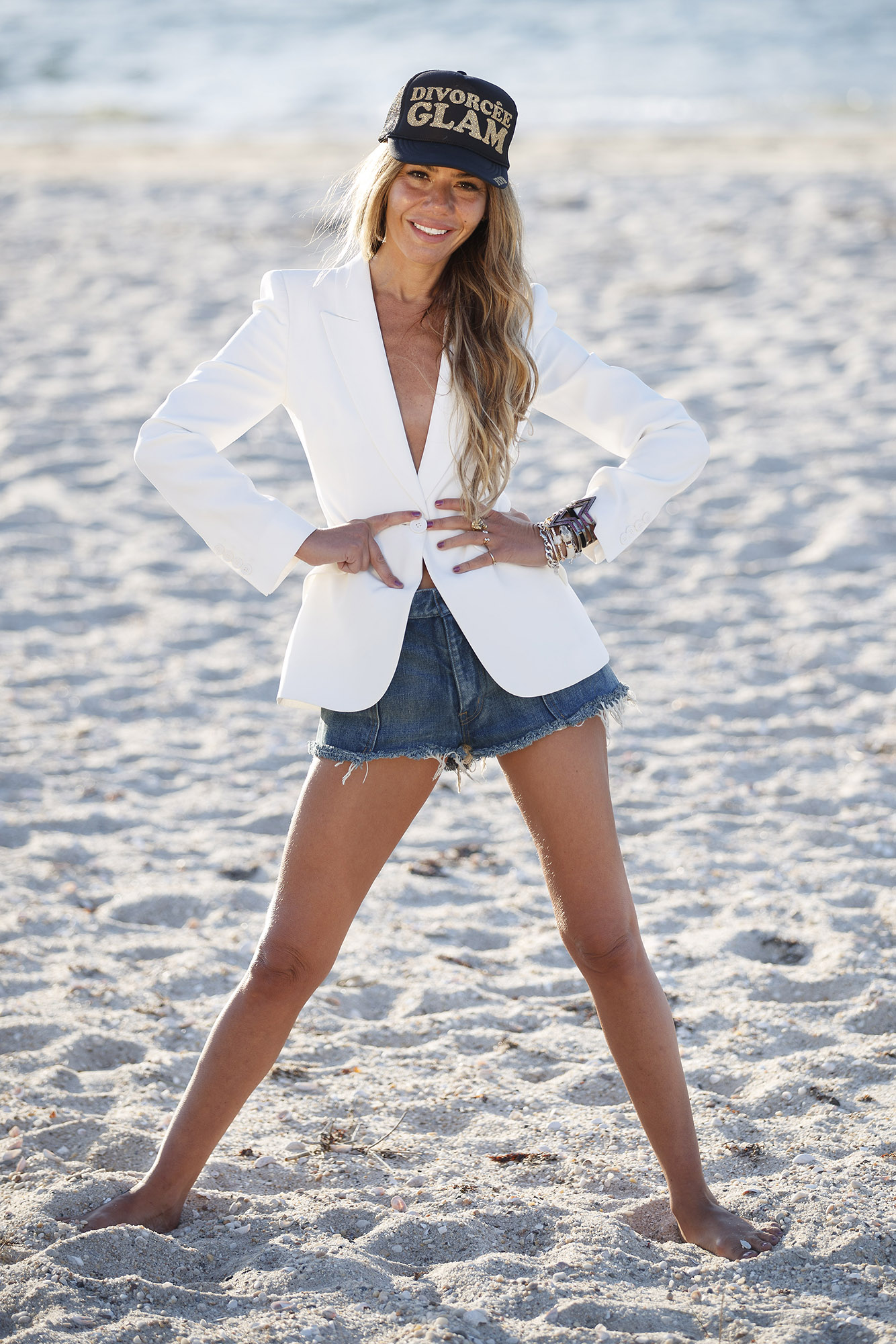 Libbie Scher grew up in beachy Deal, NJ. The daughter of a plastic-surgeon dad and a nurse mom, she enjoyed a Palm Beach vacation home, attended Orthodox day school and held a basic life goal: “I wanted to get married and have two kids by age 30.”

At 22, having enrolled in culinary school, Libbie met David, an art student eight years her senior, in Aspen, Colo. Born in Israel and raised in Colombia, David is the son of textile entrepreneur Jose Mugrabi, a major art collector who owns some 800 Warhols, in addition to works by Renoir, Picasso and more. Libbie and David’s 2005 wedding at The Pierre hotel was attended by celebrities including the Olsen twins and Owen Wilson.
(“I didn’t know anyone at my wedding,” Libbie said.) There was no prenup.

Libbie, 41, admitted she “wasn’t happy” in the union. “It was definitely too many people in the marriage for me — I didn’t like it,” she said, declining to elaborate on what exactly that means. Seeking “clarity,” she turned to “a committee of helpers — healers, kabbalah, tarot cards, rabbis.” 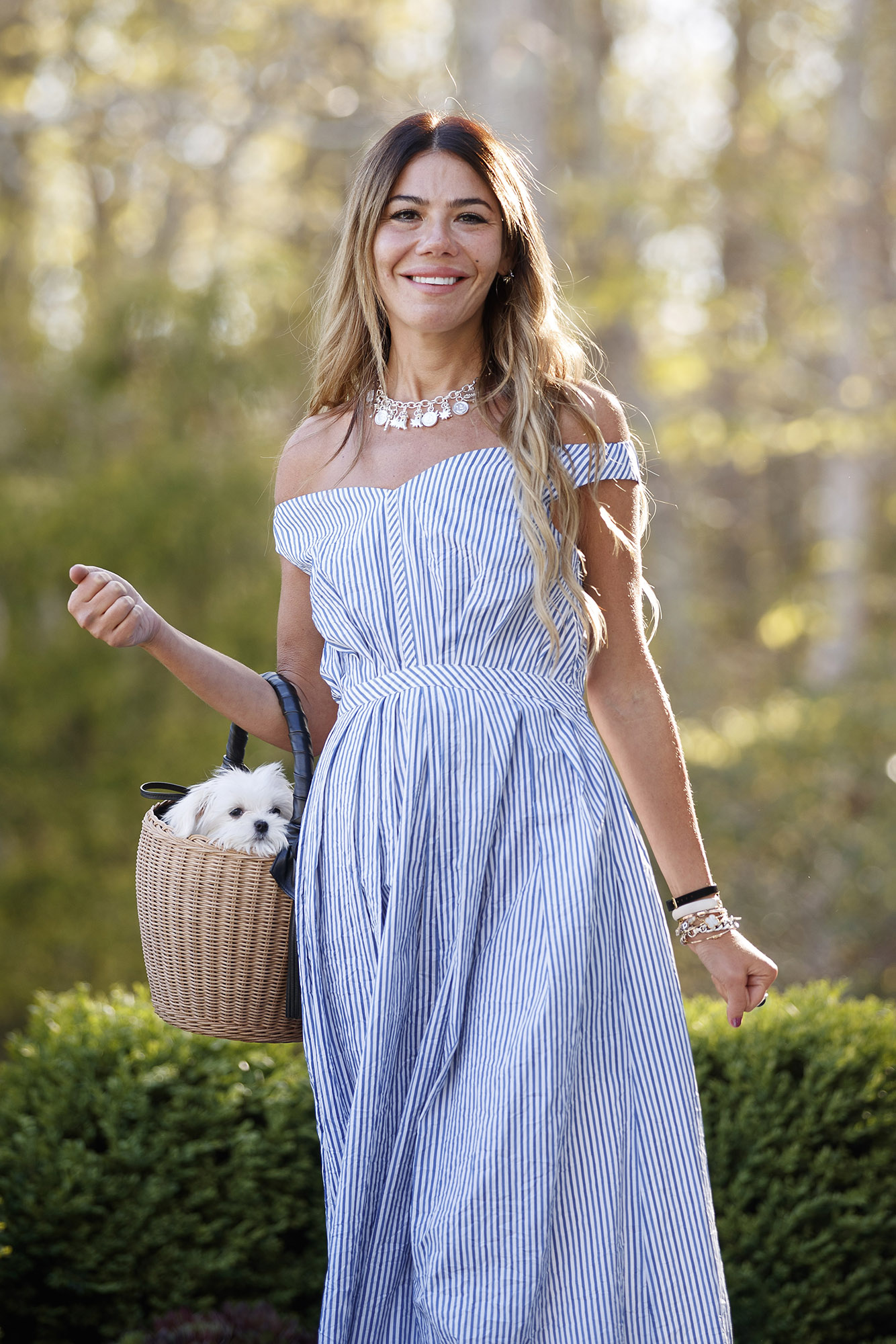 The couple, who share custody of their teen son and daughter, split — and things immediately turned ugly. Libbie accused David of assaulting her when she tried to remove a $500,000 Keith Haring sculpture from their home, and of transferring ownership of their $72 million Upper East Side townhouse to an LLC controlled by his brother.

Although they reached a settlement in December 2020 — Libbie had sought $100 million and told Page Six she was “very happy” with what she got — the exes have never really stopped fighting.

David took her back to court in April, claiming she had not returned several artworks, a Ferrari and a Porsche. (Libbie’s team said everything has since been returned.) Last month, Libbie filed a police ­report in Southampton, accusing him of trying to dump damaged artwork on her. 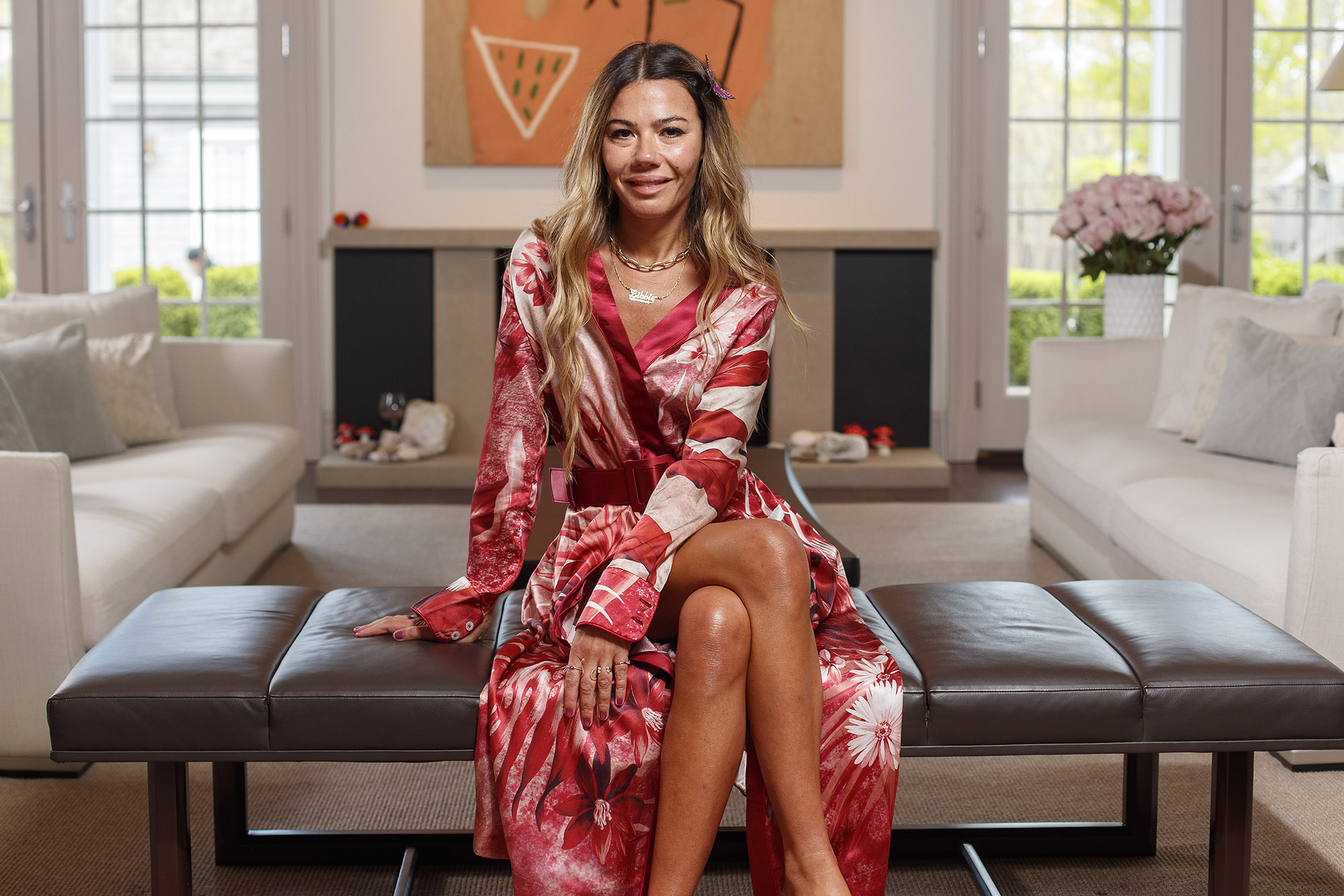 “You can see the damage to the Basquiat. Once it’s damaged, it loses value immediately. You can’t help but think it was a malicious act,” Libbie’s lawyer, Ken Jewell, told The Post. “I’m likely to file something to reopen the [divorce] agreement.”

Mugrabi said she has been counseling other women, some of them strangers, over the phone, helping them deal with divorce.

“The court system in New York has no consideration for women,” she said. “[The courts] make women grovel for the basics that they’re used to — for things they earned and are entitled to — then cut it to a tenth. Everyone tries to wear you down: the man, the court, the lawyers. It’s the most corrupt system.” 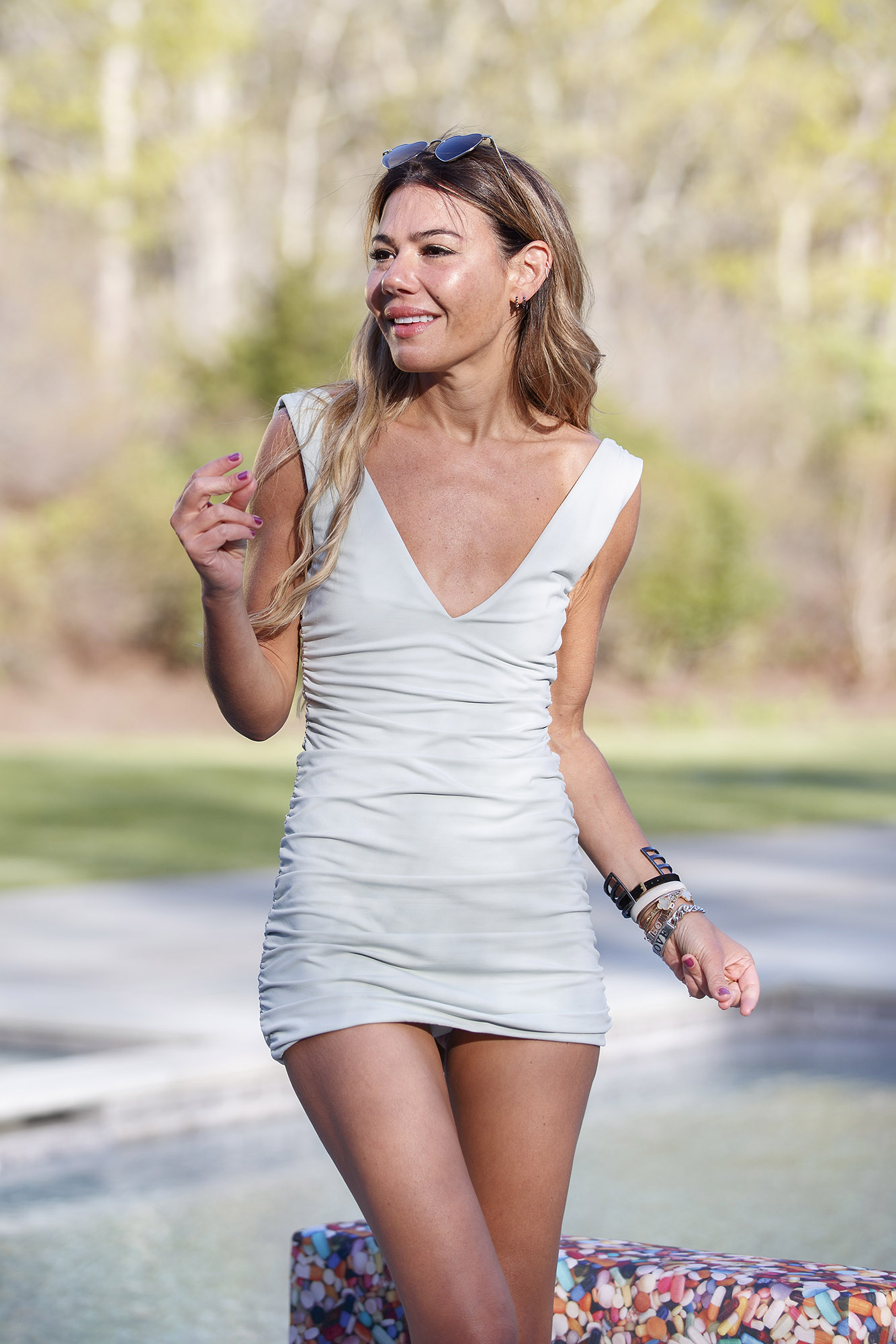 These days, she splits her time between ­Miami and Watermill in the Hamptons. She’s also planning to buy a home in Maui, where her Libbie Love streetwear line — including trucker hats emblazoned with slogans like ­“Divorcée Glam,” “Bougie” and “Gaslighting” — is produced. “Gaslighting means someone is mentally f–king with you to make you think you’re crazy when you’re not,” she said. “It’s a really common divorce strategy and an abuse tactic.” She plans to expand the brand to include keychains, bags and sex toys.

Libbie also continues to collect art on her own, and recently bought a neon piece by Tracey Emin. “I think I have an ­excellent eye,” she said.

In June 2020, she drew criticism from The New York Times for hosting a 50-person dinner at Art Basel Miami during the pandemic. That same week, Page Six reported, she created “panic” when she scaled a multimillion-dollar unicorn sculpture by Damien Hirst to take a photo.

“My artist friends compare me to Peggy Guggenheim,” she said of the legendary 20th-century art collector, whose friend explained to Libbie: “She was fast and furious and drove in her own lane and no one could keep up with her.” 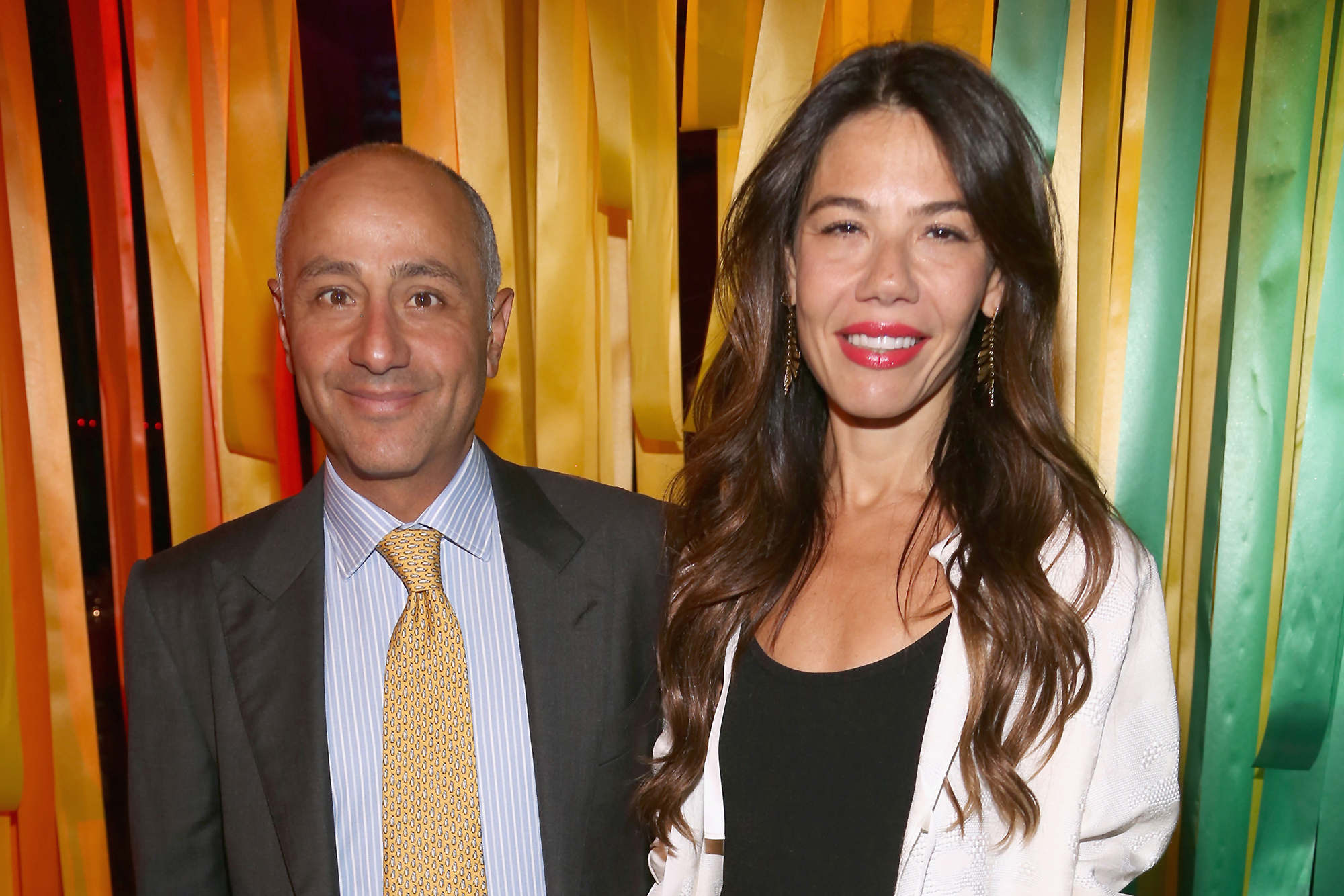 Libbie is no longer dating Brock Pierce, the 40-year-old former child actor-turned-investor and presidential candidate she was first linked to last August, but said their connection was easy: “He was my age. We had the same cultural references . . . I’ve never really dated anyone my age.”

After her breakup with David, Libbie admitted, she made poor choices about people she had in her life. “I got robbed by so many people since I got divorced — I’ve been robbed like 10 times,” she said, noting jewelry, credit cards and art she said was thieved by onetime friends.

“I’m open and I’m free, and I’ve had some ­really creepy people around me. Now I’m being much more careful,” she said. “I’ve never been 41 before with money and all this stuff. It’s like a rebirth. You have to relearn everything.” 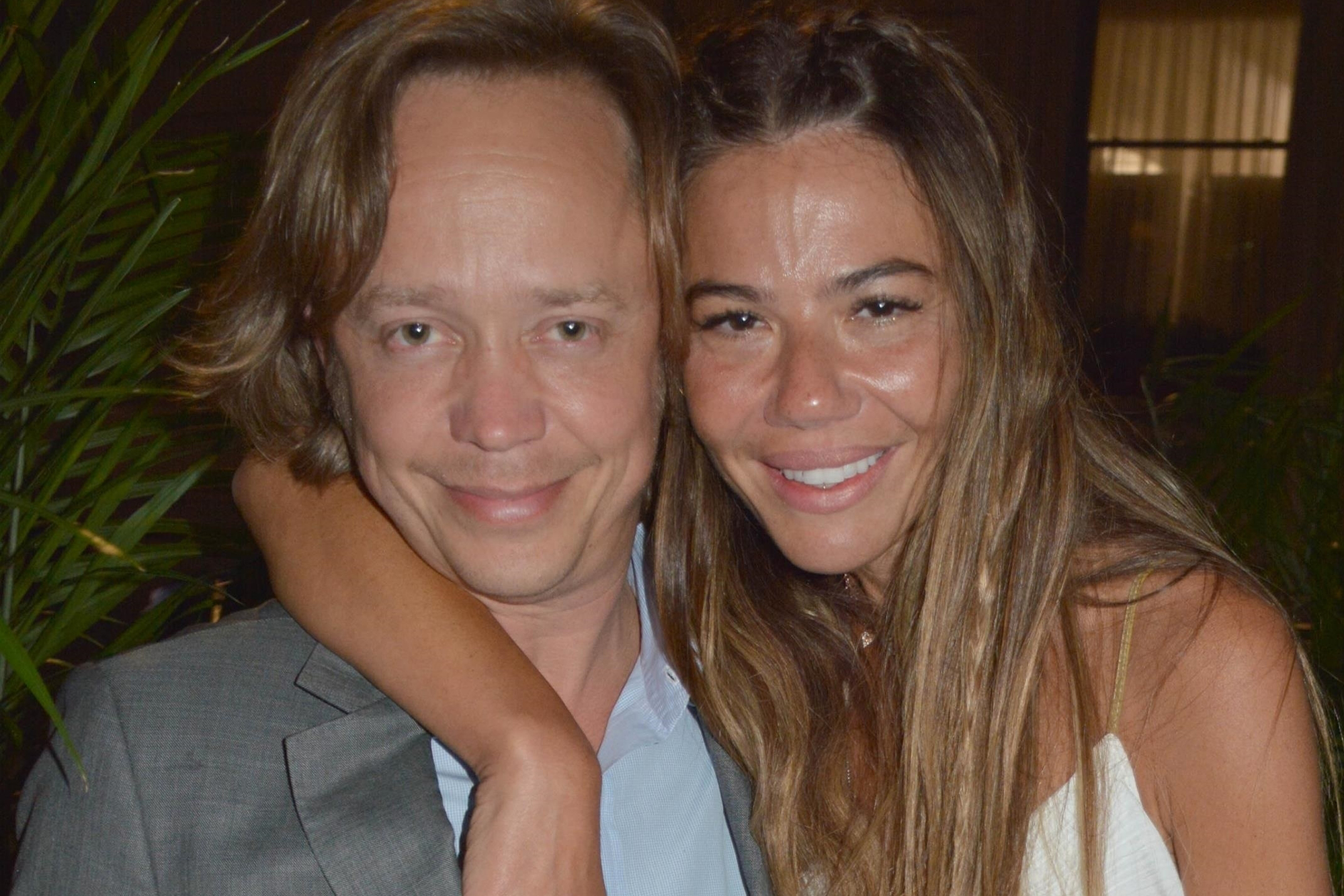 Libbie said she has no plans to join a “Real Housewives” franchise. She interviewed with producers a couple of years ago but was put off by requests, including that she drink on camera. “They asked me to say, ‘Why have one Warhol when you can have them all?’ ” she recalled. (A source close to production told The Post that Bravo passed on Libbie and not the other way around.)

“Plus, that’s like a job. I can never work for anybody. I march way too [much to] my own beat to work for anybody at this point,” she said. “I’m independent . . . I’m happy. I feel like the best is yet to come.”

8 Bachelor Alums Who Should Be Considered For the Hosting Gig

A Recap Of All The Murder, Mayhem & Threesomes That Happened In ‘Elite’ Season 2