A preview for the upcoming episode of ‘KUWTK’ shows tension brewing between Kim and Kourtney Kardashian just one year after their physical altercation.

Kim Kardashian and Kourtney Kardashian will have some words on the upcoming May 20 episode of Keeping Up With the Kardashians. A preview for the episode aired on May 13, and shows some drama between Kourt and Kim. “You have a reputation of degrading people,” Kim tells Kourtney, to which the older sister replies, “Kim, shut the f*** up.” In a confessional, Khloe Kardashian says, “We all have the ability to be negative and we should want to change.”

These scenes were filmed in Sept. 2020, which was about one year after Kim and Kourtney’s last explosive fight. The drama then started with Kim and Khloe admitting their frustration over Kourtney not wanting to film certain aspects of her life for the family’s reality show. Tensions were rising for weeks, and it eventually led to things getting physical between Kim and Kourtney. Afterward, Kim even had visible scratches on her body from the fight!

Both sisters were extremely upset over how they handled the situation. In the end, Kourtney wound up taking a step back from the show and started “picking and choosing” what she wanted the cameras to film. Shortly after the altercation, Kim and Kourtney were forced to spend time together when they took their kids on a trip to Armenia in Oct. 2019. 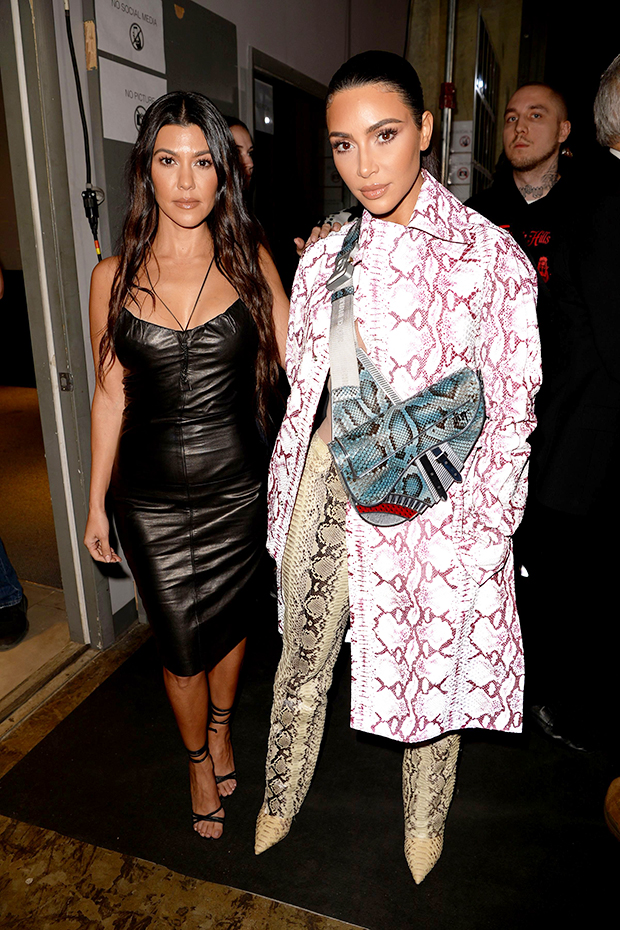 Although things were tense for a while between the sisters, they seemed to get back into a good place after a few months. It’s unclear what caused this latest blow-up that we see in the preview, but we’ll certainly find out when the next episode airs on May 20! Meanwhile, Kourtney has also slowly started opening up a bit more on-camera during this last season of KUWTK. Her relationship with ex, Scott Disick, was explored during several recent episodes, although she shut down the possibility of a romantic reconciliation with him. Now, she’s dating Travis Barker, and we’ll just have to wait and see whether their romance makes it on-screen or not!