Pep Guardiola’s side cruised to a 2-0 win over their rivals last Saturday thanks to an Eric Bailly own goal, while Bernardo Silva was also on target. 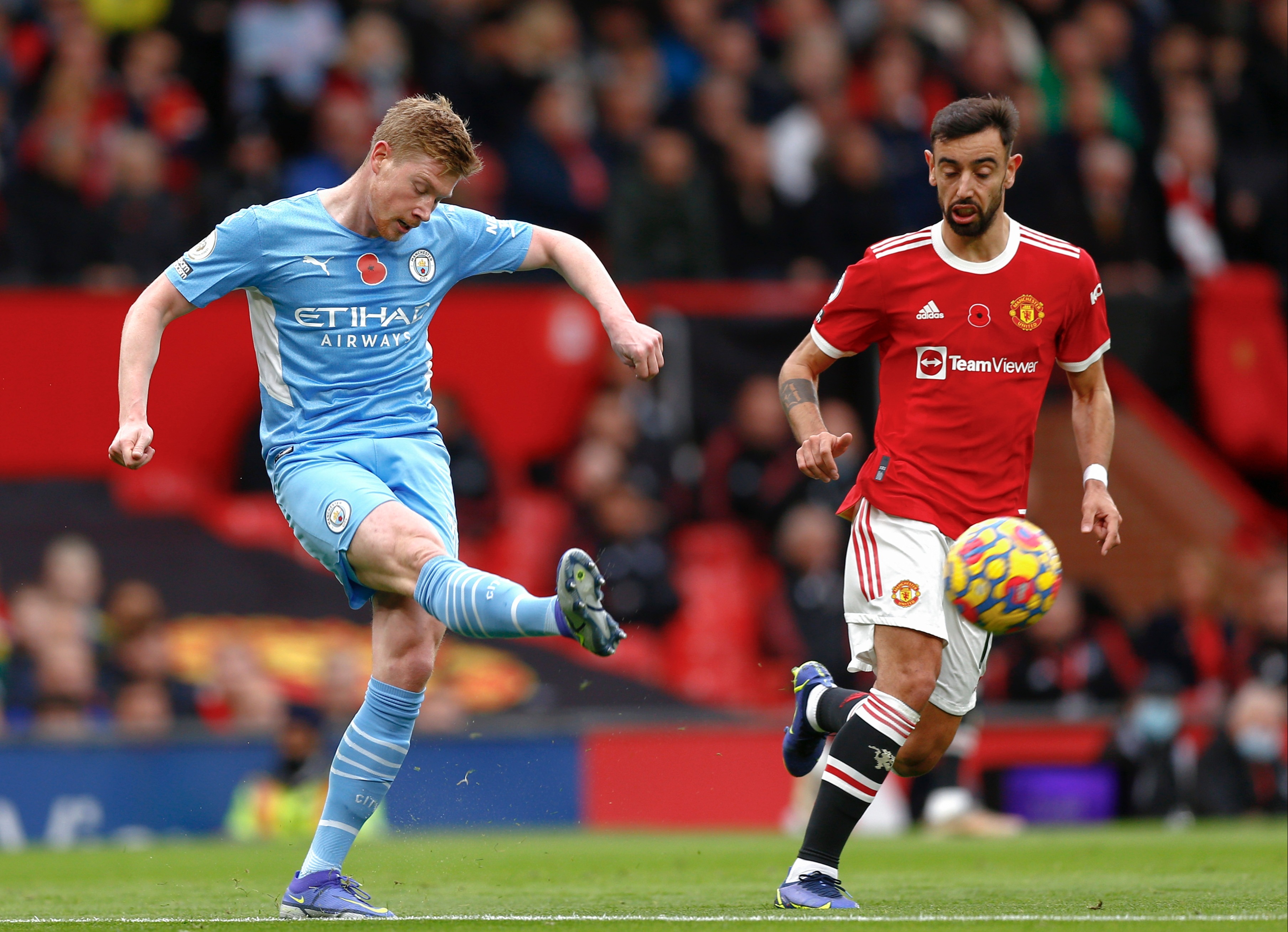 And after that red-hot performance you wouldn’t have known that City had hardly trained the day before.

De Bruyne told Dutch podcast Mid Mid: “The day before a game we usually train tactically, based on how the opponent plays.

“Before United, Pep said: ‘We don’t know how they are going to play. We shall see’. And we stopped training after 10 minutes or so.

“We have done what we always do, but he didn’t know beforehand if they would play with five at the back, with four, a diamond in the middle, or with three upfront.”

Meanwhile, reports claim City have made an enquiry to RB Leipzig over attacking midfielder Christopher Nkunku.

BETTING SPECIAL – GET £50 IN FREE BETS WITH WILLIAM HILL

Nkunku, 23, has impressed in the Bundesliga this season and caught the eye of City and several other big clubs on the continent.

According to German newspaper Bild, City, Paris Saint-Germain, Real Madrid, and Juventus and are all keeping tabs on the Frenchman.

But it is the Citizens who are believed to have taken the lead in the race for his signature.

City are reportedly ready to enter negotiations for Nkunku, who does not have a release clause in his contract.

He signed for RB Leipzig for around £11.7million in 2019 and the German outfit are said to be seeking a huge profit with his sale.

Crowds clash with police in downtown Chicago after shooting