The 27-year-old was forced off after just 43 minutes of Saturday’s home defeat to Burnley after suffering an injury. 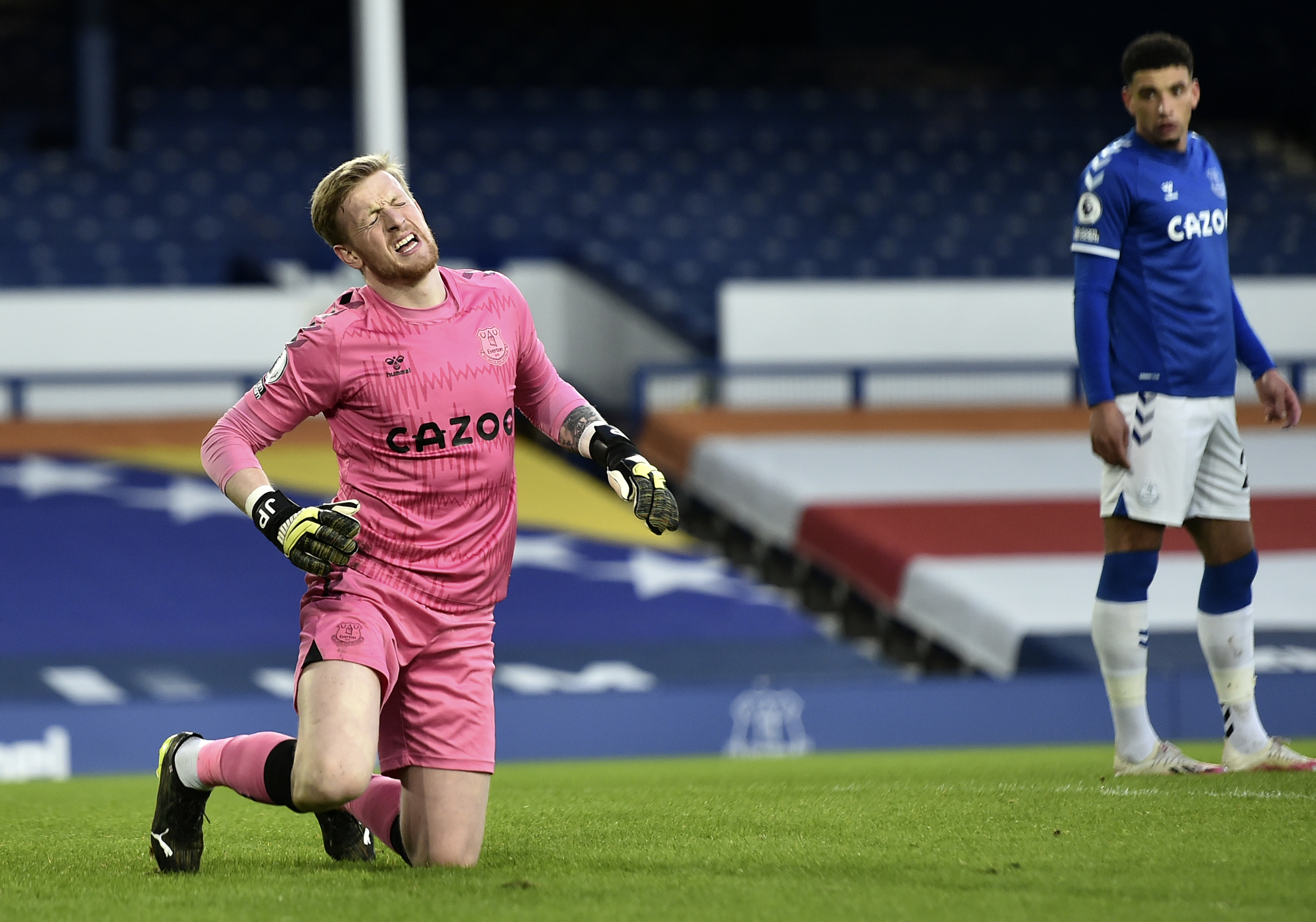 He underwent a scan to assess the damage and it has been discovered he has injured his oblique abdominal muscle.

That has ruled him out of the Toffees’ crunch cup clash with Manchester City this weekend.

And it will also be a bitter blow to England boss Gareth Southgate.

He will now be without his No.1 for the Three Lions’ World Cup qualifiers later this month.

Southgate will name his squad for games against San Marino, Albania and Poland on Thursday.

Pickford has made 154 appearances for Everton since joining from Sunderland in July 2017.

A statement from the Merseyside outfit confirmed that he ‘will remain under the care of the club’s medical staff at USM Finch Farm’ during the upcoming international break.

West Brom’s Sam Johnstone now looks favourite to receive a call-up to the England squad with Nick pope most-likely to start for Southgate.

CHELTENHAM SPECIAL OFFER: GET CHACUN POUR SOI AT 50/1 IN THE CHAMPION CHASE

Meanwhile, Dortmund star Jordan Sancho is also set to be unavailable for this month's matches.

The forward looks set to be sidelined through injury until next month.