The moment a father-of-three who lost his hands and feet after contracting sepsis opened his eyes on a dramatic transformation of his family’s ‘jungle’ garden left viewers watching ITV’s Love Your Garden in tears.

Show host Alan Titchmarsh admitted that the makeover of the sprawling land – filled with junk and clutter – had been the show’s ‘most difficult challenge yet’.

Physiotherapist Chris Garlick, from Pontypool, Wales, almost lost his life to sepsis after falling ill with meningitis in 2017.

The dad-of-three had been renovating the sloped garden when the life-changing illness struck, which left him using a wheel-chair and unable to even venture into the outdoor space behind his family’s home. 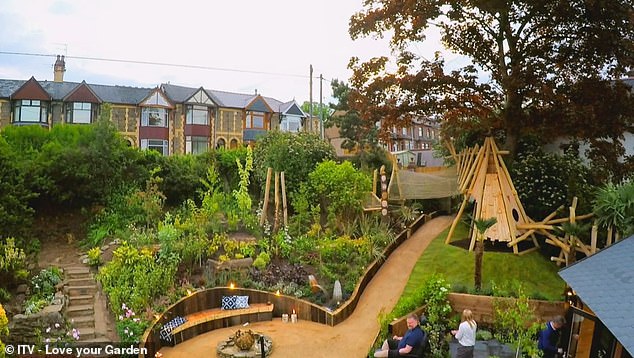 The stunning sloped garden created for Chris Garlick, from Pontypool, Wales, by the Love Your Garden team. Chris almost lost his life to sepsis after falling ill with meningitis in 2017 – with doctors forced to amputate his hands and feet 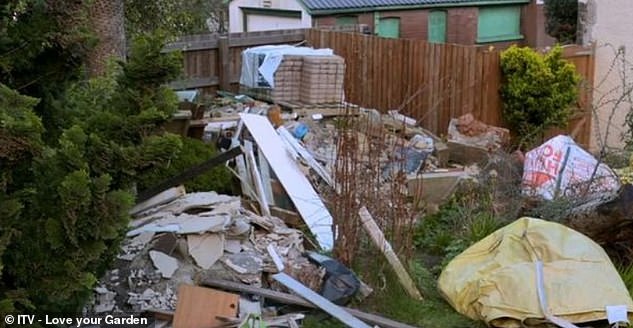 Chris had been in the process of renovating the family’s garden when sepsis struck him in 2017. Show host Alan Titchmarsh admitted that the makeover of the sprawling land – filled with junk and clutter – had been the show’s ‘most difficult challenge yet’ 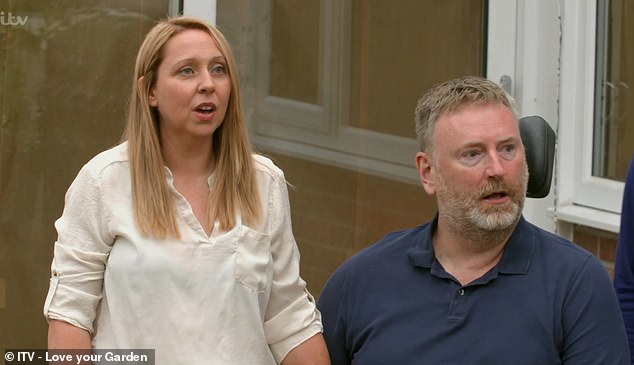 Stunned: The moment Chris and his wife Karran opened their eyes on a dramatic transformation of his family’s ‘jungle’ garden left viewers in tears 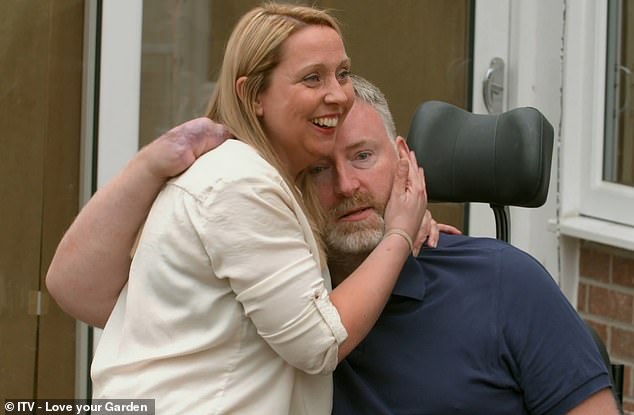 Viewers watching the moment Chris and his wife Karran saw what the Love Your Garden team had managed to achieve – a stunning – and accessible – garden with a play area for the couple’s children – said it had ‘restored their faith in humanity.’

Chris is heard saying: ‘I don’t believe it. This is incredible. I have got this giant space that I can actually use. Just being able to be outside and with a fire. It is such a simple thing but it means so much to me.’

When Alan and his team first arrived at the family home they were greeted with piles of clutter and rubbish in a garden that was unusable for Chris and his family.

Chris said to Alan: ‘I would just like to have somewhere for them to play. We have got this huge space and we are not using it. I would love to be outside, but at the moment I am stuck on the patio like Billy No Mates.’ 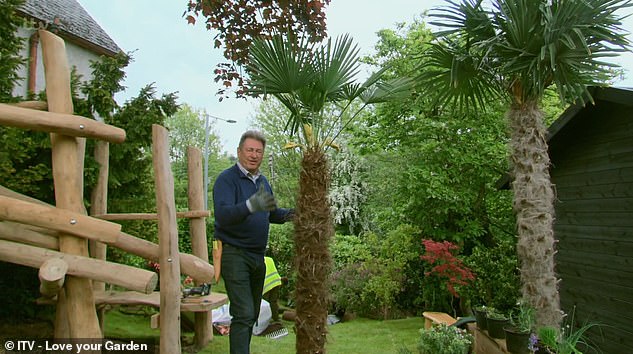 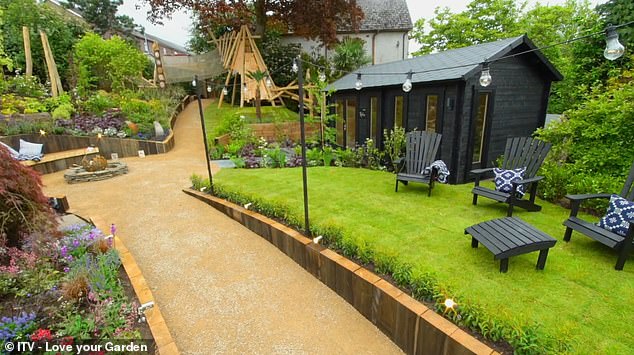 On Twitter, the episode, which featured two other transformations, sparked a flurry of comments.

@LisaCB8 agreed, saying: ‘The jungle is now …paradise. What an amazing transformation! I b***dy cried.’

@pam_schofield penned: ‘That’s the most beautiful garden ever created on #LoveYourFamilyGarden.’

And @BuddingPotter scribed: ‘What are you doing to me? Loads of tear jerkers in one episode, tissues required!’ 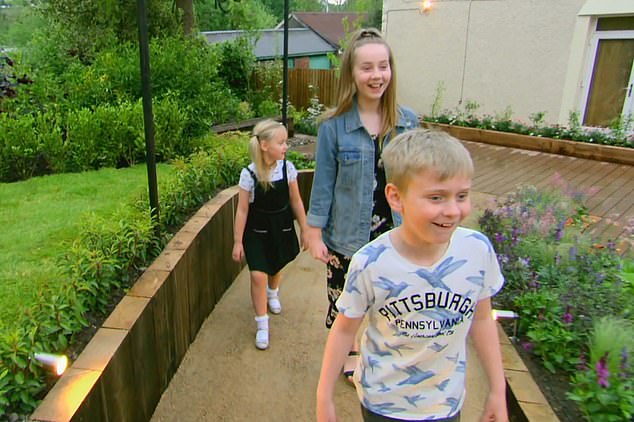 The couple’s three children set eyes on their new garden, which includes a play area, for the first time 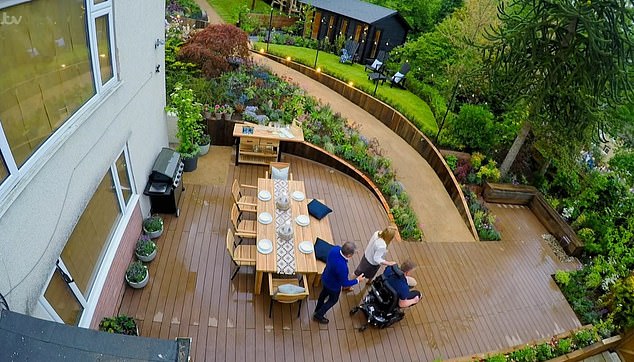 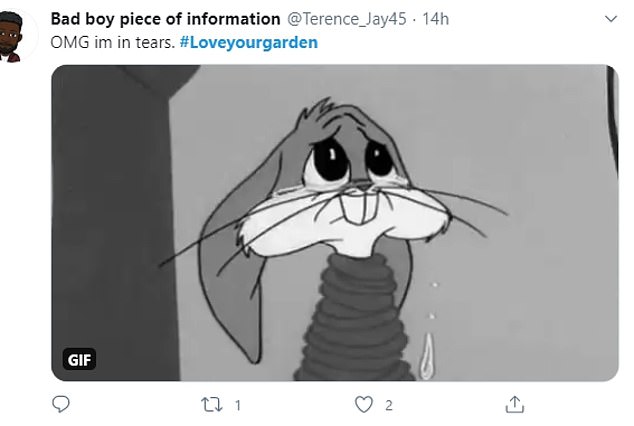 The finished garden, which left Chris and Karran open-mouthed, includes an accessible path for Chris to use, a contemporary style water feature, stylish summer house, children’s play area including a rope trail and a ‘therapy building’. Three large palm trees were also dug into the garden to give it a holiday feel.

Describing how he’d fallen ill, Chris explained: ‘I was feeling a bit under the weather. Temperature was up and I was drenched in sweat, but I had no idea what it was.

‘My wife was doing a return to nursing course and two weeks prior to this happening she went on a sepsis course. The only reason I am here is because she recognised that I had about five of the six red flags for sepsis.’

Spoilers: Hunt for Shane's drug dealer as marriage hangs by thread in Neighbours