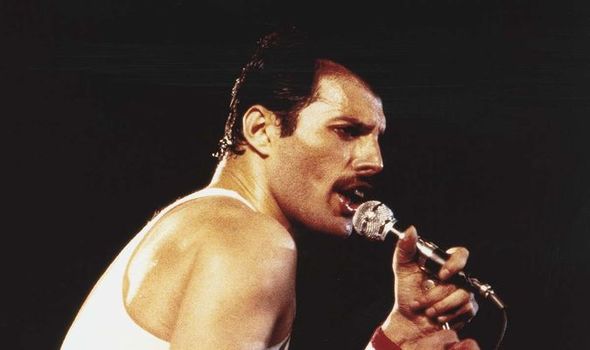 The Queen singer announced he had the illness less than 24 hours before he died aged 45 in 1991. He had lived with HIV/Aids since being diagnosed in April 1987, but chose not to reveal his secret until the end.

Peter Freestone, who worked as his personal assistant for 12 years, was there in his final days, and revealed “he was the most relaxed that I’d seen him in years” after the news broke about his illness.

Mr Freestone has contributed to a BBC documentary about the period around Freddie’s death and the tribute concert held in his honour.

He also revealed that while Freddie was famed for his flamboyant stage outfits, at home he loved relaxing in “a mismatched tracksuit and a pair of slippers”.

The 66-year-old said Freddie stopped taking his medication in September that year, saying “he just knew it was his time”, and that it was time to tell the world. He died on November 24.

“He knew the time would come when it was right to say what was happening.

“If he had died and it was said afterwards it would have been like trying to sweep a dirty secret under the carpet. Freddie was incredibly relaxed that night because at 8 o’clock the statement had been released to the world that he had Aids.

“So there was no [worry], everything was taken from his shoulders and he was the most relaxed that I’d seen him in years. He was very much [at peace]. With what he went through in those last four and a half years, he really was one of the most courageous, brave men I have ever met.

What is happening where you live? Find out by adding your postcode or visit InYourArea

“In the end it was him that decided that it was time, that he had done everything he needed to do. He was not going to let the disease have total control. It was going to kill him, but it would kill him in his time, not its time.”

Elton John was a devoted friend. Mr Freestone said: “Elton, for the last six months of his life, would be there every week.”

“If someone says the name Freddie Mercury, in my mind I see this man at home in his sitting room on the couch throwing his head back, laughing. Because really he was happy.

“At home he could walk about in a mismatched tracksuit and a pair of slippers, go into the garden and play with the cats.”

Freddie Mercury: The Final Act will air on BBC Two on Saturday, November 27

5 common misconceptions Americans have about retirement