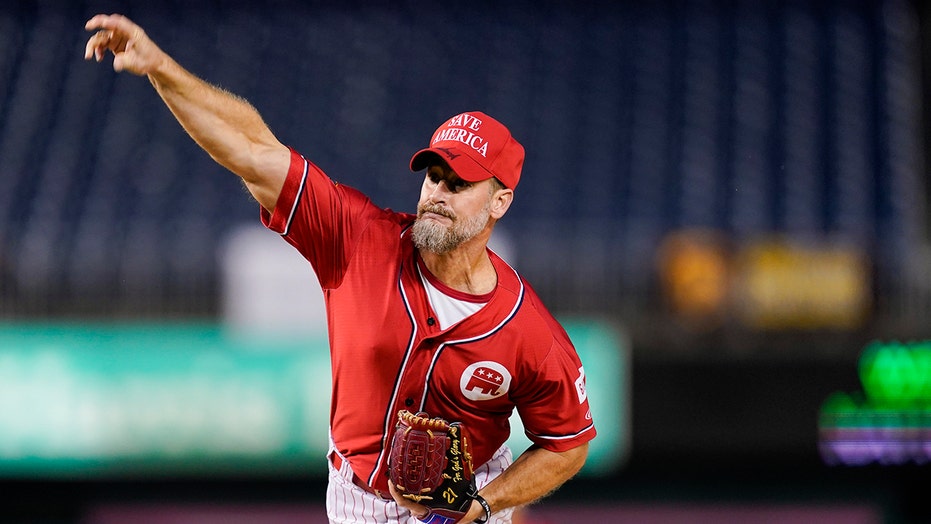 If the congressional gig doesn’t work out, the Washington Nationals may be able to use Rep. Greg Steube.

As Biden greeted Steube’s GOP teammates in the home dugout at Nationals Park amid ongoing drama over the fate of two massive spending bills on Capitol Hill, the second-term lawmaker turned on the first pitch of the bottom of the third inning from Rep. Pete Aguilar (D-Calif.) and sent it deep to left field. 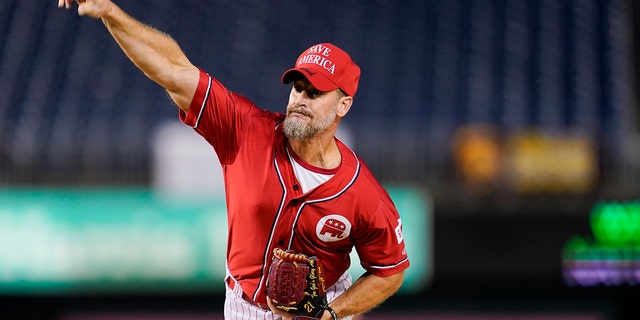 As the ball hit off a railing in front of the first row of the stands and ricocheted back onto the field, Steube broke into a Kirk Gibson-style slow trot around the bases. He was congratulated by Democratic fielders he encountered before being mobbed by his red-clad teammates as he crossed the plate.

Steube is the first lawmaker to clear the fence at Nationals Park since the game was moved there in 2008. Rep. Ron Paul (R-Texas) is believed to have been the first lawmaker to hit an out-of-the-park home run in the game, doing so in 1979 at Alexandria, Va. In 1997, Rep. John Shimkus (R-Ill.) clanged a home run off the foul pole at Prince George’s Stadium in Bowie, Md.

In addition to showing his prowess at the plate, Steube was also the GOP’s starting pitcher — taking the mound in a red “Save America” hat signed by former President Donald Trump — and toiled through 5 2/3 innings and 120 pitches before moving to third base.

Rep. August Pfluger (R-Texas) managed to record the final four outs as the GOP held on for a 13-12, seven-inning win, their first since 2016. The last out was recorded by — who else? — Steube, who caught a pop-up off the bat of Rep. Greg Stanton (D-Ariz.) with the tying run on second to preserve the Republican victory.

Racing Gossip: Trackman is back with the latest paddock talk as he lines up some bets at Newbury on Saturday