TYSON Fury's savage knockout of Deontay Wilder has sent fans on social media into a frenzy.

The Gypsy King stopped Wilder in the eleventh round at the T-Mobile Arena in Las Vegas on Saturday night. 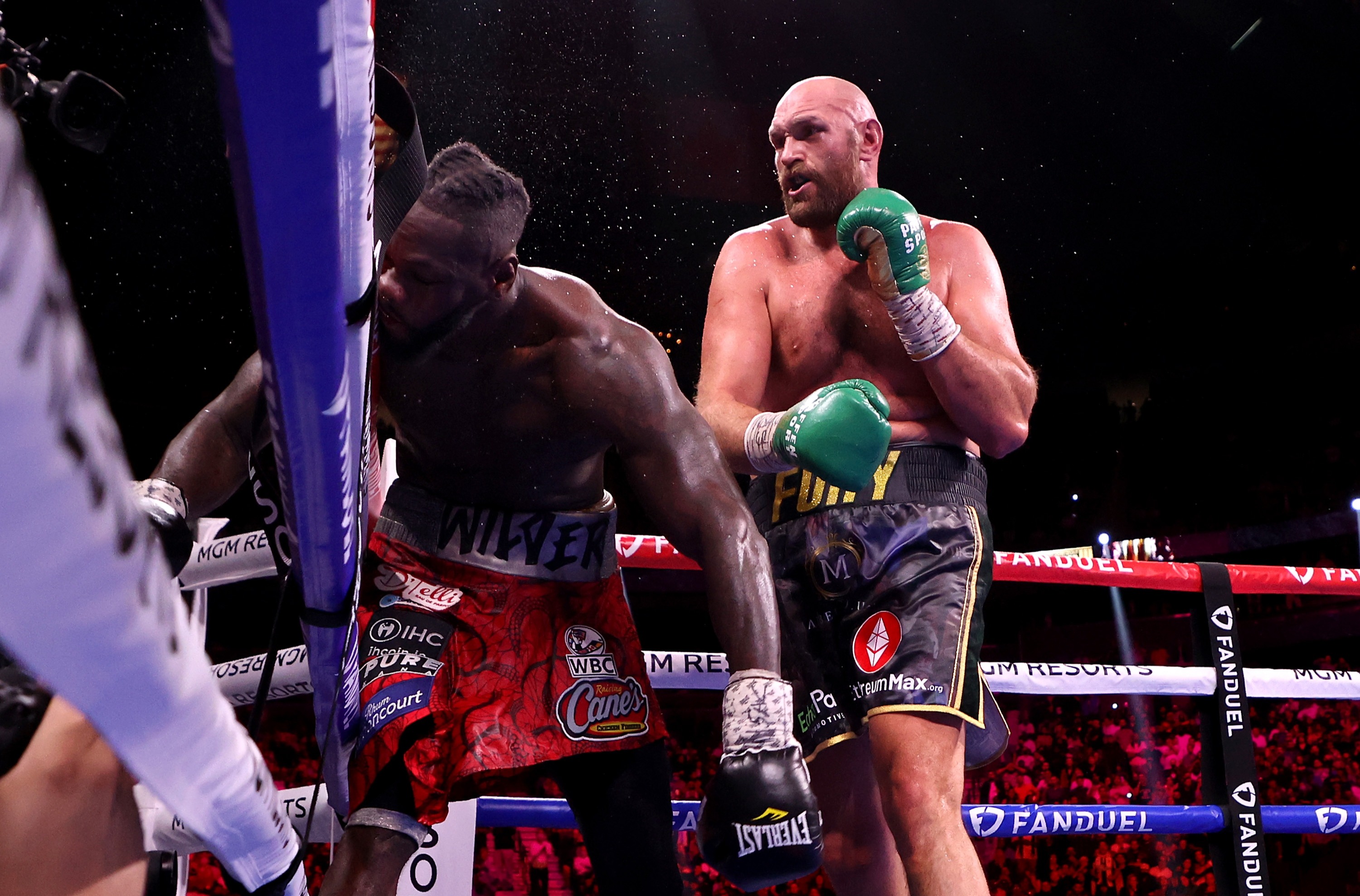 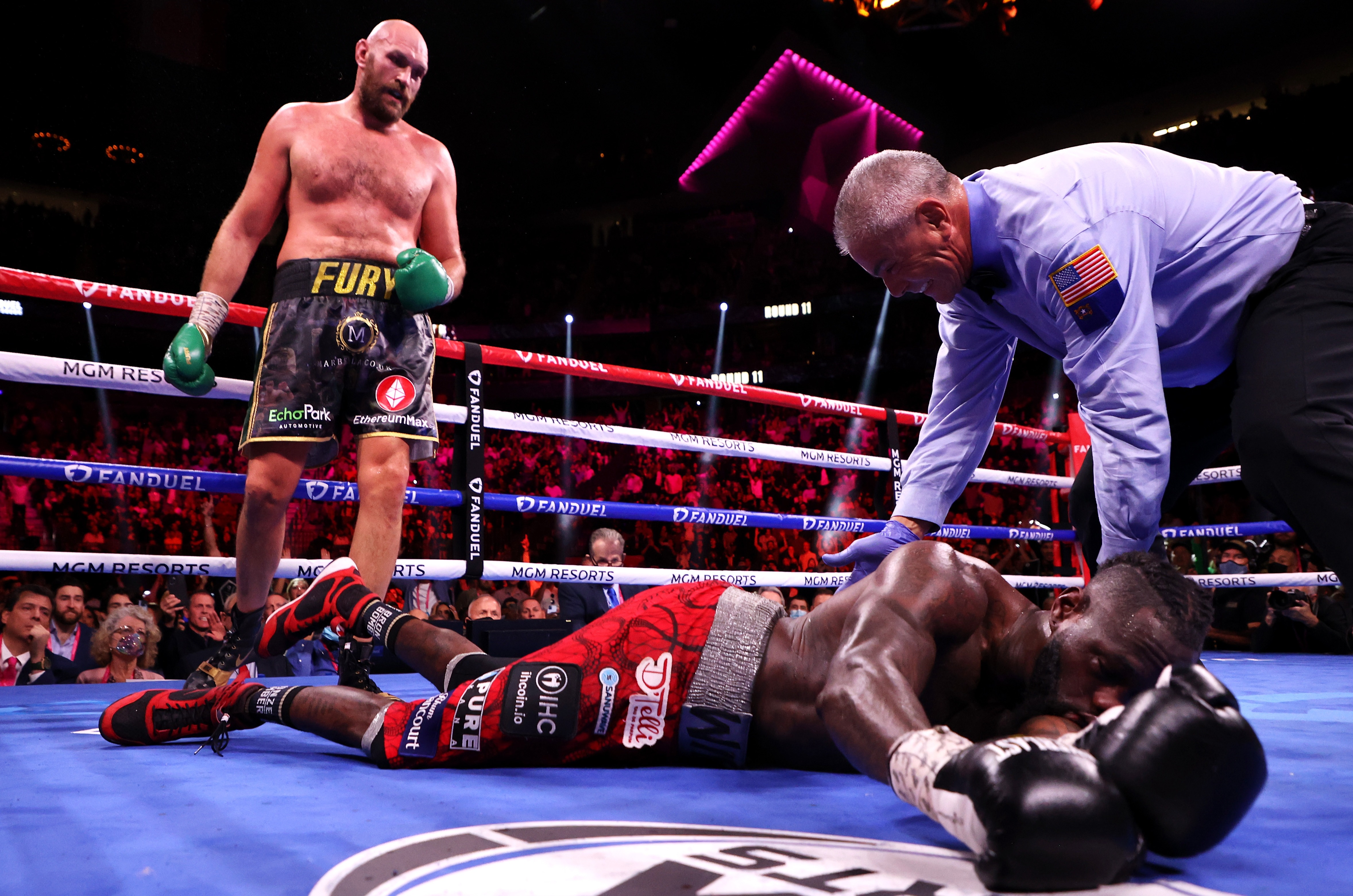 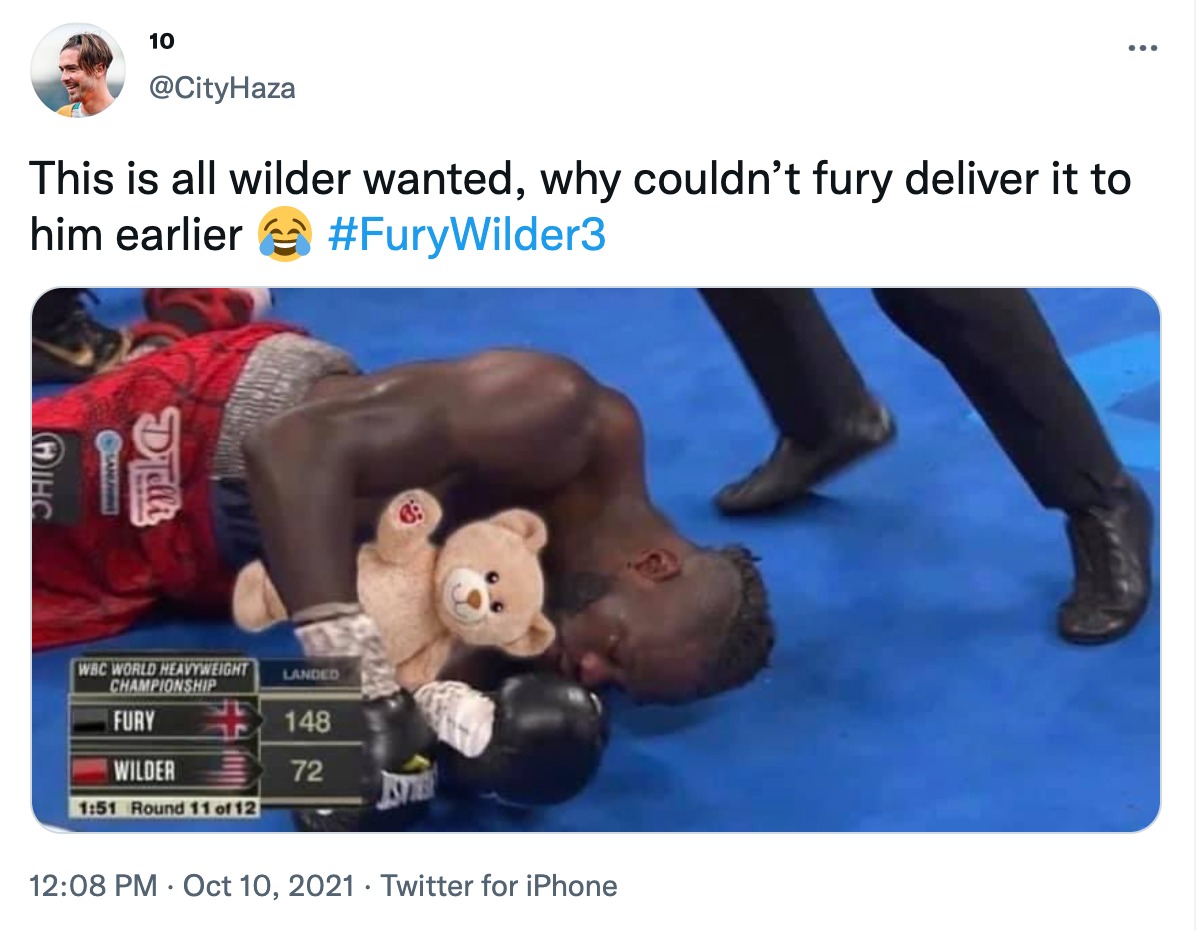 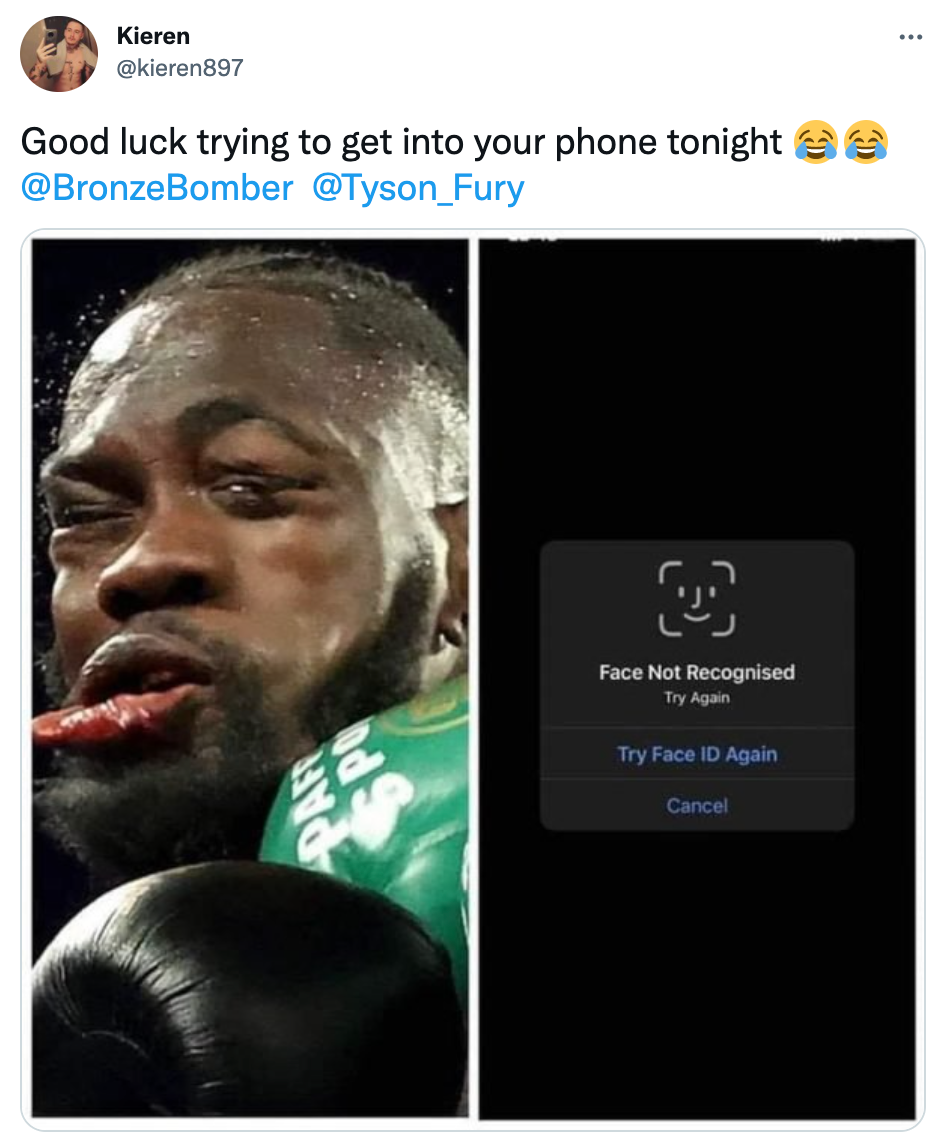 The final blow sent Wilder sprawling to the canvas, with fans quick to use the image of him on the floor at his expense.

One Twitter user edited a teddy bear inside Wilder's arms as he lay sprawled out on the deck, poking fun at Fury sending his opponent to sleep.

Another ridiculed Wilder's face after taking Fury's punches, taunting the Bronze Bomber that the facial recognition on his phone is unlikely to work after the vicious knockout.

One showed Wilder being held up by the character Ali – in what is a hilarious recreation of one of the scenes from the show. 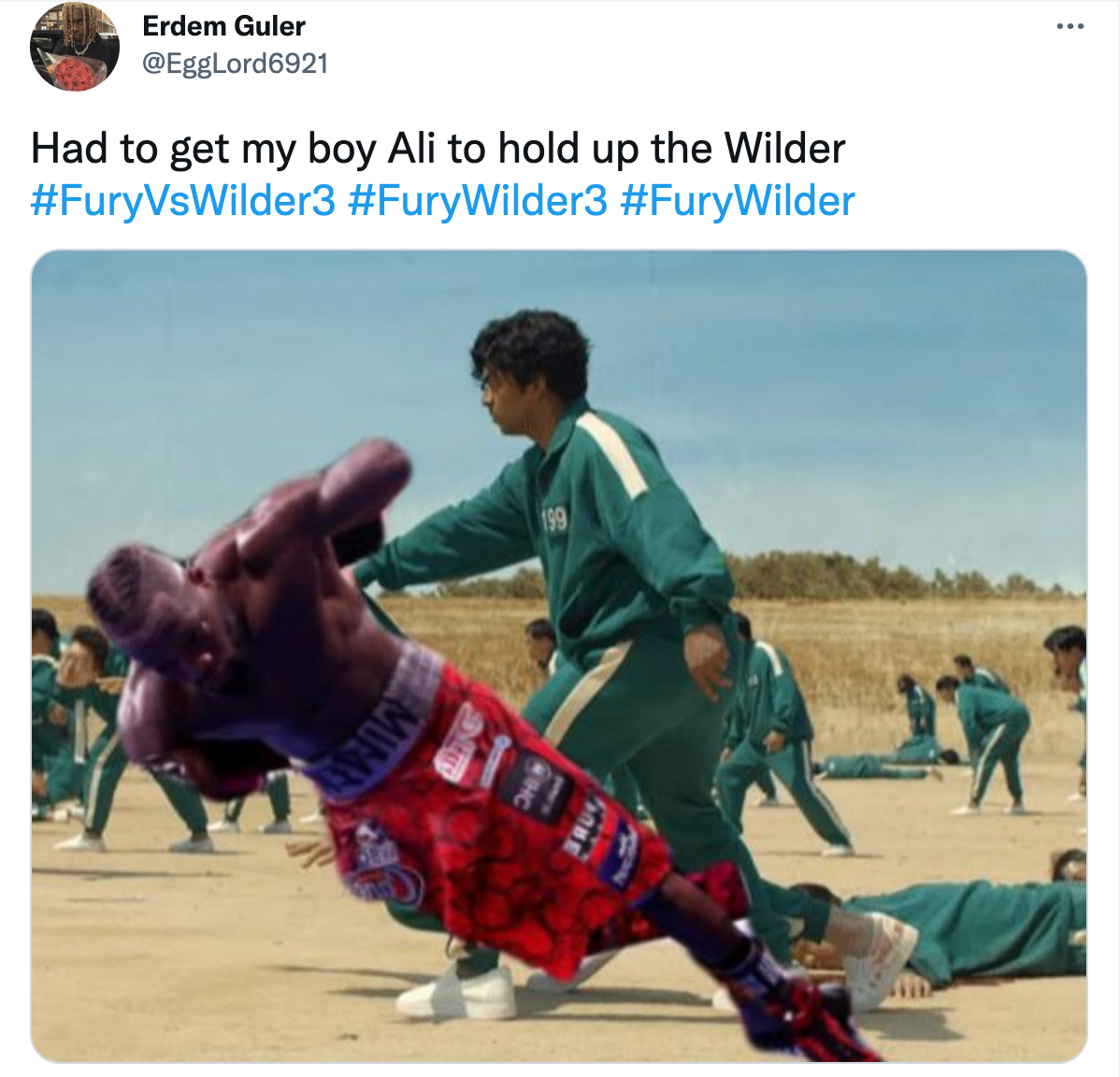 The Bronze Bomber was taken to hospital as a precaution after the fight but didn't have to stay overnight.

And reacting to a second defeat to Fury the 35-year-old has claimed he doesn't know 'what happened'.

He said: "I did my best, but it wasn't good enough tonight. I'm not sure what happened.

"I know that in training he did certain things, and I also knew that he didn't come in at 277 pounds to be a ballet dancer.

"He came to lean on me, try to rough me up and he succeeded."

Some Wilder fans though have insisted the Bronze Bomber was 'robbed' after the referee seemed to allow Fury longer than ten seconds to recover after being knocked down in the fourth.

One said: "I understand Wilder got outboxed but are we all gonna ignore Fury’s 12 count. Ref says five, stops counting for three seconds, then says six."

Another agreed: "If the ref didn’t give Fury 10-year count it would be a different story."

Laurel Hubbard is the first transgender athlete to compete in Olympics