On May 1, 1967, Elvis Presley and his beau, Priscilla Beaulieu, were married in Las Vegas, America. The pair attended the Las Vegas Courthouse at 4am that morning in order to prevent the press from leaking the information, before carrying out a traditional ceremony that afternoon at the Aladdin Hotel. Elvis wore a black tuxedo covered with paisley silk brocade, something he picked up from one of his movies.

According to Vogue, Elvis’ suit was tailored by a man named Lambert Marks.

Lambert was a part of movie production company MGM, who had worked with the King in the past in his film career.

Specifically, Lambert had previously dressed Elvis in his films Girl Happy and Spinout.

Elvis played the dapper Rusty in Girl Happy, where he serenaded a number of female characters. 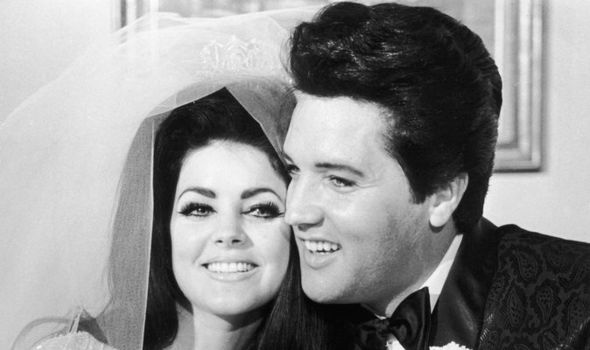 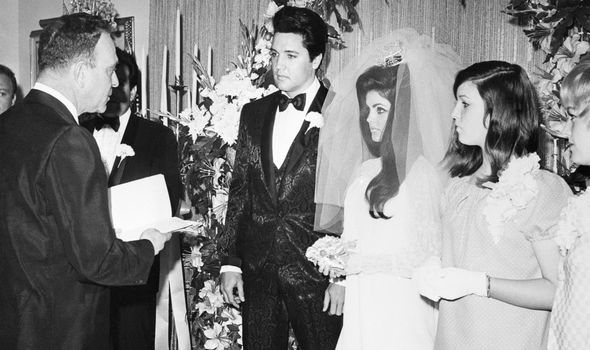 In Spinout Elvis played Mike McCoy, who found himself tasked with choosing a woman to marry.

On his wedding day Elvis continued wearing his hair in the “pompadour” fashion he was well known for.

His hair was dyed black and the star allegedly asked Priscilla to dye her hair the same colour so they would match in photographs.

However, his hairstyle was given some extra support, as Vogue reports it had a wire in it to keep it tall and firm. 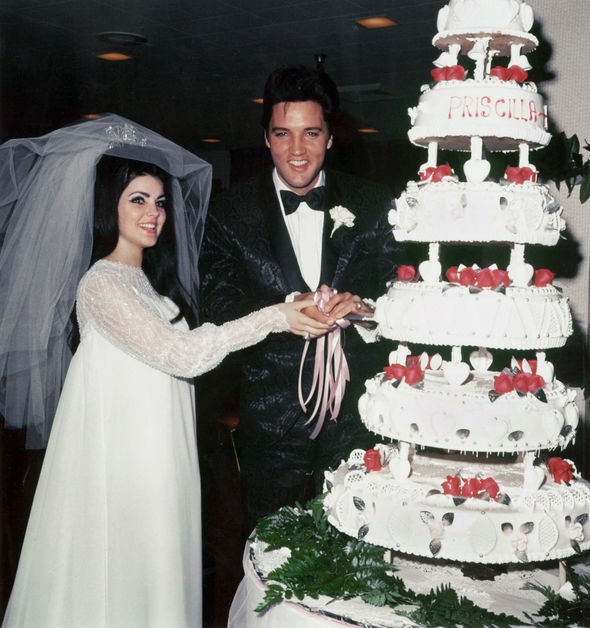 Elvis Presley: A look at ‘The Archives Vault’ tour at Graceland

In the classic wedding fashion, Elvis wore a luxurious watch to get him down the aisle.

The same website claims he wore a timepiece complete with platinum, diamonds and sapphires.

He matched the sparkling watch with a pair of diamond and sapphire cufflinks, which protruded beneath his tuxedo sleeves.

He topped off his look with cowboy boots, showing he still had his Mississippi roots.

She said years later: “I went to places like Neiman Marcus in disguise. I went with a [blonde] wig and everything just to keep it private!”

The 21-year-old at the time undertook the name Mrs Hodge to find her perfect dress. Eventually, she settled on a white, long laced dress with pearls.

She added: “It wasn’t extravagant, it wasn’t extreme – it was simple and to me beautiful.”

Priscilla later said in another interview: “I didn’t have time to stay there forever and look at dresses; I had one fitting for this dress and that was it, I was out of there.”

The cake for the event was a ginormous six-tiered five-foot-tall creation.

It was adorned with pink and white roses and had the couple’s names iced onto it.

Why do Greece enter the Olympic Games opening ceremony first and why is the Greek flag flown at the closing ceremony?