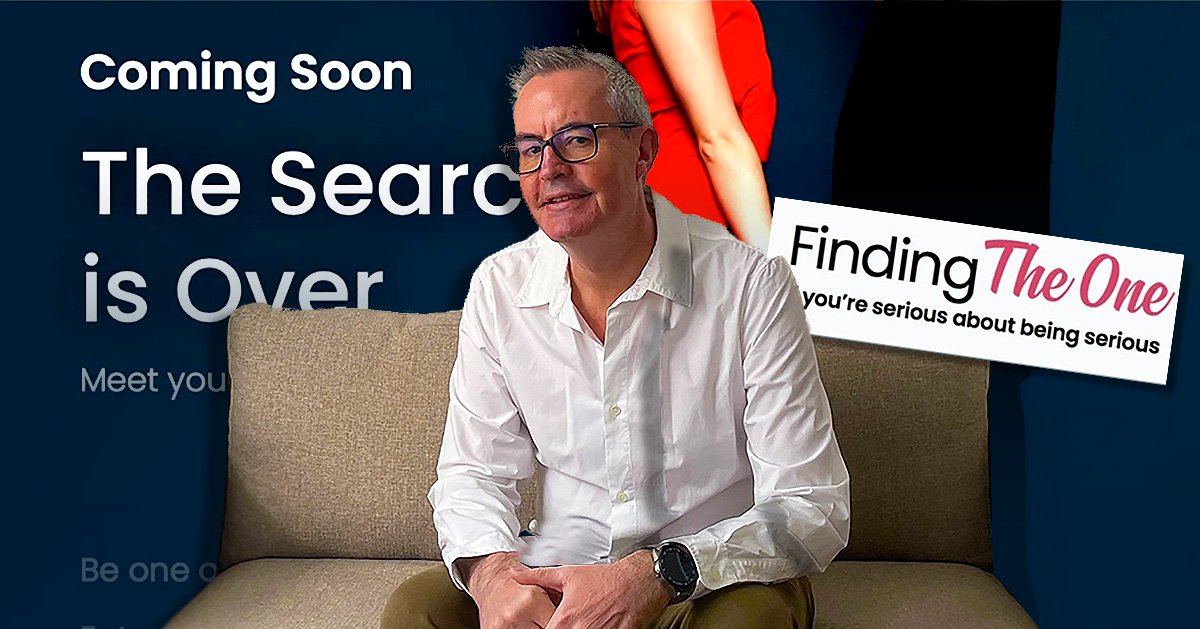 Valentine’s Day – it’s the most romantic day of the year for lots of people, but for singles, it can often be the loneliest.

In his line of work – running an online dating agency – Valentine’s Day comes just before a very busy week.

We talked to one of the masters of romance to discover why Valentine’s Day isn’t always good for couples, and how singles can find true love at last.

How does a ‘dating guru’ celebrate Valentine’s Day?

My partner and I are not too keen on being in a packed restaurant in a row of tables with other couples, pretending it’s romantic.

That set-up feels awkward and a bit dated so we will either stay in or go out for a fun night with a bunch of friends, some who are in relationships and others who are single. Love is about being with other people too.

Presumably Valentine’s Day is big business in the dating world?

Absolutely. People don’t like being reminded that they are single so there’s definitely a spike in interest. But from years of experience I’ve found that it’s actually the week after that there’s a massive rush.

Singles really get proactive and decide to break the cycle to find someone. And many couples break up over Valentine’s for one reason or another, so they’re looking for love again too.

It’s always all systems go in our office around this time and it’s the principle reason we are launching our new website next week — and not today.

How did you get into the dating business?

I was working in magazine publishing in 2002 when I saw an advert for a speed-dating event in Canary Wharf. I went and was amazed at how poorly it was run and knew I could do better.

I quickly set up a single page website and called it SpeedDater. I launched three weeks later with a small event at a bar in Blackheath and it was a hit.

What happened from there?

I quit my job and went hell for leather with SpeedDater with a mate. By the third month we were in profit and had ten events per week in London and then we branched out across the country.

We made more than £800,000 in the first year and £2 million in the second, when we were operating in 45 cities. By year three we were the biggest dating events company in the world but by then online dating had also exploded and was our revenue leader.

We had also launched a dating holidays company. They were heady, frenetic days.

I imagine helping people pull for a living is a fun job! How has your own love life fared?

Not so badly! I met someone at one of the earliest events and we were together for years. I’ve met every serious partner through my work in one way or another. I’ve been proposed to twice but I still haven’t settled down.

You must have been responsible for creating a few happy relationships. Any stick out?

I remember a woman in her thirties called Lisa from Manchester who was so desperate to find Mr Right that she came to SpeedDater events all over the UK.

She was on a total mission and did about 20 over three years. She spent a fortune on travel and hotels. She was a real laugh and met loads of guys but the relationships always ended in disaster after a few months — and she’d be back.

The facts: What it’s like to be a dating ‘guru’

Salary: I’m not taking a penny out of the new business at the moment. Everything goes into staffing and technology. Without those two in place, no dating business will work.

Regular hours? I work 8am to 6pm so I can enjoy my down time. Life is about more than work.

Short and sweet advice: Have energy, enthusiasm and fun.

Suddenly she stopped coming and about a year later, out of the blue, I got an invite to her wedding. Turned out she had fallen in love with a local guy — someone she’d met at her first event in Manchester years earlier but had never dated!

How many weddings have you gone to over the years?

Oh crikey, I lost count! All I know is that our firm helped spark many thousands of serious relationships over the years that ended in happy marriages. That’s how I measure our success, rather than the amount of wedding cake I got to eat!

‘Love what you do for a living — then you will have a working relationship that will stand the test of time’.

Mistakes — you’ve made a few?

I sold SpeedDater too early in 2008 because I was eager to do new things. I then ploughed a fortune into a new venture called Housebites. It was an upmarket takeaway service that delivered delicious meals cooked by top chefs.

It was a huge success initially. Lily Allen and Stephen Fry were regulars but the overheads were a nightmare.

I was too in love with the idea and not whether the business model was viable. I had to close it a few years later, which was painful.

So why are you going back into the dating business now?

I’ve never fully left because I’ve been working constantly in the background as an investor and adviser to many of today’s leading apps and websites. I’ve seen how the dating space has become overcrowded with companies doing the same stuff. The time feels right to launch something fresh and exciting.

Your new website is Findingtheone.com. How is it different?

Online dating has evolved into a form of entertainment, which is disappointing. It’s become quite cynical and is more about gawping and swiping and endlessly messaging people you never actually meet.

Finding The One strips out many of the gimmicky features and concentrates on matching people to the right potential partner.

How will you manage to help people find the mythical ‘One’?

My tech team has spent nearly two years fine-tuning an advanced algorithm that refines the options to generate unique matches for each member. The algorithm develops intuitively as the membership grows. No other website does this.

We are so confident of the system that we guarantee a member will get their money back if they do not find a date. Our system is totally different to anything else out there.

Finding the One launches February 22.

Rush Hour Crush – love (well, lust) is all around us

Tell us about your Rush Hour Crush by submitting them here, and you could see your message published on the site.

The Queen Mother was really camp, liked to put on a show