In a class early this year, I posed the following question to a group of students. Which election result in 2022 would have the most significant implications for them: would it be the outcome of the federal or state poll? The majority of the class nominated the federal election, yet the ensuing discussion demonstrated that events since 2020 had given the students a keen appreciation of the state government’s reach.

No longer could it be reckoned to be of only marginal impact on their lives. 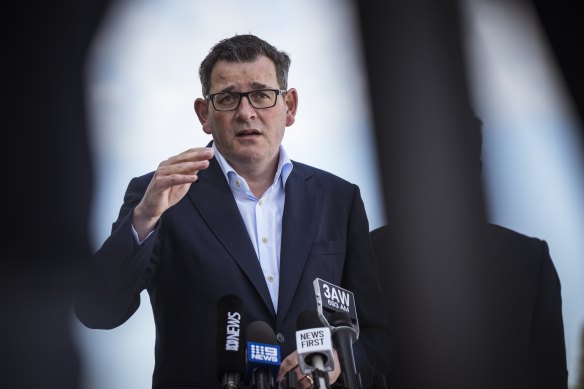 The reach of the state government is greater as a result of the pandemic.Credit:Chris Hopkins

The interventions to manage the pandemic – most dramatically the enforcement of lockdowns –have indeed served as a lesson in the important powers that reside with the states under Australia’s constitutional arrangements. The pandemic demonstrated that the premiers, far from being mere minions to the Prime Minister, are crucial players in the life of the country. Scott Morrison’s establishment of the national cabinet, a forum that institutionalised power-sharing between Australia’s government heads, features premiers sitting alongside the prime minister as de facto equal partners.

Morrison’s prime ministership inadvertently elevated the influence of the states in other ways. With the Coalition federal government inert in various policy areas, the states took up the baton. For example, while Canberra dawdled on the issue of climate change, Victoria and NSW set about meeting ambitious targets for carbon emission reductions.

Perhaps the most fascinating instance of this dynamic has been Victoria’s stewardship of a process for completing a treaty with the state’s Indigenous communities at a time when the Morrison government was dragging its heels on a response to the Uluru Statement from the Heart.

Victoria’s leadership of the nation in this and other fields such as passing voluntary assisted dying legislation, a measure now emulated across Australia, shows how one state can be a laboratory for social reforms that influence other jurisdictions. In other words, a state government’s policymaking can transcend its own borders. 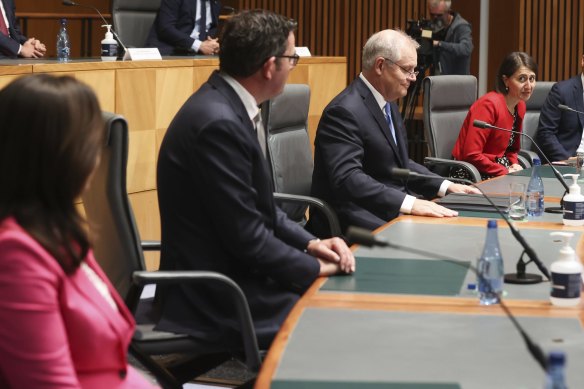 The stakes in this November’s election contest are indeed raised by the activist way in which the state has been led over the past eight years. Daniel Andrews is not only the nation’s longest serving head of government, but the largest life premier of Victoria since Jeff Kennett in the 1990s. His major Labor predecessor, Steve Bracks, was a conciliator, a “group” leader whose congenial style soothed the state’s frayed nerves following the upheavals under Kennett’s bellicose rule.

Andrews has been of quite a different stamp to Bracks. He displays more of the characteristics of an archetypal “strong” leader: bold, conviction driven, and dismissive, even contemptuous, of opposition. He has pushed and pulled the state to his will.

From the moment Andrews was elected premier in 2014, it was abundantly clear that he was determined to leave a large legacy. Over time his leadership has polarised public opinion. From some he elicits solidarity (“Stand with Dan”), to others he is authoritarian. Few if any remain apathetic about him.

Yet another factor that heightens interest in the coming poll is that it is the first election since the May federal contest, which was a watershed in the movement of support away from the major parties. November’s contest will be carefully observed across Australia as a litmus test of whether this is the new norm of electoral politics. 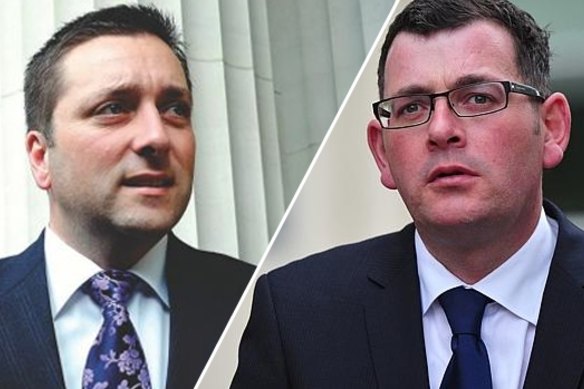 Matthew Guy and Daniel Andrews. November’s state poll is expected to confirm a shift away from the two major parties.

Though partially belied by this week’s Resolve Strategic Poll results, the expectation is that the trend against the established parties will be confirmed in November. At the last five Victorian elections Labor and the Coalition together have averaged around 80 per cent of the state’s primary vote. Most of the recent polling suggests, however, that this support level is likely to drop below 70 per cent with minor parties and independents garnering the other third of the vote.

If the federal election is anything to go by, the rebellion against the major parties will have two principal focal points. The first is in affluent inner suburban seats such as Brighton, Caulfield, Hawthorn and Kew. Here it is the Liberal Party that will be the chief prey of independents.

Yet also intriguing will be what happens in working-class outer suburban and fringe metropolitan seats, especially in the north and west of Melbourne. In the federal election there were large swings against Labor in some of its safest electorates in these areas.

Various theories have been advanced for that pattern, including that it was an expression of residual anger about the harsh lockdowns in communities that had less social capital to weather months of restrictions. The argument goes that while residents in the affluent inner city were attending Zoom meetings during the day and promenading around parks in the evenings, in the outer suburbs voters were struggling with a different and harsher reality of life during the pandemic. Another possible explanation for the sizeable swings against the ALP is that these working-class communities are simply fed up with being taken for granted by Labor.

All in all, then, November’s state election looms as being of important consequence, a contest of which we can ill afford to be complacent.

The London Eye, Madame Tussauds and The London Dungeon are reopening on August 1