One of the many irritations of modern life comes when someone with a clipboard collars you in the street and asks you to take part in a survey.

Lucky, then, that I don’t live in Canada, where a clipboarder lurks around every corner.

A recent survey, conducted by the University of British Columbia, involved asking 4,100 adults the same question: ‘Do you ever have strong negative feelings, thoughts or physical reactions when seeing or viewing other people’s fidgeting or repetitive movements (e.g., seeing someone’s foot shaking, fingers tapping or gum-chewing)?’

If they’d asked me, I would have replied ‘Yes, obviously! And stop giving me such strong negative feelings by asking me such annoying questions!’

Oddly enough, only a third of the Canadians questioned admitted to irritation. This suggests to me that the remaining two-thirds were either a) Zen Buddhists or b) fibbers. 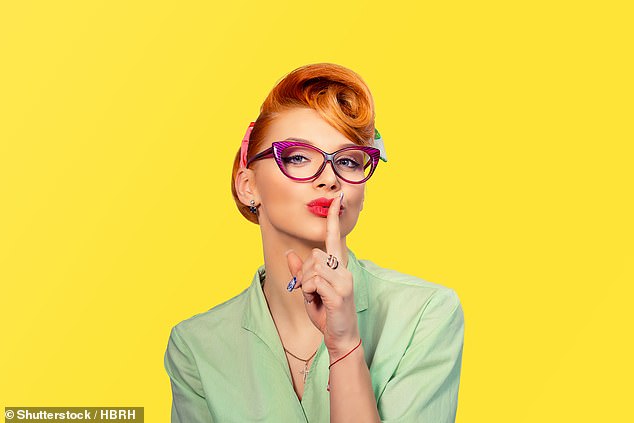 In places that are meant to be silent, such as churches or theatres, I suffer an attack of misophonia the moment people nearby start whispering to one another under the mistaken belief that it’s less intrusive (stock image)

It was reassuring to discover that the rest of us are suffering from a condition. Far from just being crabby old curmudgeons, we are members of the community of those who suffer from misokinesia, or a strong negative response to the sight of another person’s small and repetitive movements. Personally, I am irritated by virtually any movement, anywhere, at any time.

On the tennis court, it annoys me when opponents repeatedly bounce the ball up and down before serving.

Why do they do that? No one has ever offered me a satisfactory explanation. Perhaps it is purely to distract their opponents with irritation. And when younger players win a point, they feel obliged to perform the Andy Murray fist-pump, accompanied by an open-mouthed grimace and a jubilant ‘Yessss!’.

In the cinema, I am irritated by fellow viewers who insist on popping a peanut or piece of popcorn into their mouths every 30 seconds, and repeat this action until the closing credits.

At home, I suffer extreme bouts of misokinesia when friends drum their fingers or — worse — click their knuckles; when they jiggle their legs up and down and/or jangle the loose change in their pockets; when they make an ‘ahhh’ or ‘oof’ sound as they sit down; when they smack their lips when a hot meal is placed in front of them; when they lick their forefinger before turning a page of a book or a newspaper; when they react with great swirling arm movements and Munch-style panicky facial expressions at the sight of a wasp; when they sniff or sigh or make clicky noises; and when they leave a tap dripping.

Here we touch on the related condition of misophonia, or irritation with noise. I bristle at the sound — pfffff! pffff! — of someone blowing on a hot drink, or — bl-bl-bl-bl! — sucking through a paper straw for the last dregs of liquid in a glass.

In places that are meant to be silent, such as churches or theatres, I suffer an attack of misophonia the moment people nearby start whispering to one another under the mistaken belief that it’s less intrusive. They don’t seem to realise that it is more annoying to whisper than to talk out loud, because a whisper half-heard from a few yards away — psspsspss! psspsspsss! — is sound deprived of sense. 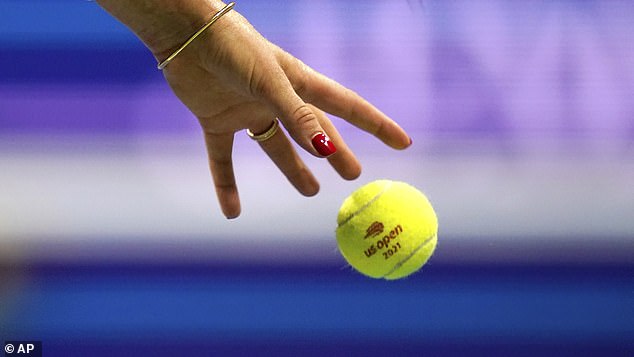 On the tennis court, it annoys me when opponents repeatedly bounce the ball up and down before serving. Why do they do that? No one has ever offered me a satisfactory explanation

In the ‘quiet carriage’ of a train, I am irritated by noisy remin- ders over the intercom that this is a quiet carriage, not to mention the teeth-shattering annoyance of the incessant ‘See it, Say it, Sorted’ announcements.

I once lived in a house surrounded by fields.

You would have thought external irritations would be at a minimum, particularly in the summer.

Every irritable person is, of course, an irritant to someone else. Life on earth would be unendurable if we were not deaf and blind to our own capacity to irritate.

I keep my spectacles perched on my forehead, yet despise others who do the same. I bristle at those who sing a few bars from an old pop song, out of tune, over and over again, yet every day I do the same thing myself, for hours on end.

There’s only one solution: I must fly to Canada, where the citizens are so easy-going, and my high-pitched renditions of ‘Yellow Submarine’ are bound to be greeted with joy, not least by all those eager researchers with their clipboards.