A seat on the FROW (of your sofa)! Couture fans dress to impress at home as London Fashion Week’s first virtual catwalks get underway

Fashionistas normally resigned to standing at the back during London Fashion Week can, for once, say they’ve bagged a space in the FROW.

Virtual catwalk shows at the capital’s biggest fashion event, which opens today and runs until the 23rd, ensure that mere mortals get exactly the same view as A-list stars.

As the first models sashayed forth in this year’s Autumn/Winter 2021 collections – with brands including Bora Aksu and Paul Costelloe kicking things off – plenty of fashion fans decided to dress to impress while watching the shows online.

Menswear and Womenswear have merged for the event – making it a gender neutral show – and LFW is the first of the four major Fashion Weeks to move fully online. 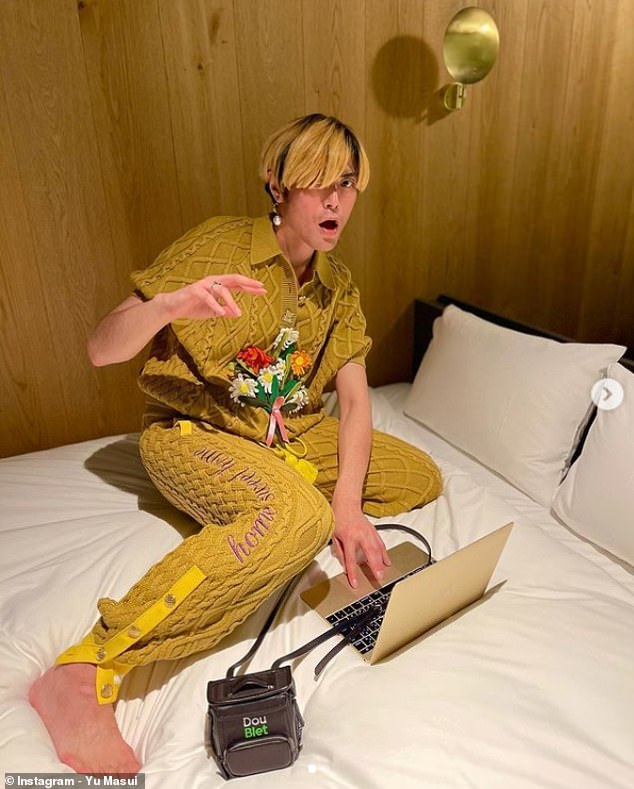 All dressed up, and ready to log on: Japanese fashion blogger Yu Masui showed off their mustard knitted onesie as they prepared to watch London’s five-day fashion event unfold 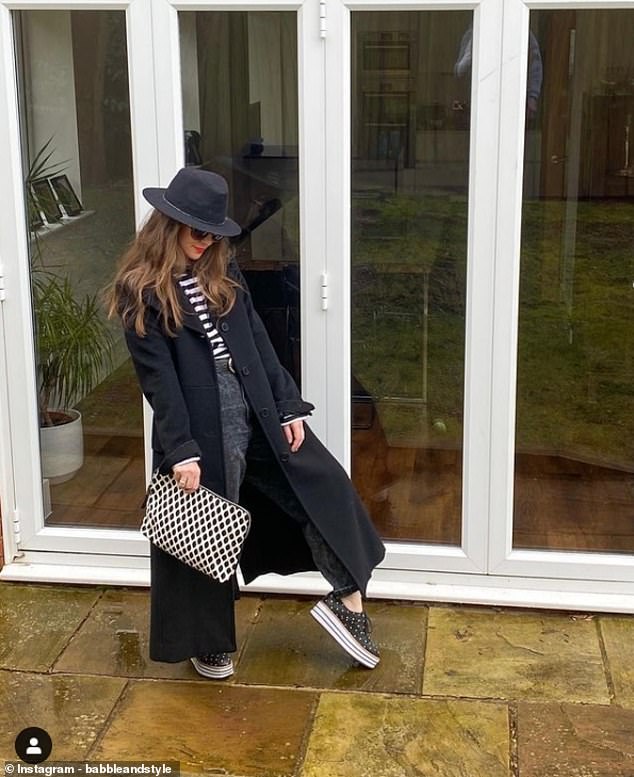 Relief: Personal stylist Babbleandstyle showed off a sharp monochrome look, from a rain-soaked patio, and admitted she didn’t miss the ‘intimidating’ vibe of London Fashion Week 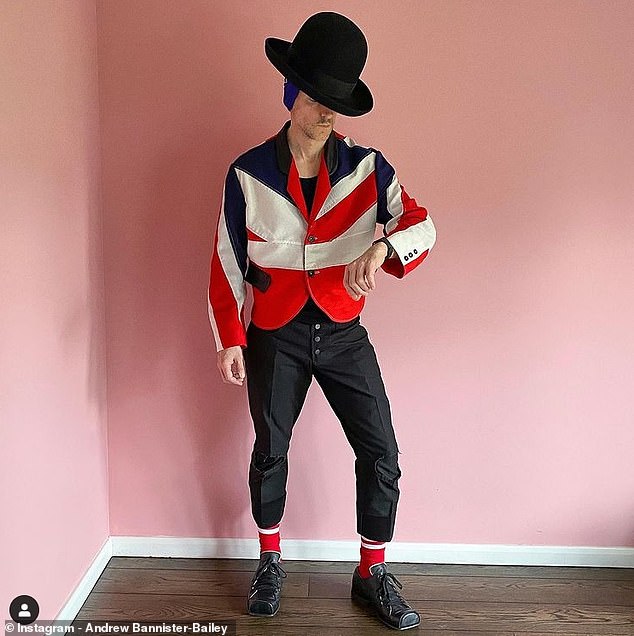 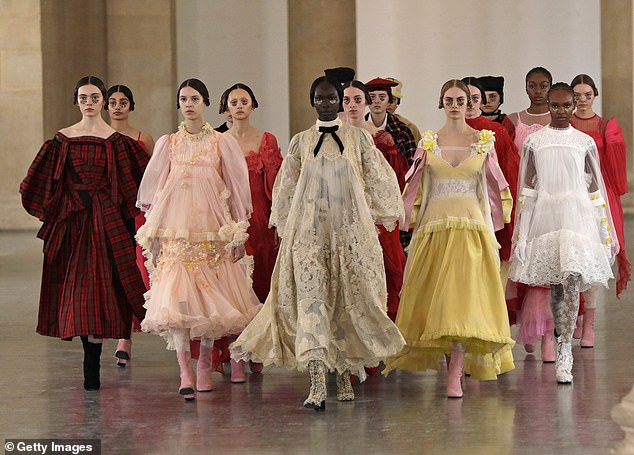 Designer bubble: Models walk the runway during the Bora Aksu show during London Fashion Week at an empty Tate Britain

On Instagram, the #LFW hashtag has seen dozens of couture fans showing off their own looks, from the comfort of their own front rooms.

Japanese fashion blogger Yu Masui posted a snap showing themselves wearing a mustard-coloured knitted onesie adorned with a bouquet of fabric flowers, while perched on a bed.

She admitted there was some relief at not having to attend in person, captioning her image: ‘I won’t lie it’s a bit of a result for me. I have always found LFW to be rather intimidating!

‘But not today, today I get to get dressed to stay in, all while watching the best in fashion from the frow (front row) and of course got papped on the way in.’ 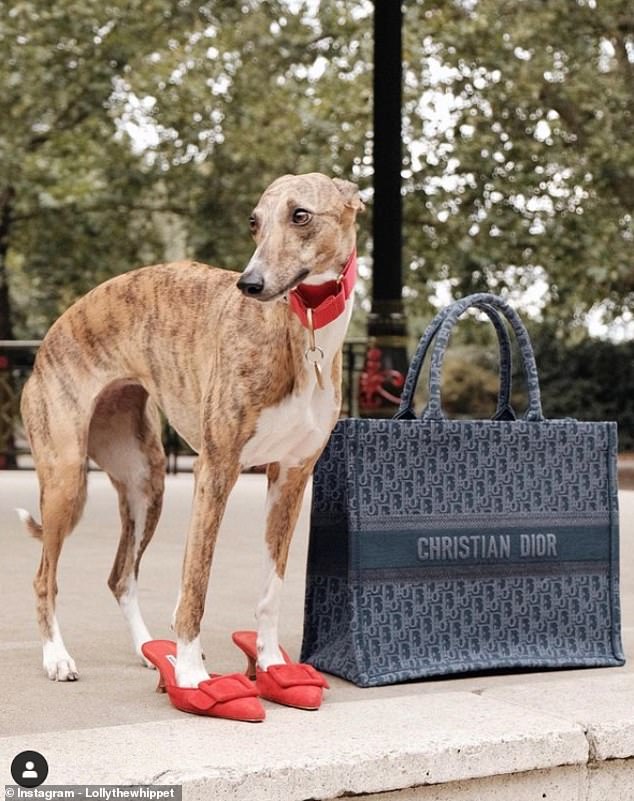 Keeping their distance: Models at the Bora Aksu show were filmed on Tuesday for a presentation released on Friday, the first day of LFW 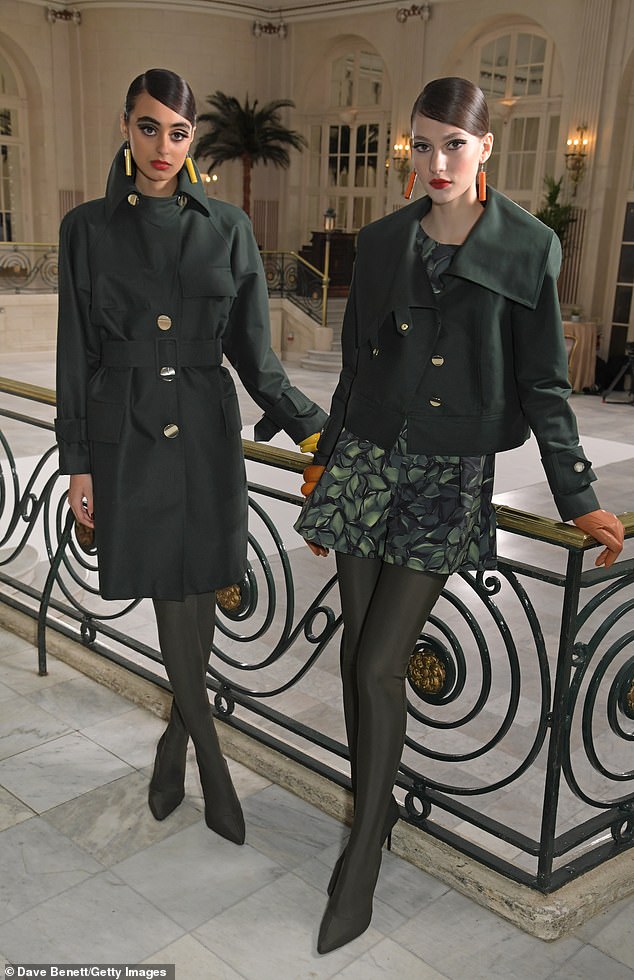 Models strike a pose at the Paul Costelloe digital presentation, filmed at London’s The Waldorf Hilton Hotel this week

In September, a pared-down London Fashion Week showcasing Summer/Spring 2021 collections, took place after The British Fashion Council gave the green light for it to go ahead despite ongoing Covid-related restrictions.

However, the latest London Fashion Week is a much bigger version of the usual event, with all the brands taking part transferring online.