Bulb had 1.5million customers last year, which is thought to have risen to as much as 1.7million since, who could all be affected by the company folding. 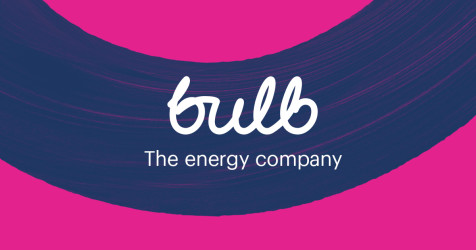 It's the sixth biggest energy firm in the UK.

The company is currently looking for funding, but it hasn't yet collapsed.

However, Bulb could potentially be the next in a number of energy companies that have already gone bust amid the rocketing gas prices.

The Financial Times first reported on Sunday that Bulb was working with financial advisory firm Lazard to help secure new sources of funding.

The newspaper claimed options being explored include raising funds from investors or a potential joint venture or merger with another company.

A Bulb spokesperson said: "From time to time we explore various opportunities to fund our business plans and further our mission to lower bills and lower CO2.

"Like everyone in the industry, we're monitoring wholesale prices and their impact on our business."

But the price hikes, caused by post-pandemic demand, have already forced carbon dioxide (CO2) processing plants to shut, leading to the other energy firms going bust.

With the wholesale energy price spike even affecting the CO2 supply, it could hit supermarkets meat and frozen food as well, with supplied running out in as little as two weeks.

Previously, Ofgem said demand for natural gas recovered after the pandemic at a faster rate than supply has been able to keep up with.

However ministers have assured that gas supplies won't be cut off if more are to follow suit.

It has also lead to wholesale costs rising by 250% since January.

As a result of those wholesale hikes, energy regulator Ofgem is increasing the Energy Price Cap to £1,277 from the start of October.

It was the second time this year that prices shot up, as there was an increase of £96 back in April too, meaning the average household has seen a massive £235 added to their energy bills over the past year.

But larger energy firms like Eon have also called on ministers to scrap green levies as a way to ease the pressure on the industry.

Business Secretary Kwasi Kwarteng is due to hold further talks with the energy industry and consumer groups on Monday.

Mr Kwarteng has said he is "confident" that the security of energy supplies can be maintained.

The rise in gas prices has been attributed to a range of factors, including a cold winter which left stocks depleted, high demand for liquefied natural gas from Asia and a reduction in supplies from Russia.

What happens if my energy provider goes bust?

If Bulb does happen to fold in the near future, your energy won't be cut off, and Ofgem will arrange an interim supplier so you won't have to go without.

Customers affected will be contacted by the new supplier, which will be chosen by Ofgem.

The new firm won't have to honour the deal you were on with your previous provider, but any credit on your account will be protected.

In the meantime, you should not switch to another energy supplier until a new one has been appointed, which can take several weeks.

Your electricity and gas supply will not be cut off while Ofgem finds you a new supplier.

It is recommended that you take a meter reading ready for when your new supplier contacts you though.

Charities also recommend keeping old energy bills and waiting until your new supplier is appointed before cancelling any direct debits.