Cleveland Browns chief of staff Callie Brownson reportedly pleaded no contest to a drunk driving charge this week after she was arrested in Ohio on May 27 with a blood-alcohol content more than twice the legal limit.

Brownson, who is entering her second season with the Browns, appeared in Brunswick’s Mayor’s Court on Tuesday, when she pleaded no contest to the charge of operating a vehicle under the influence, Cleveland.com reported. 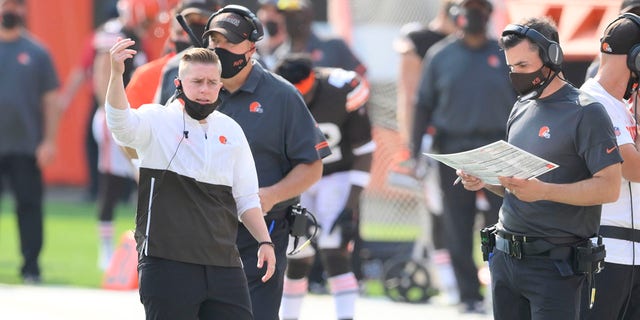 Court records stated that her blood alcohol content was .2150 — double the state legal limit of .08.

The Browns released a statement regarding Brownson’s arrest.

“We [are] aware of the incident and are extremely disappointed that a member of our organization put themselves in this situation,” the team said, via NFL.com. “We take this matter very seriously and will take the appropriate disciplinary actions.”

Brownson is one of a handful of female coaches currently working in the NFL. She was a full-time coaching intern with the Buffalo Bills prior to joining Cleveland. She also worked as a scouting intern with the New York Jets before joining Dartmouth’s coaching staff in 2018.

Brownson avoided jail time but paid $780 in fines and her license was suspended, according to the report. She will also likely face discipline from the league.

If Your Partner Doesn’t Prioritize Your Pleasure, Here’s How To Talk About It