Home » Lifestyle » Australia’s creative economy is booming. But who is making all the money?

The pandemic might have played havoc with live performers’ incomes, but there has never been a better time to be a worker in Australia’s creative industries. That’s the finding of a new study which shows that employment in the creative economy is growing “at a rate more than 50 per cent higher than the rest of the workforce”.

Academics Dr Marion McCutcheon and Professor Stuart Cunningham of the University of Canberra have conducted a deep dive into the creative industries in their paper The Creative Economy In Australia: What Census 2021 Tells Us, based on data collected in the 2021 census. 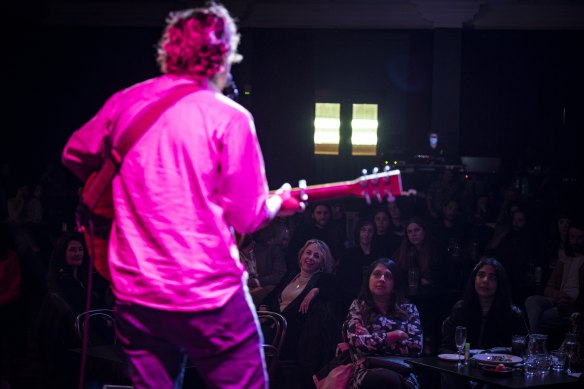 Many musicians were forced to turn their back on the industry during the pandemic.Credit:Chris Hopkins

On census night – August 10, 2021 – 5.9 per cent of all Australian workers were engaged in some aspect of the creative economy, up from 5.5 per cent in 2016. That growth came despite the impact of the pandemic, which saw many musicians, actors and other live performers without work – and often without income – for long stretches.

“Despite very real and in some cases extensive damage from COVID,” Cunningham and McCutcheon write, “Australia’s creative economy was remarkably resilient through the COVID pandemic.”

The creative economy is defined broadly, including publishing, architecture, design, advertising and software and digital content, as well as the more “purely” creative areas such as dance, visual arts, acting, music and so on.

In all, 714,632 people were employed in the creative economy on census night, though less than one-third of them were creative workers in creative industries.

The median income for people in the creative economy was $86,500, “more than 30 per cent higher than the median for the rest of the workforce”, the authors found. Pure creatives had a median income of $76,300; the median wage across the Australian economy as a whole was $62,700.

But that rosy headline figure for the creative economy obscures the fact that disparity in incomes within it was huge. Musicians, for instance, reported a median income of just $46,900 in 2021. “The devastation wreaked by the COVID pandemic on the cultural production sector is very evident in the fall in employed musicians,” the authors wrote. What’s more, “the proportion of musicians who reported working zero hours in the week of the Census increased from 2.7 per cent [in 2016] to 14.8 per cent [in 2021].”

Tim Moxey and his wife Lauren managed to avoid that fate, but they were nonetheless forced to close their eight-year-old music school, which had 200 students, because of the pandemic. 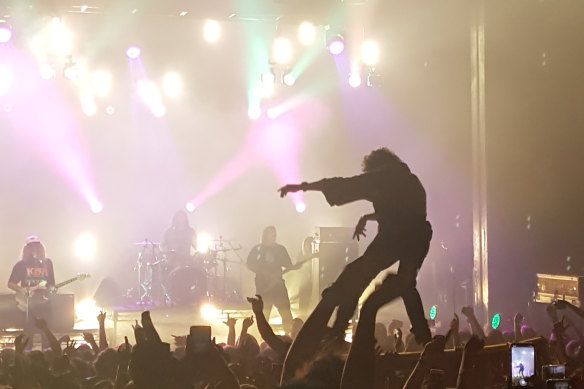 “The school was set to have its best year ever,” Tim, 37, says. “But after COVID it became our worst. It was pretty devastating, and we were so exhausted by the end of the pandemic that the thought of trying to strike it up again was too much.”

Still, the pair from Helensburgh, south of Sydney, have done better than most. He was able to adapt his teaching to online, while she has thrown herself into finishing her PhD (on the place and nature of music in Australia). And because he’s more available, he says, he’s even started to land more gigs.

Just 1560 people reported their profession as “musician” on census night, but the authors argue this is a significant underestimation because the census only records the respondent’s main source of income. Many working musicians (and actors, dancers and other performers) were likely recorded under an entirely different employment category (hospitality or telemarketing, for instance) as a result.

“The number of musicians who receive income from singing or playing is 11 times the number reported in the 2016 Census,” the authors write, citing an earlier study they conducted on participation in the creative economy. “For visual artists, it is nine times as many, and it is four times for actors and dancers.”

The best-paid and fastest-growing sector in the creative economy was software publishing, where the median income was $143,500. That remains a relatively small field, however, with just 5119 people identifying it as their area of employment.

Growth industries included film and television production (jobs growth of 4.8 per cent per annum since 2016), marketing (6.9 per cent) and industrial design (8.3 per cent).

Publishing (down by 2.1 per cent per annum) and newspaper journalism (1.8 per cent) were among the few sectors that went backwards over the five-year period.

Find out the next TV, streaming series and movies to add to your must-sees. Get The Watchlist delivered every Thursday.

Most Viewed in Culture