Home » Lifestyle » August 5 – On this day: 108 years ago Britain entered World War I 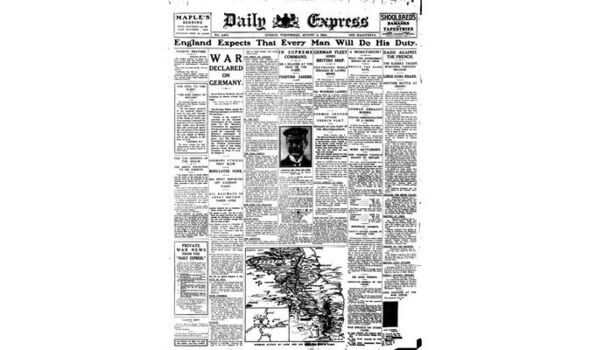 We said the country’s fate rested in the hands of four men – Field Marshals Sir John French and Earl Kitchener – who was later to appear on the famous Army recruitment poster – and Rear Admiral C E Madden and Admiral Sir John Jellicoe.

47 years ago (1975) The Forestry Commission reported Dutch elm disease had spread north after a tree in Wakefield, West Yorks, tested positive for the fungus.

More than a third of southern England’s 23 million elms had perished in the outbreak, which was traced back to Canadian timber imported in 1968.

The men were entombed 700 metres below ground, three miles from the mine’s entrance.

The world watched as the men were finally rescued alive after 69 days.

Clubhouse To Make Android Debut in a "Couple of Months"