Amazon Prime was my ‘mother’s little helper’ but after blowing £2,000 I need to go cold turkey

My dealer meets me on my doorstep. I can’t look at him. He knows a hopeless addict when he sees one. Eyes cast down, I grab my daily ‘fix’ out of his hands — three brown parcels — and bid goodbye to the Amazon delivery man.

My name is Clare Foges and I am an Amazon-oholic. To be more precise, I am an Amazon Prime addict, the service that delivers most things one may desire less than 24 hours after the impulse has struck. If the convenience of Amazon is a drug, the Prime service is pure uncut Colombian Class A.

I order pretty much daily. Over the past ten days there were deliveries during seven of them. The Amazon drivers in our area know me personally. The habit is so out of control that I often have no idea what will be in the box when it turns up; it’s a little like a daily birthday (if acceptable presents include disposable toilet brush heads). Looking back at the last month’s purchases on my Amazon account, I blush at the mountain of tat I have ordered. 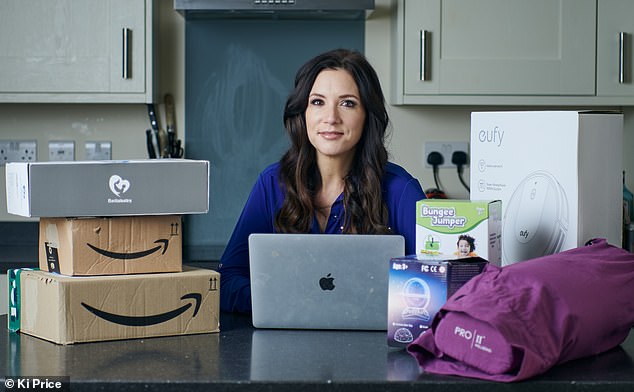 The cost is eye-watering. Twenty pounds here and there but, having done the sums, I realise with horror that the total over the past six months is well north of £2,000.

In my defence, I am being subjected to one of the most sophisticated marketing machines in history. Amazon launched its Prime service in 2007, offering free delivery to those who pay a subscription fee.

We members (who pay £7.99 a month) feel that to get our money’s worth we should shop on Amazon to take advantage of that free shipping. Handily enough, its mind-reading algorithms work out what we like and bombard us with similar products which appear at the bottom of the screen, inviting further scrolling and clicking. It is all too easy to part with your hard-earned cash.

If I were asked to hand over three crisp tenners for a fancy dish drainer, I might hesitate in a shop, but on Amazon the mere graze of my thumb over the smartphone means it’s done. The gratification is instant and the financial ruination a slow-burn. I’m not alone in this addiction. More than 200 million people worldwide subscribe to Prime, including a quarter of the U.S. population.

Friends have shared their tales of compulsive purchasing; one confessed she had woken up one morning after a couple of glasses of wine to find she had ordered her boyfriend a cushion emblazoned with Danny Devito’s face. 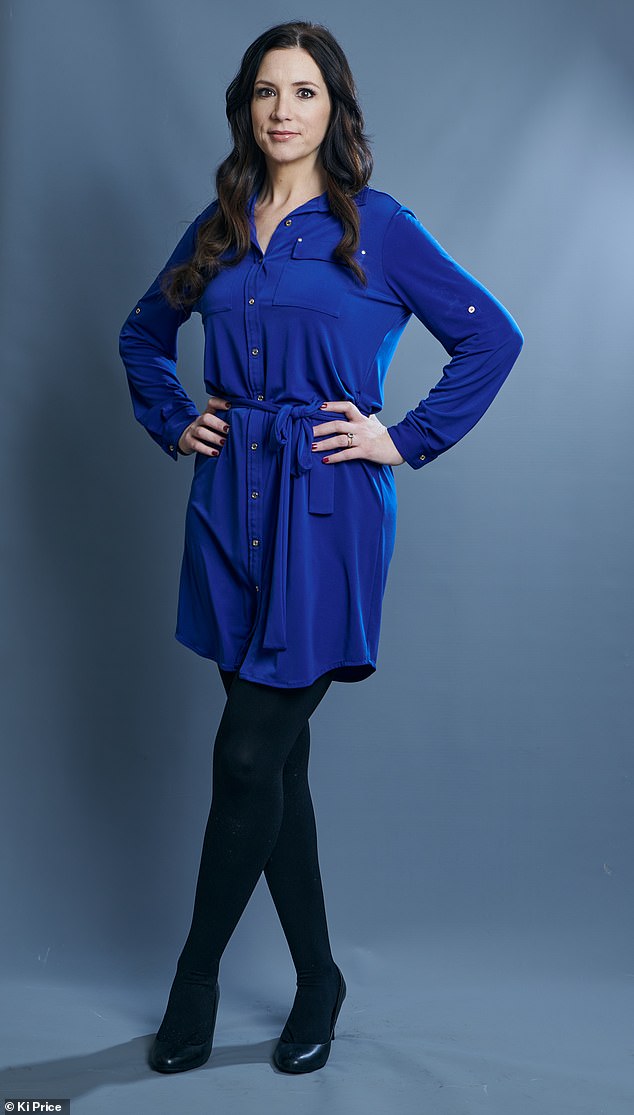 My husband despairs, not so much at the expense but at the mountain of cardboard which accumulates by the bins, necessitating yet another trip to the dump. He gets so fed up that I have been known to tear up the boxes into smaller pieces and chuck them in a public bin when I’m passing one in order to cover up my habit, like an alcoholic hiding empty wine bottles from their other half. Perhaps the purchase which caused his biggest eye-roll was my bed of nails. Oh yes.

While cruising Amazon in the middle of the night for sore back remedies I came across an acupressure mat covered in tiny plastic spikes. You are meant to lie on it naked to ease pain but it feels a little too much like a medieval torture instrument for my liking, so it has been rolled up in a cupboard for months. My husband confined himself to saying quietly: ‘There’s £25 we won’t see again.’ So the time has come: To cut free, to ditch the habit, to prise myself from Prime’s clutches. Thinking about the endless boxes turning up at my front door, I feel something approaching shame — and I want out.

It’s not just the expense, or the fact that Amazon is a villain in the great global capitalist machine, filling the pockets of the super-rich Jeff Bezos while warehouse workers toil for a relative pittance.

The real source of shame is that Amazon shopping has become a kind of life crutch — a sticking plaster to cover all the inadequacies I feel as an over-worked, emotionally frazzled mother of pre-school children.

As motherhood became more all-consuming and stressful with each child — I have three under four — buying things made me feel I was actually making progress on my to do list. With a little tap on the ‘purchase now’ button I could feel I had started to address whatever was worrying me. Baby not sleeping? Buy a book about baby sleep! Diet needs an overhaul? Buy a spiraliser! Stress levels rising? Buy a jigsaw puzzle! Posture looking rubbish? Buy a yoga mat! For a moment this brings peace and calm. Some meditate, I accumulate. 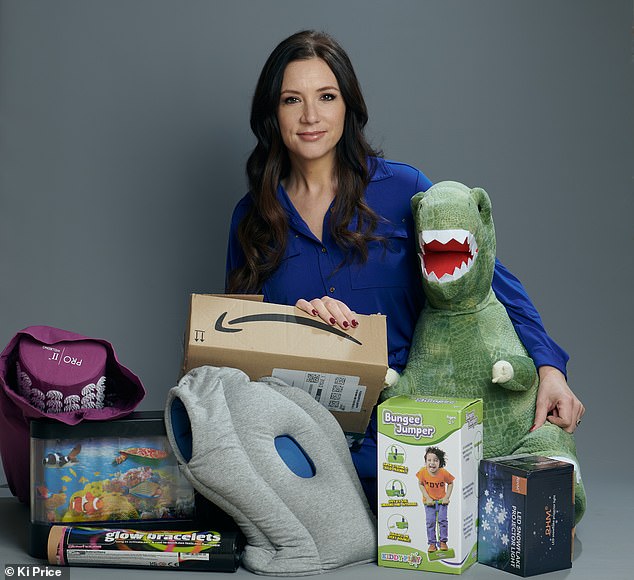 The trouble is that I’ve never followed through on the purchases. Wedges of money were spent with the best of intentions but then I didn’t read the book, or use the spiraliser, or open the jigsaw puzzle, or come close to doing the downward dog on my box-fresh yoga mat.

In the summer I decided it would be magical for the children if I created a fairy glade in our back garden, full of little whimsical houses that I would fashion out of bark and twigs, strung with delicate lights and dotted with miniature benches.

I duly ordered a book on creating fairy houses, plus lots of kit: Wood-carving knives, miniature windows and front doors, tiny benches and so on. Of course, it is all still boxed up. The poor fairies remain homeless.

The other trouble is that a lot of the stuff on Amazon is not exactly top quality: Too small, too plastic, too synthetic, made somewhere south of the Yangtze. We buy things that we would never choose in real life, because the pictures look appealing, and, hey: What’s £5.99?

And so a lot of it quickly becomes waste. It goes to the dump, it disappears into the loft, it is passed on. This year my mother has been the not-so-grateful recipient of an electronic egg-boiling machine, a waffle maker, a bath pillow and a paraffin wax bath for hands and feet. I tried to palm her off with a couple of unused breast pumps but she drew the line.

In the scheme of addictions this one is hardly life-ruining, but still I feel guilty. Yes, I feel uneasy that my cash is being poured into Bezos’s phallic Blue Origin rocket while the UK taxman wrings his hands, but above all I dislike the person Amazon makes me. Poor of judgment, greedy to acquire yet more things, and — of course — lazy.

So enough is enough. My mother-in-law — a fellow addict — told me that her method of weaning off the hard stuff was to leave her purchases in her basket for a week before she bought them, a ‘cooling-off’ period.

I tried it — but failed miserably, and have a rather shapeless burgundy tunic (£20.99) to show for it. And so there’s only one option left: Cold turkey. My account is now deactivated, the temptation of 12 million products beyond reach. Anything I need to buy will be written on a list, to be taken every couple of weeks to real local shops, which pay real tax in the UK.

The lure of the brown boxes remains strong — but for the sake of my bank balance, my marriage and my self-respect, I am determined to resist it.