Jackpot branded Peter Wright a “cheat” on Twitter following an explosive bust-up in the second round of the Players Championship Finals. 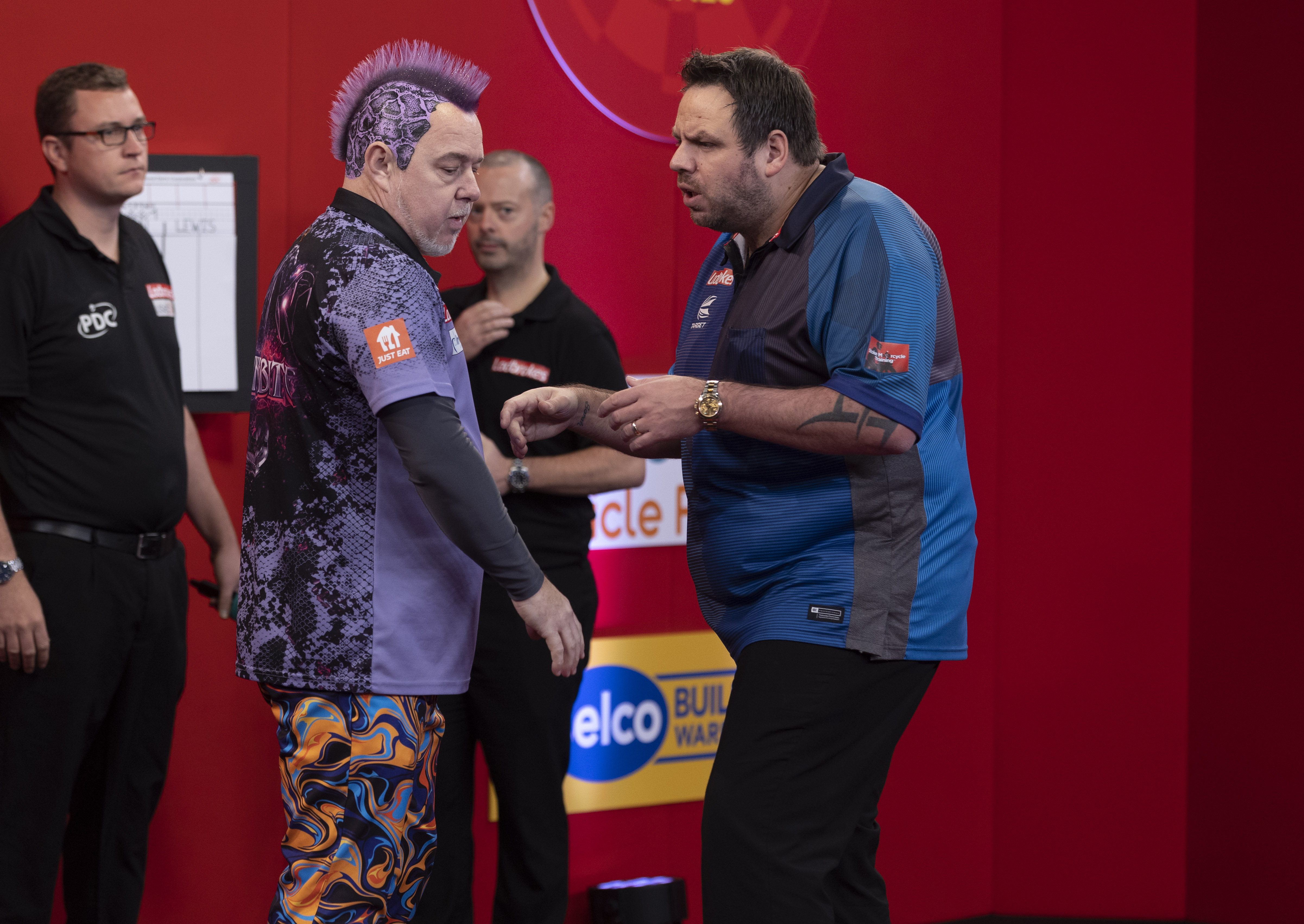 The two-time PDC world darts champion and world No 2 Wright had to be separated on the oche by referee Kirk Bevins and security in Minehead.

Wright, 51, appeared to be unhappy about a loose floorboard moving on stage during the second-round game which he won 6-5.

Lewis, 36, went on social media and posted a series of damning messages about Snakebite.

In one of them, he said he told Wright on stage: “You took me out my rhythm, you had a game plan, and as world No 2, it’s disgraceful and you’re nothing but a cheat.”

The Stoke thrower, playing his first TV event since February, is likely to face a misconduct investigation by the Darts Regulation Authority.

Lewis said: “It makes me giggle what some of the people on here are saying.

“I’ve been in this sport nearly 20 years and only had a fall out with three or four players over that period of time.

“So I think I’ve done quite well considering.”

The pair exchanged bitter words and were separated by security eventually.

But even after Wright returned to his corner a fuming Lewis went over to continue the verbal battle, before again being ushered away.

Lewis was booed by the crowd as he walked away with fans clearly not appreciating his outburst.

Wright too was jeered by the crowd before throwing his final darts – finishing off from 40.

Khloe Kardashian: Coparenting Is 'the Hardest Thing' I’ve Ever Done