Home » Lifestyle » A surfer died in the first fatal shark attack on Australia’s Gold Coast in more than 60 years, after losing his leg ‘from the groin to his knee’ 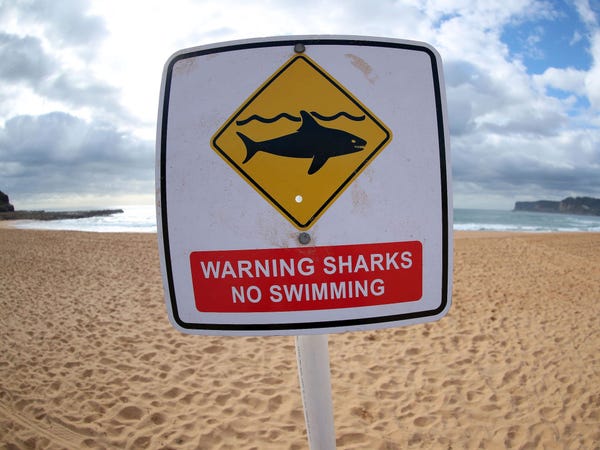 A surfer was killed Tuesday in the first fatal shark attack on Australia's Gold Coast in more than 60 years.

The victim, Nick Slater, was surfing at Greenmount Beach in Coolangatta, Queensland, when a shark surfaced in the low tide and took a bite out of his surf board. The shark then got hold of the 46-year-old's leg. Slater was left floating in the water as onlookers sprung to action.

The gruesome scene and rescue efforts were caught on coastal watch cameras, as seen 44 seconds into the following segment from Nine News Queensland.

Jade Parker, a fellow surfer who witnessed the attack, told reporters he "ran down to the beach, dropped my board, [and] sort of trudged through the line-up to get to him" and that "there was probably about three other people in the water trying to pull him in by then."

But Parker told 7 News Gold Coast that Slater was "pretty much already gone" by the time he and other beachgoers dragged Slater back to the sand and lifeguards got him onto a stretcher. He added that Slater's leg was no longer fully attached to his body.

"From the groin area down just below his knee was pretty much all taken," he said. "There was nothing there — it was just, like, hanging there."

Slater, who was surfing for leisure when he was killed, was pronounced dead at the scene.

The shark attack was the first on the Gold Coast since 2012, when a shark bit a 20-year-old surfer and left him with non-fatal injuries. According to The Sydney Morning Herald, the region's last fatal shark attack was in 1958.

Beaches in the region were closed following the incident.