Home » Lifestyle » 16 of the best parks in London, from Hampstead Heath to Greenwich Park 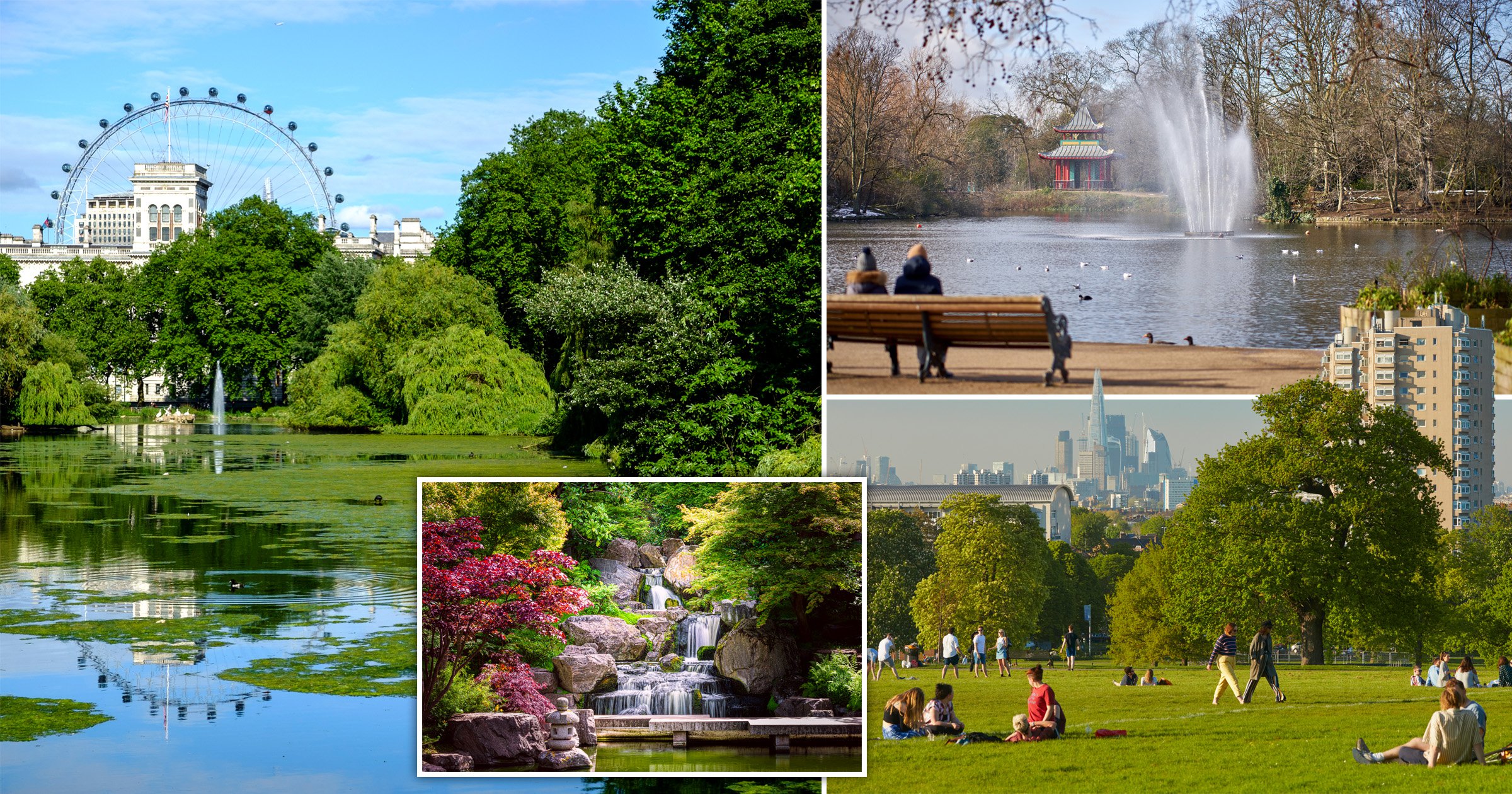 When you think about London attractions, you’d be forgiven if its parks weren’t the first thing to cross your mind.

But we’re here to remind you that the many, many parks of London have a lot to offer.

From boating ponds to very silly dinosaurs, here’s a round-up of some of our very favourite parks in the capital.

Let’s start with the classic of classics – Hyde Park.

Arguably London’s version of Central Park when it comes to fame, Hyde Park is Grade I-listed and is a favourite for tourists and locals alike.

A natural follow-up to Hyde Park is its very close neighbour Kensington Gardens.

This 107-hectare patch of greenery is very scenic, offering visitors a chance to check out popular tourist attraction Kensington Palace.

The Green Park, or just ‘Green Park’ when it’s at home, is 40 acres of greenery containing a range of fountains, memorials and statues.

If palaces are your thing, Green Park is also nestled next to Buckingham Palace.

Dulwich Park is especially well suited to a quiet walk and a chat over coffee.

This peaceful park is full of flowers and there’s a lake where you can rent a pedalo – the perfect afternoon.

This park has some great wildlife living within its borders, with canals, ponds and a deer enclosure to feast your eyes on.

Spanning an impressive 213 acres, this park is a firm favourite among locals, having earned a reputation as ‘the people’s park’ in the 19th century.

Massive Richmond Park is the biggest Royal Park in London – coming in at a whopping 2,360 acres.

Protected as a habitat for wildlife, there’s a wealth of animals, like deer and even bats that call this park their home.

Regent’s Park is a proper stunner, with ponds, flowers galore and a wildlife-friendly wetland.

It also has London’s largest outdoor sports area and a lake you can recline on inside one of the park’s rental boats.

With the London Eye visible over the water from certain parts of the park, it’s utterly picturesque.

Hampstead Heath famously offers one of the best views in London.

Comparatively unmanicured and deeply charming, this park is a favourite among picnickers and cold water swimmers.

Another one that boasts stunning views of the city skyline, hilly Greenwich Park looks out from the south of the river to Canary Wharf on the north side.

While you’re there, you might consider checking out one of The Royal Observatory planetarium shows and the boating lake.

This lovely park has, among other things, views over the Thames (always a winner) and a children’s zoo to its name.

There’s also the Pump House art gallery and a boating lake to check out if you fancy it.

This hilly park can get a little crowded come summertime, but that does nothing to dull its appeal.

What this lush park might lack in size, it makes up for in almost every other respect.

Peacocks like to wander Holland Park, and koi call the pond at the foot of a waterfall their home, so you get an idea of exactly how pretty a park we’re talking about.

While parts of it are a little rough around the edges, the views Crystal Palace park offers are gorgeous.

Once you get down to the lower section, there’s the historic stage in the Crystal Palace Bowl and iconic, utterly inaccurate Victorian dinosaur sculptures to feast your eyes on.

Hackney’s London Fields has been known as such since the 16th century.

It’s got a Green Flag award to its name, which is awarded yearly to the best green spots in the nation.

Yet another hilly park offering stunning views, Alexandra Palace Park is great for those who aren’t afraid of a bit of a steep walk.

Don’t worry, once you get to the top and look out over the city, it’ll all be worth it.

Get in touch by emailing MetroLifestyleTeam@Metro.co.uk