When “Fixer Upper” first premiered in 2013, fans immediately fell in love with the show’s two stars, Chip and Joanna Gaines. The Texas-based couple seamlessly worked together to flip old homes and transform them into beautiful dream homes for their clients. The show took off in popularity, but not just because of the Gaines’ impressive DIY skills. Fans quickly became enamored with Chip and Joanna’s relationship and thoroughly enjoyed watching the Gaines build quite the business empire over the years.

Unfortunately, where there’s fame, there’s also plenty of hardships, too. Due to the immense success of “Fixer Upper,” Chip and Joanna actually felt the need to take a step back and end the show in 2018, even though it was at the height of its popularity. The duo decided to step back to spend more time with their family, as they revealed in a blog post, and fans couldn’t help but wonder if their marriage was suffering in the spotlight.

Fast-forward to 2020, however, and the Gaines announced in a blog post that they were bringing back “Fixer Upper” on their own Magnolia Network. Now, leading up to the premiere of “Fixer Upper,” Joanna and Chip are giving fans more insight into their relationship, and why divorce simply isn’t an option for them after 18 years of marriage. Keep reading to learn more! 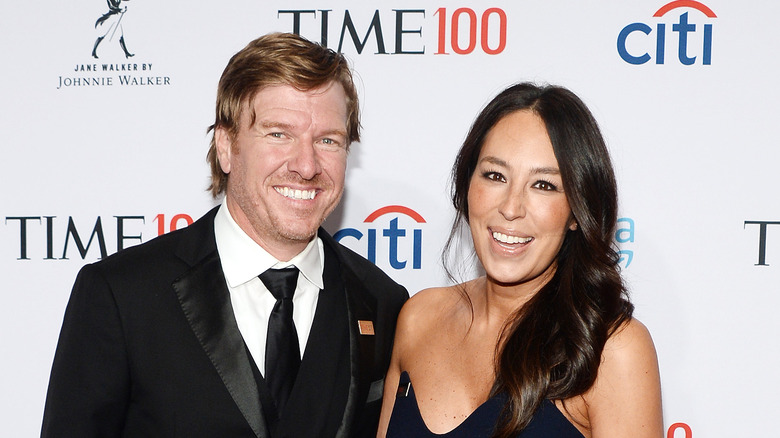 While Hollywood can have a negative impact on some relationships, Chip and Joanna Gaines’ marriage definitely isn’t one of them!

The couple sat down with Access Online on July 12 to promote their new Magnolia Network as well as the return of their hit show, “Fixer Upper.” During their conversation, the couple also got candid about their 18-year marriage and how they’re still going strong, despite any hardships or obstacles. “Divorce or leaving one another is not really an option for us,” Chip explained. “And so somehow that little foundation has definitely served us well because things have definitely been challenging, we’re not perfect and we have issues and trials and errors just like anybody… we’re in it forever.”

The former HGTV star also got candid about how the 2008 housing market crash was a trying time for the couple — but they never gave up. “Jo and I had multiple opportunities to quit and it’s just not in our DNA,” he explained.

The couple has been married since 2003 — long before any “Fixer Upper” fame — and share five children together. After nearly two decades of marriage and building an entire business empire together, Chip and Joanna Gaines are clearly in it for the long run and wouldn’t have it any other way!

Converse Revives Spirit of the Seventies With New Chucks