Home » Celebrities » What Happened Between Heather & Matt On ‘The Bachelor’? It Got Messy

Season 25 of The Bachelor might be reaching its halfway point, but that hasn’t stopped the producers from throwing curveball after curveball at Matt — and viewers. During the Feb. 8 episode, a former contestant from The Bachelor Season 23 made an appearance and after the Feb. 15 episode, fans are still trying to comprehend all that went down. In case you’re still gaping at your television in confusion, here’s what happened between Heather and Matt on The Bachelor.

So, to recap, while Heather was a new face for Season 25, she’s a former contestant from Colton Underwood’s season. She entered the show as the contestant who had ~never been kissed,~ which changed after her 1-on-1 date with Colton during Week 5 of Season 23. Unfortunately with hometowns looming, Heather realized Colton wasn’t the one, and she self-eliminated during Week 7. Two seasons and a new Bachelor later, it looks like Heather has her sights set on someone new.

The 25-year-old from San Diego pulled up to the Nemacolin Resort (where Matt’s season of The Bachelor was filmed) during the Feb. 8 episode and asked to talk to Chris Harrison. Upon meeting him at the gate, Heather told Chris her BFF Hannah Brown — who quarantined with Matt and his BFF/her ex Tyler Cameron — said the two would be perfect together. 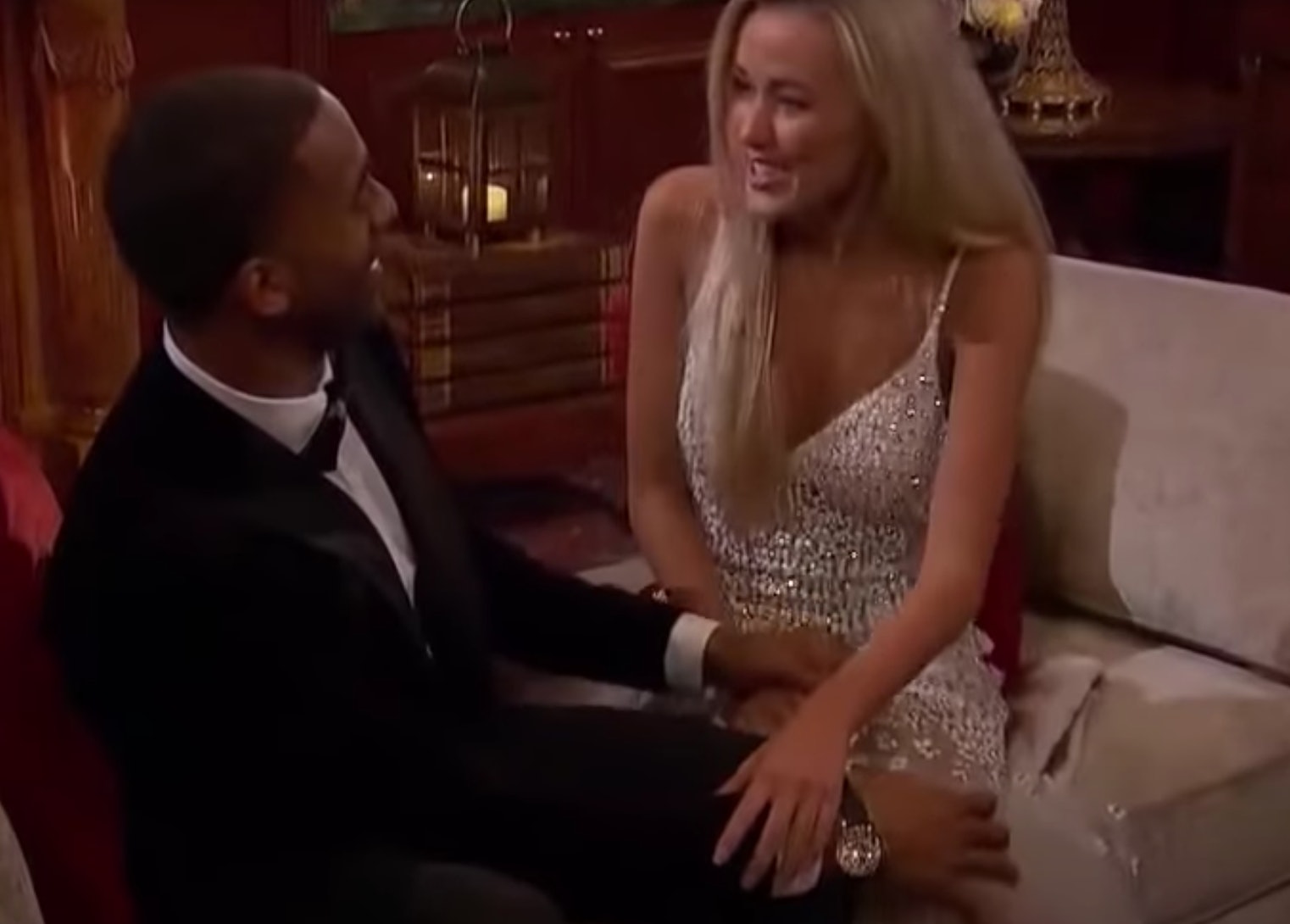 Despite their cheesy (and obviously planned convo), Heather seemed earnest as she told Chris, “I couldn’t let him [Matt] get engaged and not meet him." He said he’d "talk to people up the hill" to see what he could do. Later, Heather was seen quarantining and explained she had taken a COVID test (and would be taking another) so she could meet Matt. The episode ended with Heather walking up to Matt and asking if they could talk.

It wasn’t until the Feb. 15 episode fans got to see Matt’s reaction to Heather’s surprise appearance. After she explained the whole "Hannah said we would be perfect" situation, Matt said he was excited Heather was there, but wanted some time to think about everything. As he mused over the situation, Heather joined the rest of the contestants, where they bombarded her with questions about her intentions and explained how ~unexcited~ they were to see her.

After figuring out Heather was from Colton’s season, the current contestants expressed their anger over Heather’s appearance, saying things like: "You’re Bachelor hopping" and "You missed that one so you tried this one." Heather was quickly reduced to tears and waited away from the rest of the group at Matt deliberated having her join the cast.

"When I first saw you, I was shocked," he explained to her after taking some time to think through the situation. Matt explained how much Hannah’s opinion matters to him, but considering how deep he already was in the process, he wasn’t sure how it would work. "If the circumstances were different, it would be another conversation," Matt said. After telling Heather he already had strong feelings for some of his contestants, he sent her packing.