Stevie Nicks and Tom Petty had a long-lasting friendship, but the Heartbreakers’ frontman wasn’t sure what to make of Nicks when he first met her. Nicks was a huge fan of Petty and was determined to be his friend. She linked up with Petty’s wife and, together, they tried to form a friendship between the two musicians.

Nicks met Petty while she was working on her debut solo album, Bella Donna. She wanted Petty to work with her on the album.

“She was this absolutely stoned-gone, huge fan,” American Songwriter reports that Petty said in the book Conversations With Tom Petty. “And it was her mission in life that I should write her a song.”

Nicks’ enthusiasm was not reciprocated. Petty was wary of her because of the type of music Fleetwood Mac created.

“We were a little wary of Stevie,” he said. “We didn’t quite know whether to like Stevie or not, because we kind of saw this big corporate rock band, Fleetwood Mac, which was wrong, they were actually artistic people. But in those days, nobody trusted that sort of thing and we just kept thinking, ‘What does she want from us?’”

“Stevie went to work on Jane,” Petty said, per the book Gold Dust Woman: The Biography of Stevie Nicks by Stephen Davis.

Nicks invited Beyno into her close circle of friends, and the two women spent more and more time together. Nicks said they schemed to create a friendship with Petty.

“Jane and I figured it out long before Tom had any idea that we were scheming. And we did scheme,” Nicks said, per the book Fleetwood Mac on Fleetwood Mac: Interviews and Encounters. “I knew we would be good together — I’m not joining the Heartbreakers or anything: I’m just a friend. But every once in a while we can start singing and give everybody a little extra magic. Because it kills me, so it’s got to have an effect on them.”

Nicks and Beyno’s combined effort worked out. The Fleetwood Mac artist formed a friendship with Petty that would last 40 years.

After Nicks left rehab for an addiction to Klonopin, she worried that she couldn’t write songs anymore. She reached out to Petty for help.

Petty refused to help her. Instead, he offered his old friend some solid advice. 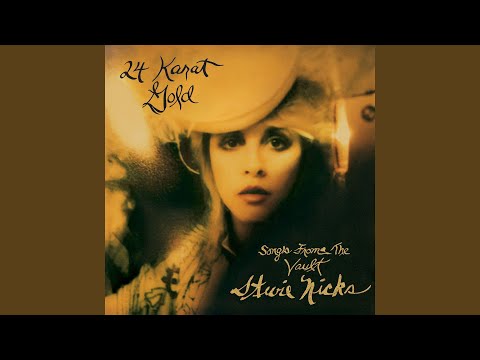 “He said, ‘No. You are one of the premier songwriters of all time. You don’t need me to write a song for you,’” she explained. “He said, ‘Just go to your piano and write a good song. You can do that.’”

The resulting song was called “Hard Advice,” and it was about the conversation with Petty.