Home » Celebrities » Simon Rimmer hits back at Sunday Brunch viewer amid confusion: ‘How very dare you’ 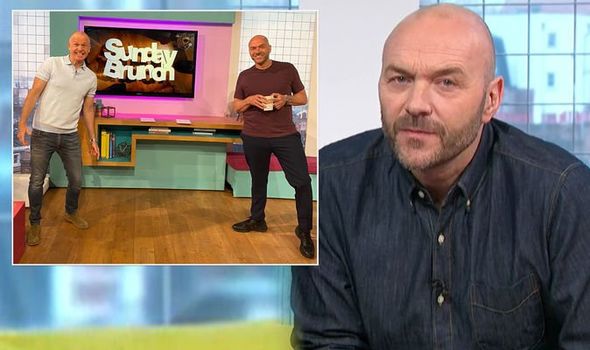 Simon Rimmer, 57, took to Twitter after last weekend’s show to respond to a social media user’s comment about his appearance.

The viewer claimed to have noticed something about the presenter’s clothing during the Channel 4 show, which she felt compelled to point out.

Following weeks of presenting the lifestyle and cookery show from home, Simon and his co-star Tim Lovejoy are now back in the studio.

In the latest instalment, they were seen chatting and cooking while practising social distancing in front of the television cameras.

The pair, who are now working with a much smaller TV crew, could almost be forgiven for relaxing their appearance for the new reformatted weekend show after months away.

However one viewer thought Simon had relaxed his appearance a bit more than expected. 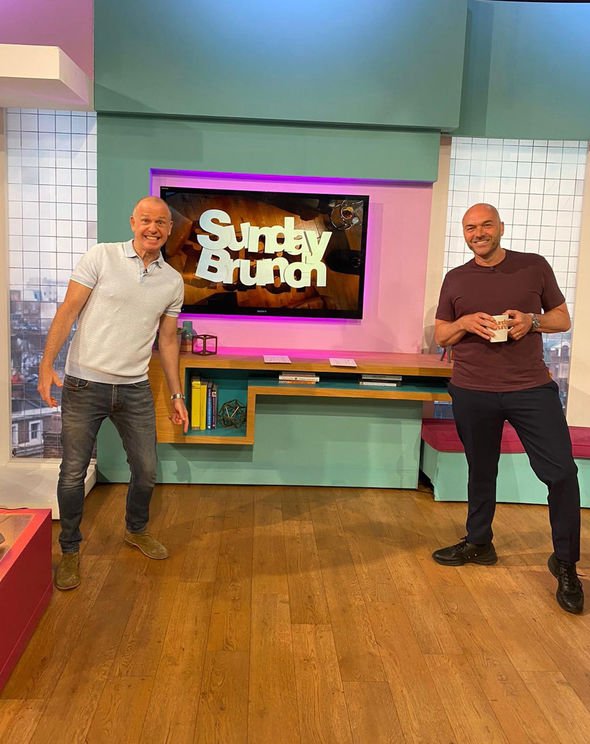 To which he replied: “Whaaat? how very dare you!” 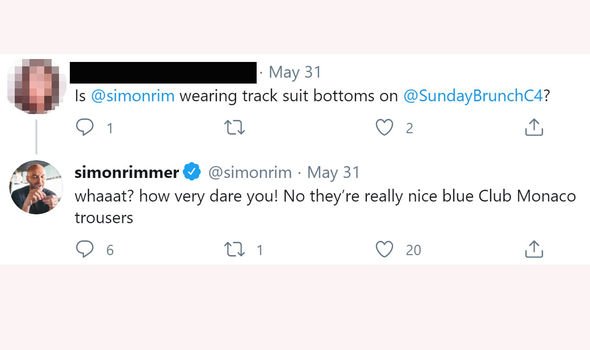 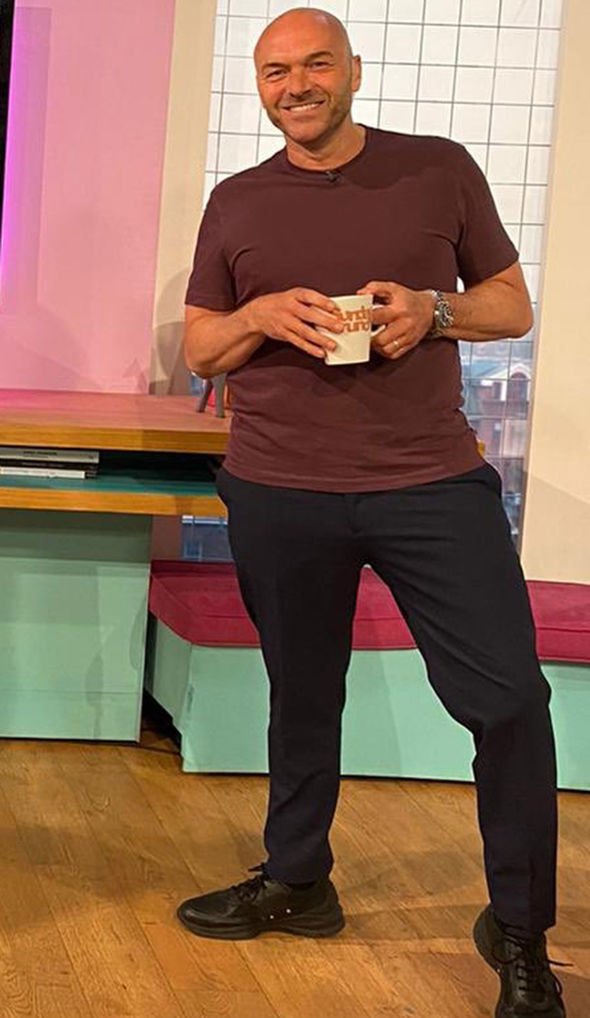 During an exclusive interview with Express.co.uk last week, Simon gave a rare insight into his homelife.

The restaurateur, who has been married to his wife Ali, 51, for over 20 years, revealed who takes over in their kitchen at home.

The TV star said the couple, who share two children together, both like to share the cooking responsibilities and preferred buffet style meals as they have found them to be more sociable.

“We both do the cooking. My wife used to be a chef and we both love it,” the father-of-two said.

He added: “It’s very rare in our house that someone will get a plate of food in front of them. What you’ll get is loads of food on the table and everyone just piles into it.

“Its a really sociable way of eating.”

Sunday Brunch continues today at 9.30am on Channel 4.