Home » Celebrities » Ruth Langsford: This Morning host inundated with questions about her underwear after video

This Morning presenter Ruth Langsford, 60, has given her Instagram fans what they want after many were seemingly left intrigued by her bra online. The presenter said her bra is “still going strong” after her Strictly Come Dancing days as she revealed all.

SO many asking what sports bra I wear!!!

After the TV star showed how she has been keeping fit while the whole nation is in lockdown, Ruth’s fans and viewers wanted to know what sports bra she was wearing.

She went on to detail exactly what she was wearing after being inundated with questions.

Alongside a photo of Ruth skipping and a close-up of her sports bra, she wrote to her 783,000 followers today: “Thank you for all your comments about my skipping efforts….

“SO many asking what sports bra I wear!!!” 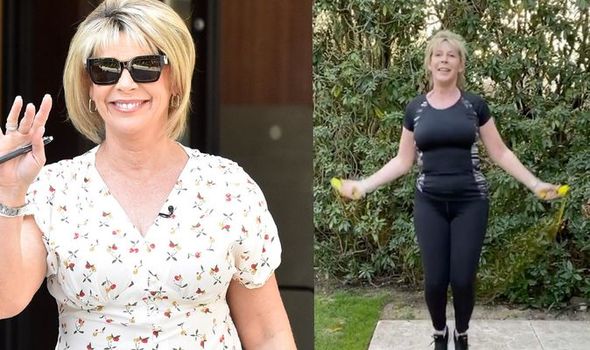 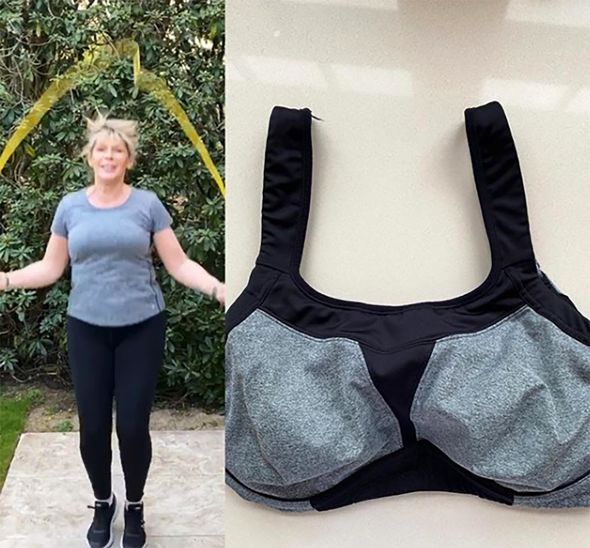 Ruth then continued and revealed: “Well, it’s this one from @marksandspencer.

“Bought 3 when I did Strictly and they’re still going strong!”

The Loose Women host added: “Don’t know if they still do this one but they might have something similar. #isolationexercises #skipping #sportsbra.”

One fan wrote to the ITV presenter to say that they also use “M&S bras” and explained: “They’re high impact one and they’re brilliant.

So…inspired by my previous post with @fitwithfrank (filmed in 2017 by the way for those asking!) I’m going to try skipping again! Loved it as a kid….bit harder when you’re 60! Only managed about 20 skips before I got tangled! If at first you don’t succeed …. #isolationexercises #skipping

“They don’t flatter you, they just keep them in place nicely.”(sic)

One fan then told Ruth that she inspired her to get into skipping during the lockdown.

They said: “That’s it I’m taking my skipping rope out – you’ve inspired me.”

Ruth is best known for co-hosting This Morning alongside her husband Eamonn Holmes, 60.

The TV host recently opened up about her “constant battle” about keeping up a healthy lifestyle.

“It’s not about being skinny, it’s about keeping moving.”

The ITV presenter also went into detail about how much body confidence she has.

She said: “I do have a certain degree of confidence myself, but it’s not that high.”

However, Ruth said her spouse, Eamonn, boosts her confidence and named a few of the many compliments she receives from him.

She explained: “He tells me: ‘You look fantastic, I think you’re really sexy, I fancy you.’ He boosts my confidence.”

The Truth About The Amanda Kloots Vaccine Controversy