The Prince and Princess of Wales visited Windsor on Thursday for their first royal engagement since the Queen’s poignant funeral on Monday.

MORE: 10 times the royal family opened up about grief

Prince William and Kate made a special trip to Windsor Guildhall to meet volunteers and operational staff to thank them for their involvement in the late monarch’s committal service held in the grounds of Windsor Castle.

WATCH: William and Kate make way for Harry and Meghan at Queen’s funeral

In particular, they wanted to thank the group for supporting the large crowds that gathered in Windsor to commemorate the Queen and watch the procession of her coffin up the Long Walk to the castle ahead of the service.

MORE: Why did the royal ladies wear gloves at the Queen’s funeral?

As per royal mourning guidelines, the royal couple appeared in black as a show of respect for the late Queen who passed away on 8 September. Kate looked particularly chic in a tailored black coat adorned with gold buttons, black heels and pearl drop earrings.

The royal couple travelled to Windsor

Prince William, meanwhile, opted to wear a smart navy suit and black tie. Members of the royal family will continue to observe the royal mourning period until Monday 26.

Their Windsor outing comes after William and Kate made an appearance at Her Majesty’s incredibly moving state funeral held in Westminster Abbey. A sombre-looking Prince William wore his military uniform as he joined the procession walking behind the Queen’s coffin. 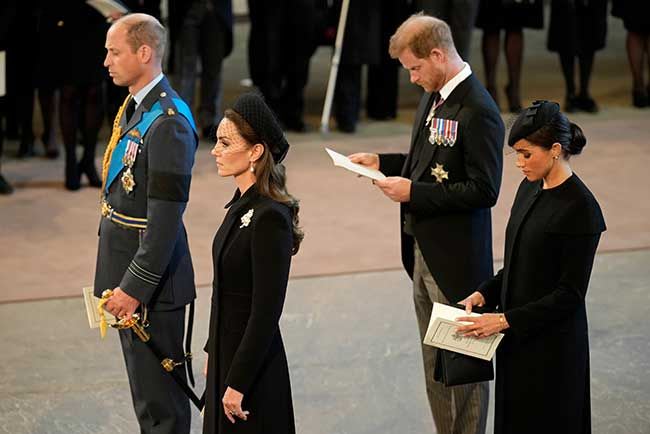 The couple brought along their two eldest children, Prince George, nine, and Princess Charlotte, seven. Also in attendance were the Queen’s children – King Charles, Princess Anne, Prince Andrew and Prince Edward – and their partners, the Queen Consort, Vice Admiral Timothy Laurence and the Countess of Wessex.

Although a sad time for the family, the Queen has now been reunited with her beloved husband, Prince Philip, as well as her family, King George VI, the Queen Mother and Princess Margaret. 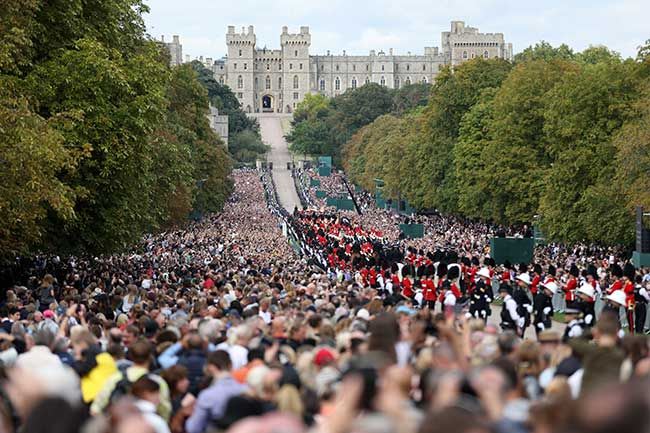 The family will all rest in the King George VI memorial chapel. Philip had previously been lying in rest within the royal vault, but had been moved to be reunited with his wife.

Make sure you never miss a ROYAL story! Sign up to our newsletter to get all of our celebrity and royal news delivered directly to your inbox.

Will BTS Drop Another Album In 2020? Here’s What To Know