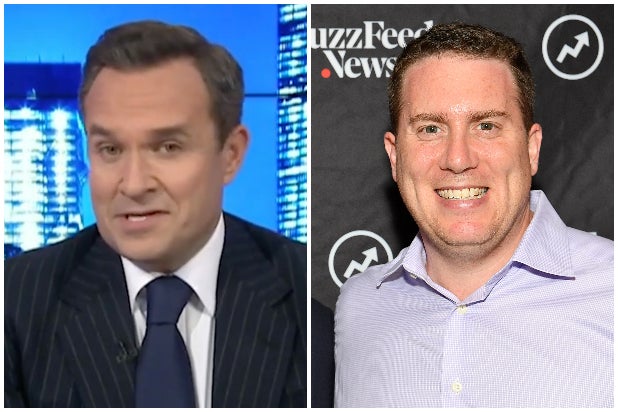 Tweeting on Monday, Kelly claimed that Smith’s Sunday column was just a “networking” opportunity for Smith and said the former editor in chief of BuzzFeed News was resentful of “anyone who’s been successful” at running a media company.

“Big, Comfortable and DUMB: BEN SMITH @nytimes columnist ‘jumped ship’ from @BuzzFeed after he ran it into an Iceberg, now writes the Laziest column in the world. ‘Networking’ for HIMSELF every step of the way,” Kelly tweeted. “Ben Smith ran a media company once (@BuzzFeed) spent money like a drunken sailor then lost it all and had to FIRE everybody (BUT HE managed to KEEP his job) — so I can understand how he’d RESENT anyone who’s been successful at it.”

“[Ruddy] has them watching a great story — a thriller, a whodunit — about a stolen election,” Smith wrote. “He thinks they’re stupid enough to fall for it, dumb enough to keep watching even after the fantasy inevitably dissolves, buying the supplements and the books and, crucially, tuning in to channel 1115 in large enough numbers that, eventually, the cable companies will pay him.”

The column also featured an interview with Ruddy, who said, “In this day and age, people want something that tends to affirm their views and opinions.”