After being accused of cultural appropriation for naming his new rum J’Ouvert and trying to trademark it, Michael B. Jordan has issued an apology and revealed that he will be changing the name.

Michael B. Jordan took to his Instagram Story to address the backlash he received for naming his rum brand J’Ouvert, which represents the start of Carnival in Trinidad. However, various Internet users pointed out that there is a much deeper meaning behind the word due to it pertaining to a period of enslavement and freedom in the country. Many people were furious that Michael was using the name without understanding why it would be offensive to Caribbean people, especially because he doesn’t appear to have Trinidadian roots himself. 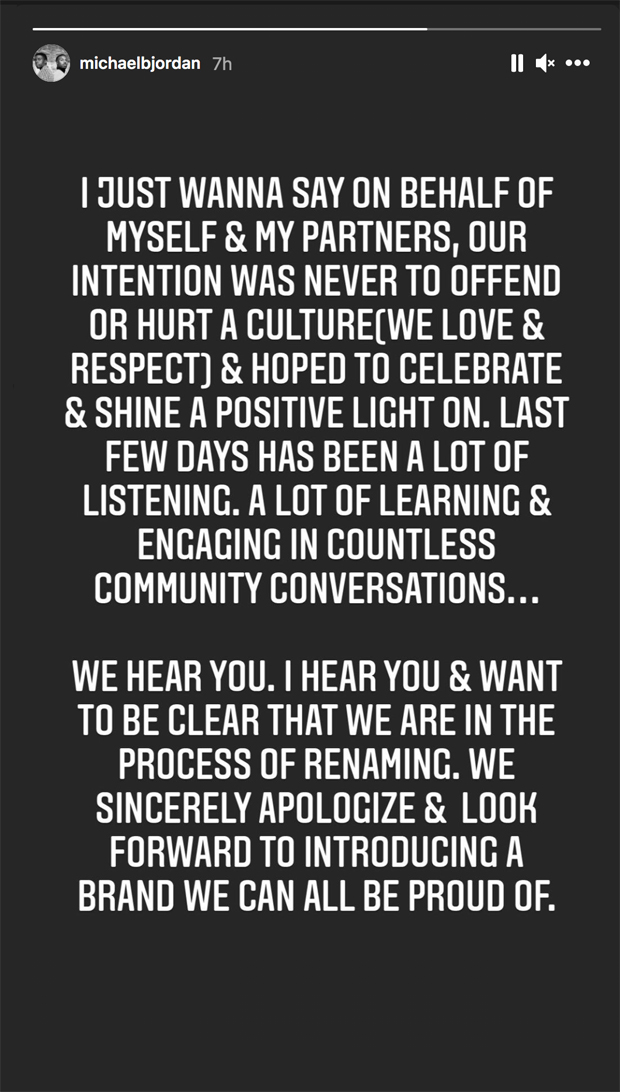 “I just wanna say on behalf of myself & my partners, our intention was never to offend or hurt a culture (we love & respect) & hoped to celebrate & shine a light on,” the actor wrote. “Last few days has been a lot of listening, a lot of learning and engaging in countless community conversations. We hear you. I hear you and want to be clear that we are in the process of renaming. We sincerely apologize and look forward to introducing a brand we can all be proud of.”

The criticism against Michael intensified when Nicki Minaj took to Instagram to explain why the Caribbean culture is unhappy with the J’Ouvert name. She re-posted a comment from an Instagram user, which explained the situation for those who do not understand. “J’Ouvert originated in Trinidad with the festivities of Canboulay, which was a time when sugarcane fields caught on fire and slaves were still forced to harvest the remaining crops before complete destruction,” the person wrote. “That event was reenacted and male slaves were mocked by their masters. However, after emancipation, the slaves mocked the masters mocking them.”

The Instagram user added, “[J’Ouvert] is the event that truly starts the main Monday and Tuesday Carnival street parade events in Trinidad. It was lated adopted by other Caribbean islands as they experienced emancipation throughout different periods in history. It’s not just about the name, it’s what it represents pertaining to enslavement and freedom.” With her re-post of the comment, Nicki defended Michael, but urged him to change the rum name. “I’m sure MBJ didn’t intentionally do anything he thought Caribbean people would find offensive,” she admitted. “But now that you are aware, change the name and continue to flourish and prosper.”

Several other Twitter users called out Michael for never seemingly attending J’Ouvert, yet still trying to profit off of it. One person also tweeted, “I’m so f***ing tired of the blind appropriation. There’s really no respect for Caribbean culture on a mass scale. We’re just an aesthetic to people.”

Here’s How Katy Perry Strategically Hid Her Pregnancy From Fans