Famed filmmaker Len Wiseman is getting court-ordered protection from a man he claims keeps showing up to his home, even once posing as a delivery man and using his outdoor spa.

Kate Beckinsale‘s ex-husband beelined it to court this week and got a temporary restraining order against a 29-year-old man named Jose Lamas, whom Len claims is getting way too comfortable popping up on his property without an invitation.

According to new legal docs, obtained by TMZ, Len claims Lamas recently showed up unannounced at his Laurel Canyon estate, buzzing the front gate and posing as a Postmates delivery man.

Len says when he told the guy over the intercom to scram, Lamas walked around the property and opened a side gate to the backyard, tried to get inside the home and then stripped down to his boxers and got in the jacuzzi. 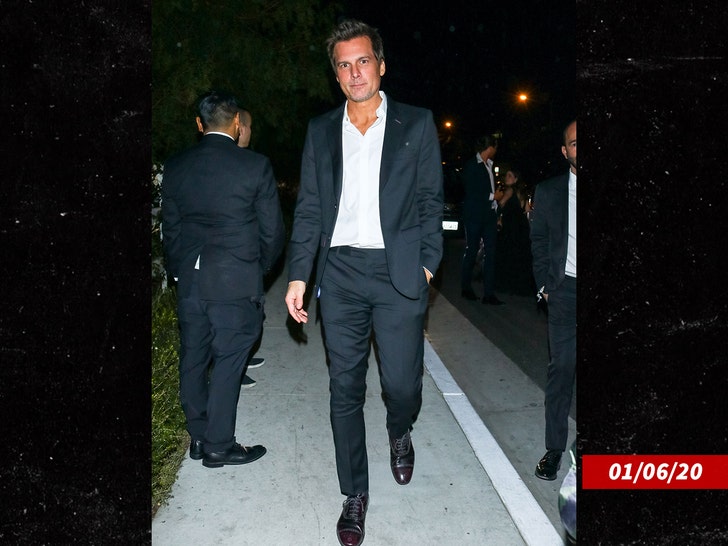 Len says the guy stayed in the hot tub for 45 minutes … leaving only when cops showed up and arrested him.

It sounds crazy … Len says there’s surveillance showing Lamas at his house the day before the spa incident … adding Lamas has been sending him threats on social media.

Len says the guy even reached out to him a couple days after the jacuzzi incident, sending him this message … “I am sorry to bother you. I am a stone cold loser and I swear I will never bother you again.”

But, Len says Lamas did bother him again … claiming the guy showed up at his home a third time, rattling the front gate and again trying to gain entry.

Len says when cops arrested Lamas for the jacuzzi romp, the guy told officers he was Len’s father and he played basketball for the Lakers.

Len says he now fears for his safety … and a judge signed off on a temporary restraining order, requiring Lamas to stay at least 100 yards away from him and to refrain from contacting Len in any way. There’s a hearing set for next month.