“They’re hooking up, but they’re not serious,” a source exclusively reveals in the new issue of Us Weekly. “She’s talking to a couple different guys. She has so many men after her it’s crazy.”

Jenner, 24, and Booker, 23, sparked romance rumors in April when they were spotted on a road trip to Sedona, Arizona. That same month, the reality TV star clapped back at trolls who mocked her past relationships with NBA stars. 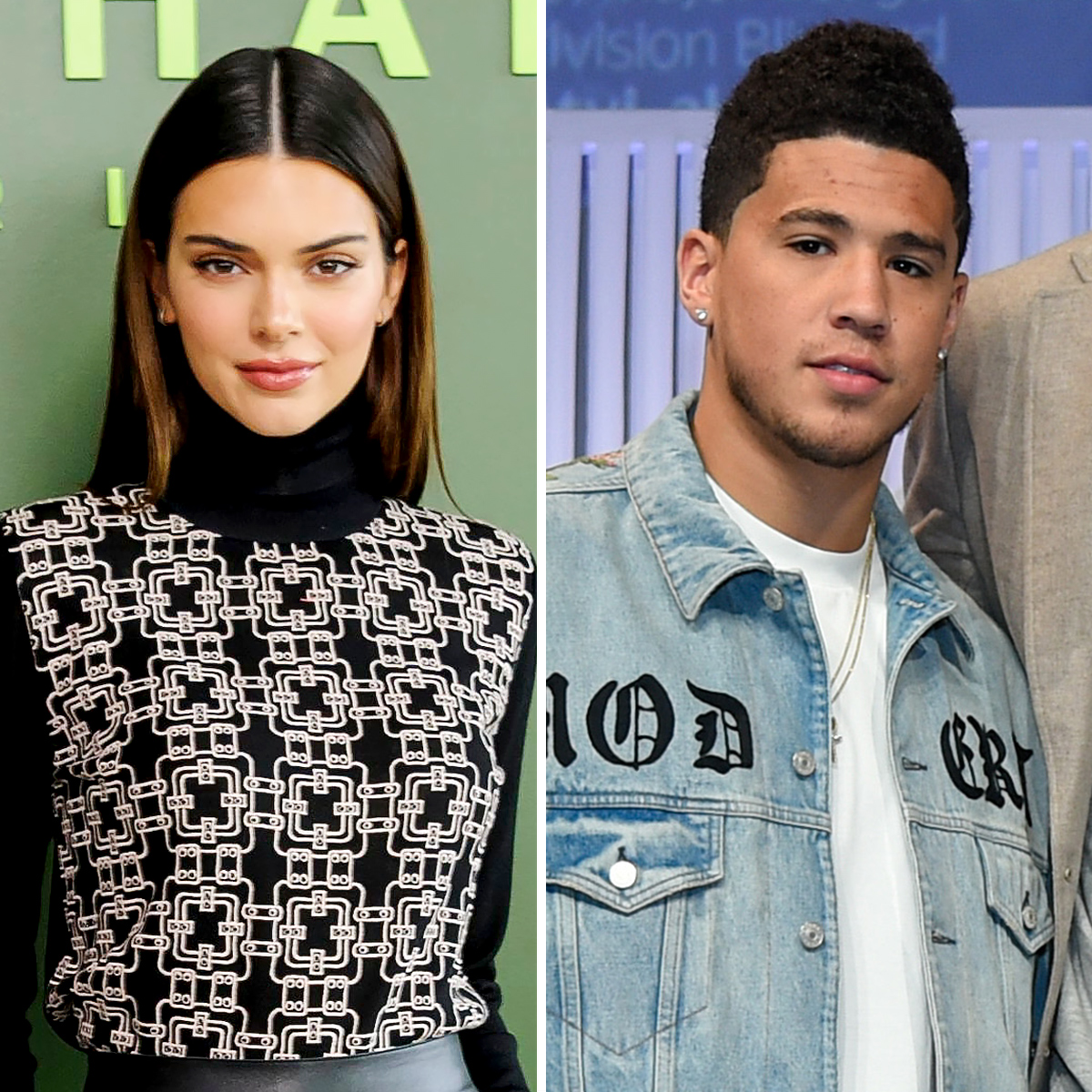 “They act like I’m not in full control of where I throw this cooch,” she tweeted, responding to users who claimed that pro ballers are “passing” her around and suggested that “maybe she [is] passing them around.”

In the following month, the pair fueled the speculation again when Jenner was seen picking up the Phoenix Suns player from the Van Nuys Airport in Los Angeles.

The supermodel previously dated Simmons, 23, on and off from 2018 to 2019. Though the duo reconnected earlier this year, Us confirmed that they were “not officially back together.”

“They both like having a no-strings-attached type of relationship with each other, for the most part,” a source previously explained. “They both work and travel frequently and don’t find it very realistic to be in an exclusive relationship with one another.”

Jenner has known Booker since 2018, when he was dating sister Kylie Jenner’s now ex-BFF Jordyn Woods. While Booker was linked to the 22-year-old model, Kendall and Simmons joined them for a double date in L.A.

For more on Kendall and Booker’s bond, watch the video above and pick up the new issue of Us Weekly, on newsstands now.

Bailee Madison Does a Dramatic Reading of ‘Full House’ Theme Song In Exclusive New Clip From ‘A Cinderella Story: Starstruck’