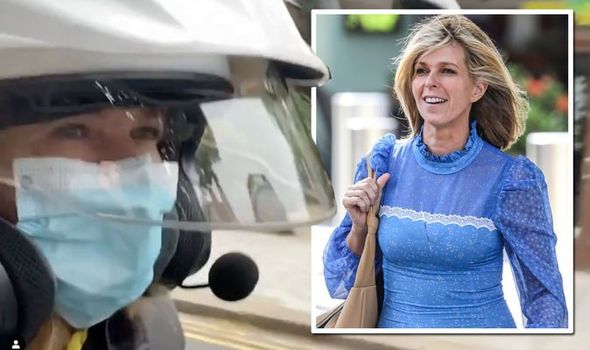 TV and radio star Kate Garraway told fans it felt good to be “back on the bike” and “braving” more via Instagram. The popular television presenter made her comments as she rode on the back of a motorcycle through central London to the Smooth Radio studios to present her midday show.

Kate, 53, who has had a very difficult six months, video herself making her way to work and posted the footage online.

The mum-of-two, who took a leave of absence from her radio show back in March after her husband Derek Draper contracted coronavirus, returned to the airwaves last week.

During her morning commute during her second week back, she attempted to talk to the camera while wearing a protective face mask as well as a helmet. 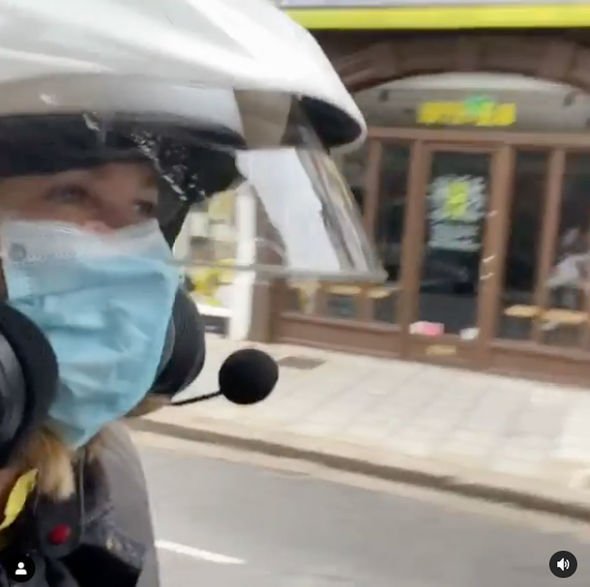 The muffled star could just about be heard saying: “So great to be back on the bike.”

Referring to the misty morning in the Capital city, she continued: “It’s all mellow mists and fruitfulness this morning.”

“If you can hear me through the helmet and mask, go and turn on Smooth Radio.”

Alongside her video clip, Kate spoke about “doing more” and “seeing friends” again following the very difficult period as her husband recuperates in hospital. 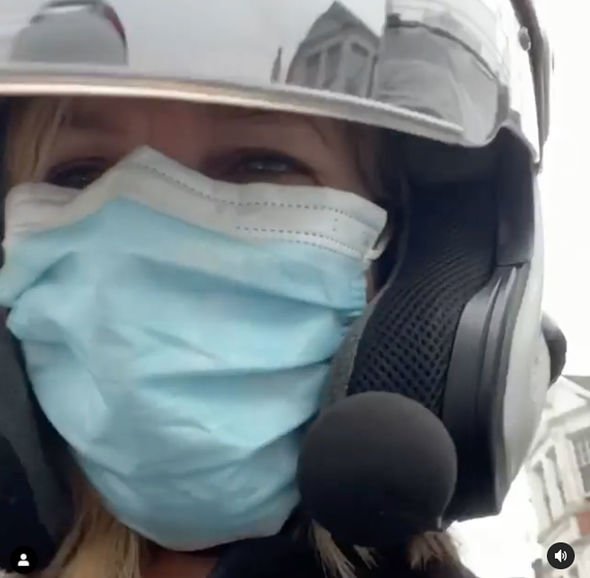 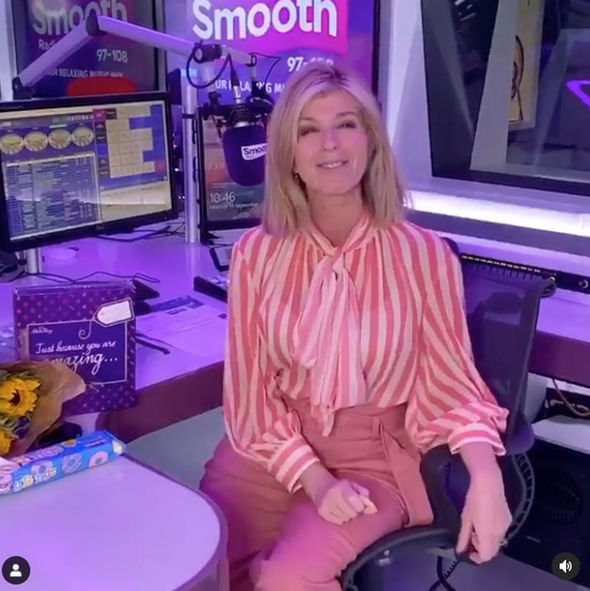 “Back on the bike & heading for @smoothradio – feels good to be braving doing more and seeing my friends from @limobikelondon again,” she captioned her post.

“Quite a combination isn’t it – mask helmet and wind!

“So in case u missed anything! I am just saying it feels all ‘mellow mists & fruitfulness’ this morning and am going to be getting some relaxing tunes to match on @smoothradio from 10,”(sic) the presenter went on to say.

Instagram followers and fans took to the comments section to praise the star of her positive attitude.

“You go girl,” wrote one social media follower next to the post.

“Good woman, you are so brave and strong,” another added.

Sharing a similar sentiment, a third remarked: “You are an absolute inspiration. Sending you much love n light right now. Keep on keeping on.”(sic)