The MTV alum, 33, dropped a comment beneath a silly photo Polizzi, 32, shared of herself and her 5-year-old daughter, Giovanna, on Monday, July 6. The selfie featured the businesswoman softly smiling as her little one made a funny face.

“Two types of girls ? ?? #MyBestie,” Polizzi wrote, to which Giancola replied in the comments section, “Aww haha! Like mother like daughter.” 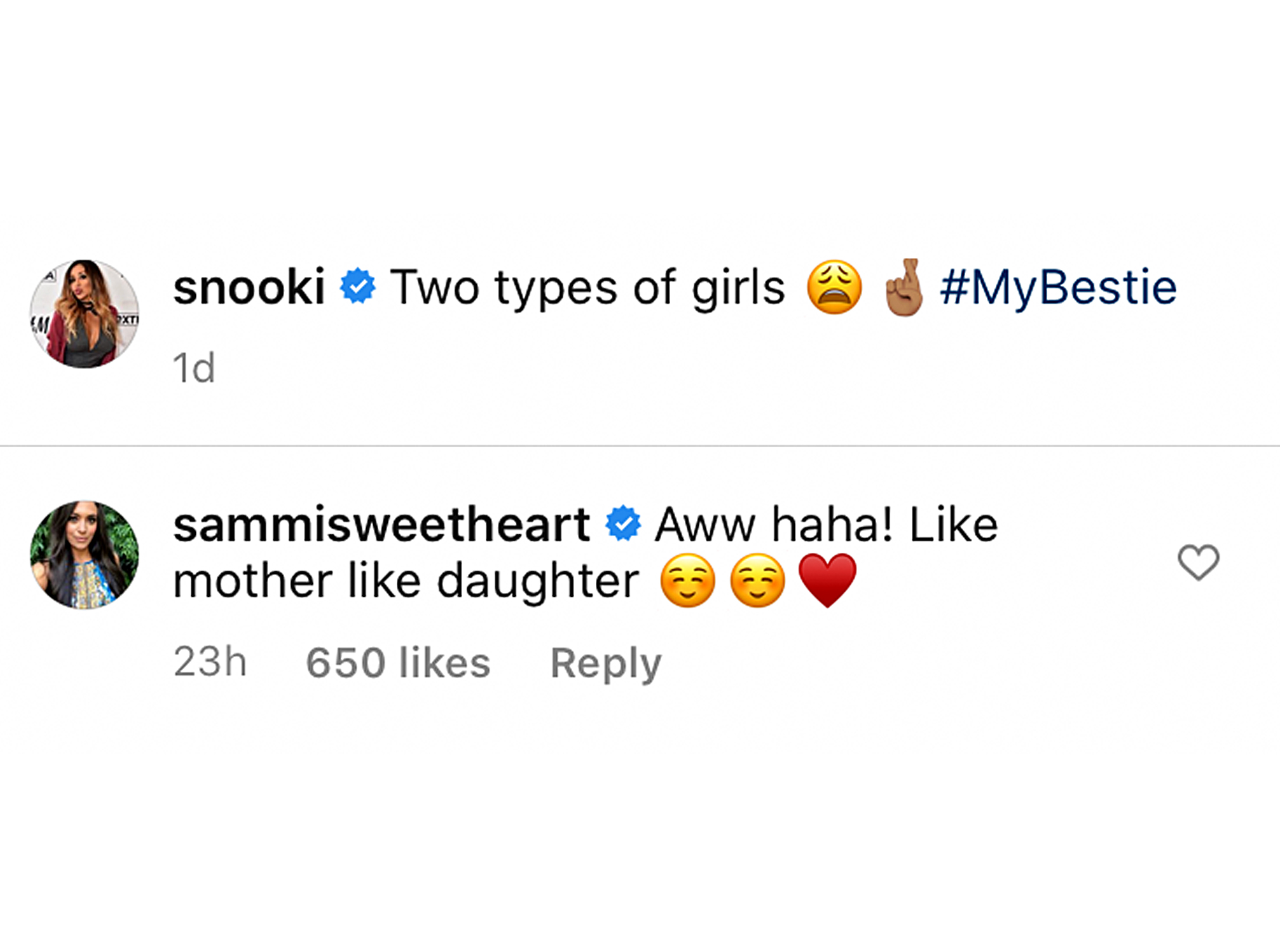 Giancola’s message of support comes after Polizzi showed her former castmate some love via social media last month. At the time, the mother-of-three commented with a single flame emoji beneath one of the future bride’s Instagram photos.

‘Jersey Shore’ Cast, Then and Now: How They’ve Changed

In March, the former reality star also wrote “Awww!” beneath a TikTok Polizzi posted of herself and her daughter on Instagram. 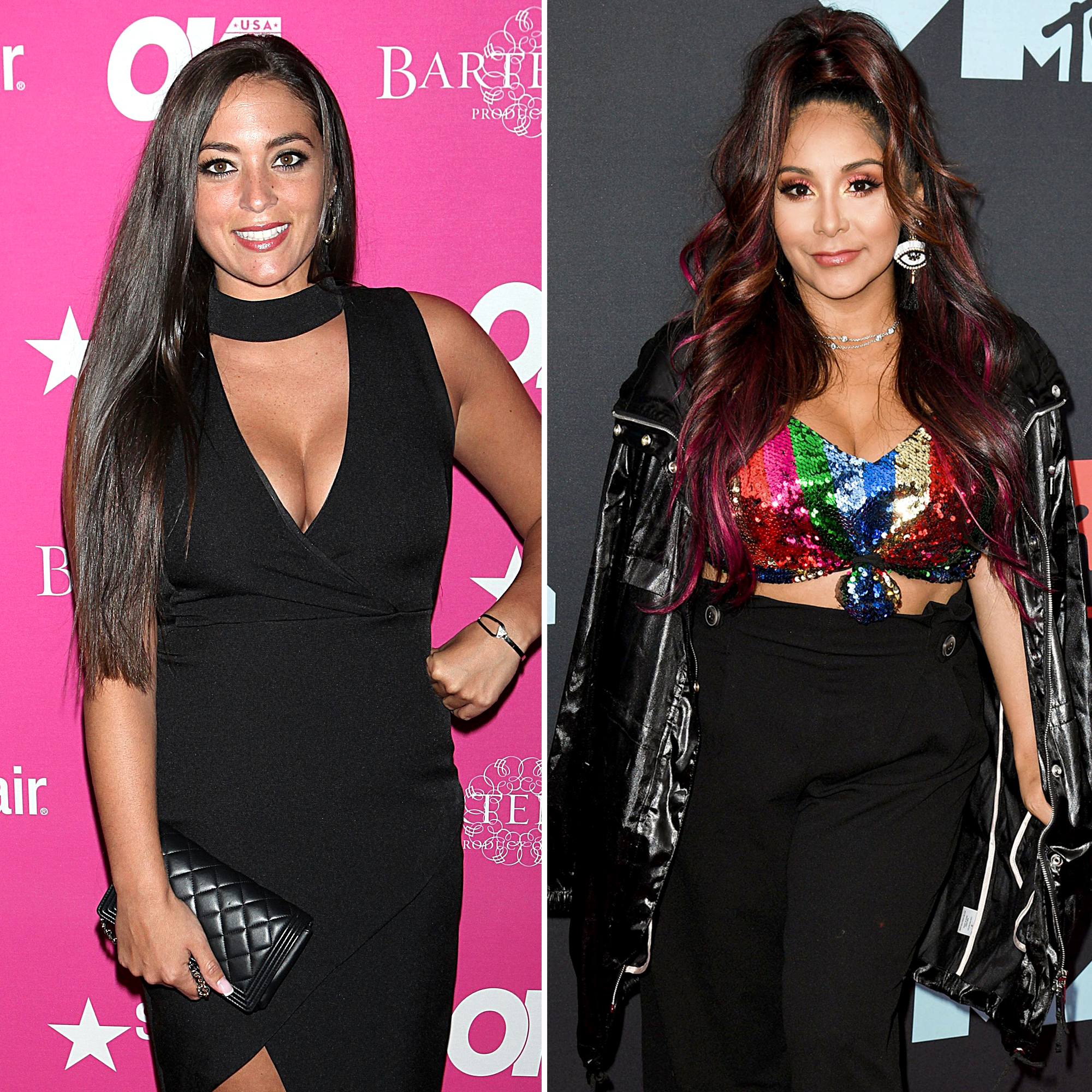 Polizzi and Giancola starred on Jersey Shore together from 2009 to 2012. Nearly six years later, the entire cast returned to their roots for MTV’s Jersey Shore: Family Vacation spinoff series. Giancola, however, opted not to come back.

In October 2019, a source exclusively told Us Weekly that Giancola has not been in contact with the Jersey Shore cast. “Some of the cast members have tried reaching out, but she hasn’t responded to them lately,” the insider revealed. “They would really like to still be friends.”

Polizzi announced her departure from the Jersey Shore franchise in December 2019. In light of her exit, costar Angelina Pivarnick suggested that Giancola should be Polizzi’s replacement.

“I said this in the beginning — like, years ago — that [Sammi] should return,” Pivarnick, 34, told Us that December. “But she’s living her best life. She’s getting married soon — good for her. She looks so amazing.”

Giancola has been engaged to fiancé Christian Biscardi since March 2019. When the couple released their wedding shoot photos in May, former costars Jenni “JWoww” Farley and Deena Nicole Cortese gushed over the images.

Though the status of Giancola’s friendship with her Jersey Shore castmates is uncertain, many from the bunch reunited on Saturday, July 4, to celebrate Mike “The Situation” Sorrentino’s 38th birthday. The gathering was attended by Polizzi, Vinny Guadagnino, Farley, Farley’s boyfriend, Zack Carpinello, Sorrentino’s wife, Lauren Pesce, Cortese and her husband, Chris Buckner.

Who Is The Trash Bag Killer On ‘Riverdale’? Betty Has A New Nemesis