Jamie Lynn Spears has stunned in a bright red ensemble, just one day after her big sis Britney criticized her for performing her song.

Jamie Lynn Spears, 30, has shared a mirror selfie while rocking a red blazer and matching mini skirt. The younger sis of Britney Spears, 39, took to Instagram on July 18 to share a snap of herself in the plunging, plaid top, which she paired with matching red pumps. She styled her long blonde locks in loose waves, and offered the camera a sultry pout while posing at what appeared to be a fitting.

“May the peace of the Lord be with you, and your spirit,” she captioned the pic, adding a peace emoji and red heart emoji. As fans would know, the post comes one day after the “Toxic” singer called out the former Zoey 101 actor for performing her track “Till The World Ends” at the 2017 Radio Disney Music Awards as a tribute.

In a July 17 Instagram post addressing her on-going conservatorship drama and the future of her career, Britney wrote, “I don’t like that my sister showed up at an awards show and performed MY SONGS to remixes!!!!” It was accompanied by a text image that read: “Take me as I am or…kiss my a**, eat s***, and step on legos.” She went on to say that her “so-called support system hurt” her “so deeply” despite “posting” supportive messages. 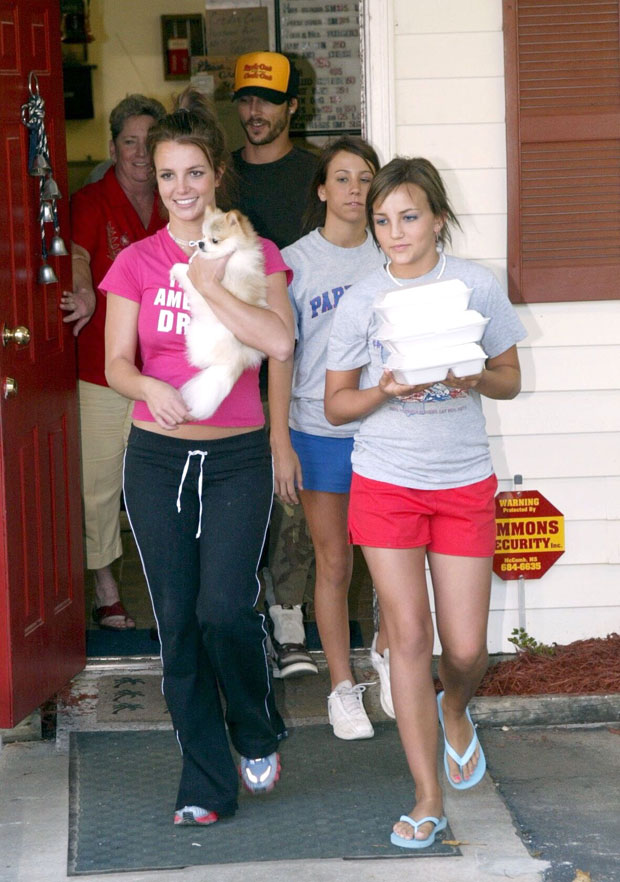 In late June, a judge denied Brit’s request to remove her father Jamie Spears as the co-conservator of her conservatorship. When she addressed the court for the first time ever, Britney compared her father to a “sex trafficker” who “loved” having control over her.

During the June 22 hearing, Britney said she “lied and told the whole world ‘I’m OK and I’m happy’ … I thought I just maybe if I said that enough maybe I might become happy, because I’ve been in denial. I’ve been in shock. I am traumatized. You know, fake it till you make it. But now I’m telling you the truth, okay? I’m not happy. I can’t sleep. I’m so angry it’s insane. And I’m depressed. I cry every day.”